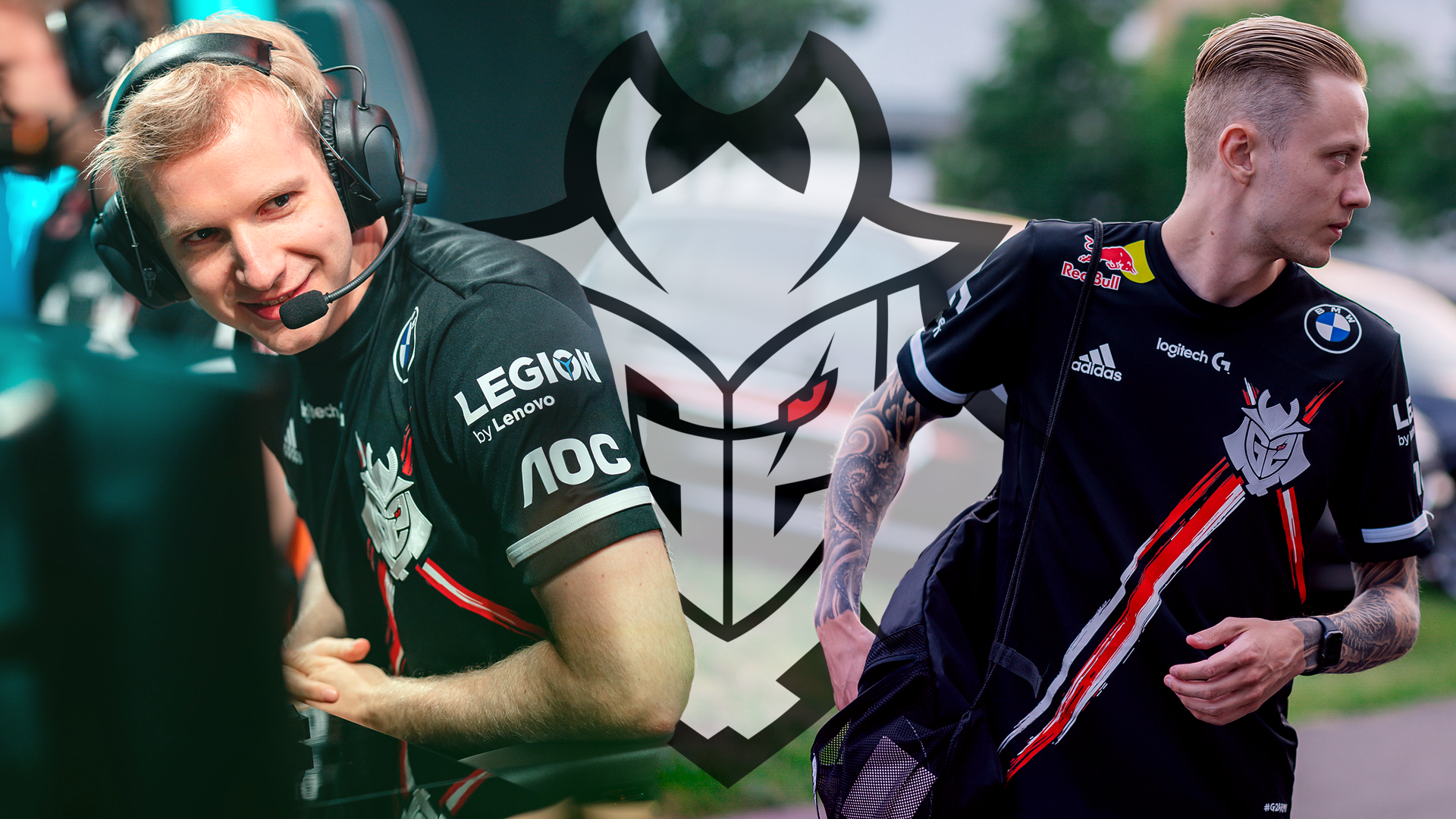 It’s hard to think that it’s been over 10 years since competitive League of Legends began, but for as long as many people can remember, G2 Esports has been synonymous with success. This legacy organization etched its logo on the Wall of Champions in the LEC Studio multiple times over, and it has always been a name anyone can count on to be a contender—both in Europe and at international events.

And yet, over these past couple of years, the kings of Europe were forcibly removed from the throne by the wolves at the gate. The hungry packs of young, talented stars are no longer willing to stand by while the household names of the LEC soak up the spotlight. They’ve now risen to snatch the pen and paper from the old guard to start writing their own chapters in the annals of their region’s history.

These stories are exciting and explosive, but they don’t leave much room for G2, a team that has quickly become a footnote made of side characters in a universe where they were once heroes. No longer are they the unstoppable force ruling with an iron fist, after finishing the summer regular season with a 12-6 record. They aren’t obliterating their opponents in this postseason like in the past, especially after their 3-1 series loss to MAD Lions earlier in the 2021 LEC Summer Playoffs bracket.

There’s only one more spot for Europe at this year’s World Championship. For G2’s current iteration, their place in the future of Europe depends on them winning the LEC and making this tournament again. But they now find themselves treading water in the deep end, trying to determine whether they’ll be able to join the cast of this wonderful tale or if they’ll become another story people look back on fondly as the league moves forward.

The death of Europe’s former rulers might have been exaggerated by some people, but their sudden fall from grace is something that not many fans saw coming. Two years ago, G2’s League team could be compared to a mythological creature, or an old wives’ tale of an unbeatable roster that had some of the most creative drafts we’ve seen with some of the most flexible and talented players in the world.

They were MSI champions and finalists at the 2019 World Championship. People still remember the fear that this roster brought to every opponent they faced—even if they were at a deficit—because they could find openings you didn’t even know you had, and they had strategies that teams didn’t even know existed.

Even in 2020, G2 still had some of that mystique around their roster, with two sweeps against Fnatic to win their third and fourth LEC championships in a row. They even returned to Worlds and reached the tournament’s semifinals before being eliminated by eventual champions, DAMWON Gaming. They could be proud to know they were one of three teams to take a game from one of the most dominant teams in Worlds history, and they could still call themselves the best in Europe.

When Perkz left the team for North America at the start of 2021, people were not surprised. It was a new chapter for the organization, and they needed to make a choice between him and Caps. As they ultimately moved on from the former face of the franchise, they went on to take the franchise man of their rivals by acquiring superstar and former Fnatic AD carry Rekkles. But unfortunately for G2, this replacement star couldn’t help their galaxy shine as bright.

Granted, Rekkles didn’t miss a step with his own individual performances. This past summer, for example, he had the most kills, the second-highest KDA, and the highest share of his team’s kills in the league, according to Oracle’s Elixir. The team couldn’t ever find the same level of play as a single unit, however. In the spring, support Mikyx said they finally succumbed to the strains of stagnation and complacency was a big reason for their downfall that split.

“After winning for a while, you just kinda take it for granted that you’re gonna win anyway, and maybe you don’t put as much effort,” he said. “But now that we’ve lost, I think everyone is going to take it much more seriously for summer, and we’re going to be much better.”

And yet, after a summer of uncertainty, it’s clear complacency isn’t the only issue with this team. The G2 curtain has been pulled away, leaving a decently strong team that isn’t so untouchable after all. The LEC’s level of play has risen to unprecedented heights this past year, with multiple new teams taking their place at the summit of the league. Maybe G2’s dominance helped cultivate such competition, forcing teams and players to keep growing and elevating their game to reach their level. Now, it’s G2 that must give chase to the young guns that have passed them on the way to the top.

Caps, Wunder, Jankos, Rekkles, and Mikyx are superstars that have all experienced adversity before, but this is the first time they’ve stumbled as a single unit while donning the black and white samurai logo on their chests. The League scene does not stop for anyone, and this lineup is very familiar with this chase. Wunder and Mikyx have been underdogs with Splyce, Jankos has suffered many disappointing seasons with H2K Gaming and ROCCAT, Caps has lost on some of the biggest stages in the world, and Rekkles has been denied greatness across his entire career, over and over again.

This roster must find the same hunger they had before they won all the trophies—before they were called the kings of Europe and before they were on top of the world. They need to harness the same drive and passion they found that eventually led them to becoming the G2 the League community has come to know, hate, and love.

After this year, the sweeping winds of change will be blowing for many teams in the region, and G2 might not be invulnerable to the breeze. Regardless if this is the last time we’ll see these five players together, they must show their samurai spirit and prove they are still a team to be respected—even though some people are already moving on.

You can catch G2 in action when the team steps onto the stage on Sunday, Aug. 22 against Fnatic.