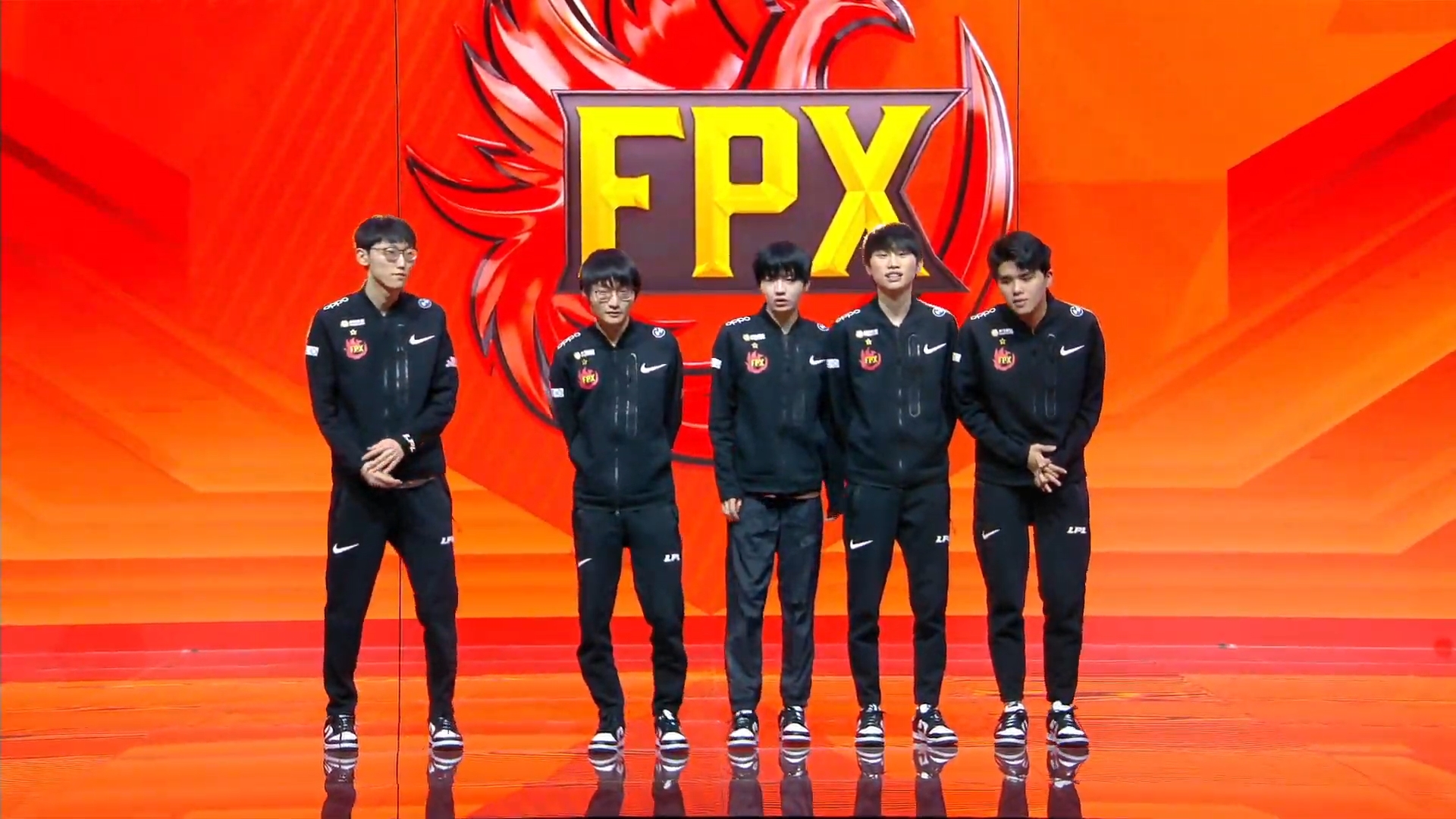 LPL powerhouse FunPlus Phoenix defeated Team WE in a clean 3-0 earlier today, advancing to the 2021 LPL Summer Split finals. The team is the first to earn passage to the 2021 League of Legends World Championship by earning at least 110 Championship points due to securing at least a top-two finish in the playoffs.

Coming back with Nuguri on the top lane instead of xiaolaohu, FPX put up a convincing performance with a fast-paced and aggressive playstyle. It didn’t prevent them from stalling and taking their time when in control, eating Team WE’s resources bit by bit without committing to unnecessary teamfights.

FPX midlaner Doinb was voted MVP of the first two games on Twisted Fate and Irelia. He enabled his teammates to snowball by roaming all around the Summoner’s Rift when necessary, while jungler Tian wreaked havoc on Viego, a pick he chose for all three games.

Lwx and Crisp’s bot lane too saw some bloodbaths where they won two vs. two fights, even though WE Missing’s Blitzcrank precise hooks made them struggle in the first game.

The heavy expectations on FPX’s shoulders seemed to kick them into gear in the summer, showing incredible consistency throughout the season. After earning second place in the Spring playoffs and a fifth-place finish during the regular season, they ended the Summer Split in first place and look unbeatable coming into the finals. FPX has yet to lose a game in the playoffs.

Team WE still showed some interesting plays during this series, especially in the first game where they came back in the mid-game after losing the edge early to FPX. They focused on preventing their opponents from having good vision on the Rift, hiding in the fog of war to pick up some kills. They ultimately lost one key teamfight in the late game due to Nuguri’s multiple crowd control tools on Kennen, however, which led to their loss.

This isn’t the end of Team WE’s journey in the 2021 season, though. They will have a chance to come back into the winner’s bracket when facing off against EDG on Aug. 29, at 4am CT for the loser bracket’s final series. FPX will then play the winner on Sept. 2.