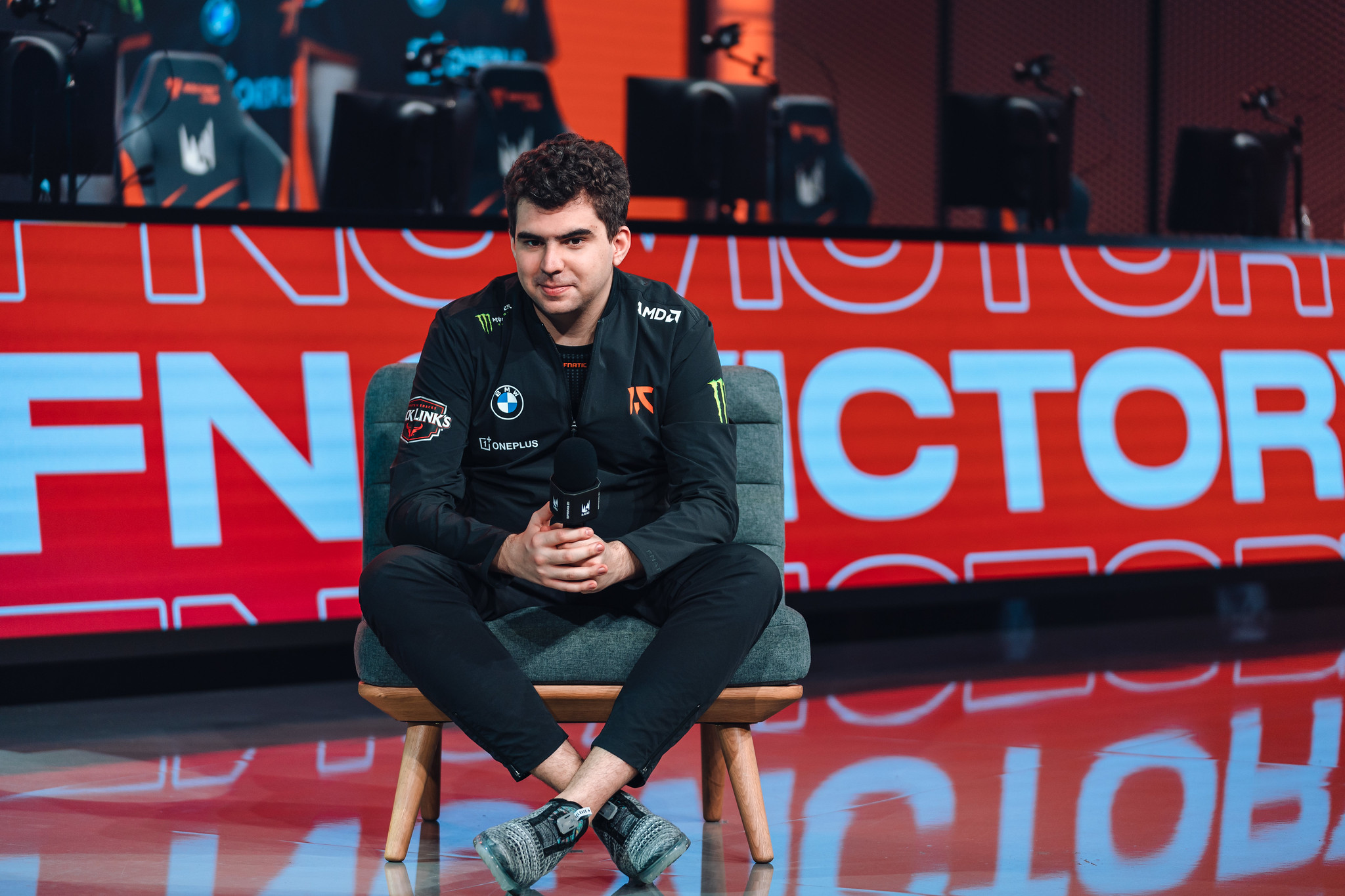 Following the 2021 LEC Spring Split, Fnatic was set to make some significant changes to its League of Legends team after falling out of the playoffs early against Schalke 04. The team announced the addition of former Karmine Corp top laner Adam earlier today, but the 19-year-old also confirmed that Bwipo will be role swapping to the jungle position in a recent interview with the LEC’s Laure “Bulii” Valée.

“I think that he can probably help me a lot in the top lane, because he has a lot of experience,” Adam said. “I’m really lucky that he’s staying on the team even if he’s role swapping, because he can still help me improve. He has started to train in the jungle over the past few months and he’s already had some duos with Hylissang.”

The young addition also said Bwipo will probably be a leader for the team in terms of communication this split, especially with him taking on this new role. In the end, Adam believes that they’ll get along well due to their similar aggressive playstyle.

Since it seems like Bwipo will be the team’s new jungler, this also means Fnatic could be moving on from current jungler Selfmade. The 21-year-old star joined the roster at the end of 2019 but was unable to win an LEC trophy with the organization. He did help the team reach the World Championship in 2020, but they suffered a heartbreaking reverse sweep loss at the hands of the LPL’s Top Esports in the first round of the knockout stage. Dot Esports reported earlier this month that Vitality has reached a verbal agreement with Fnatic to buy out Selfmade.

In a humorous tweet, Selfmade even responded to the Adam announcement by saying, “yo announce me leaving.” The team, on the other hand, has not confirmed his departure yet.

As it stands, Fnatic’s 2021 Summer Split roster consists of Adam, Bwipo, Nisqy, Upset, and Hylissang. Many pundits will be curious to see how Bwipo stands up to the rest of the star junglers in Europe in his first split in the role. Additionally, fans will want to watch Adam and his ability to adapt from the LFL and European Masters to the teams and players in the LEC.

You can watch this new-look Fnatic squad in action when the 2021 LEC Summer Split begins on Friday, June 11.