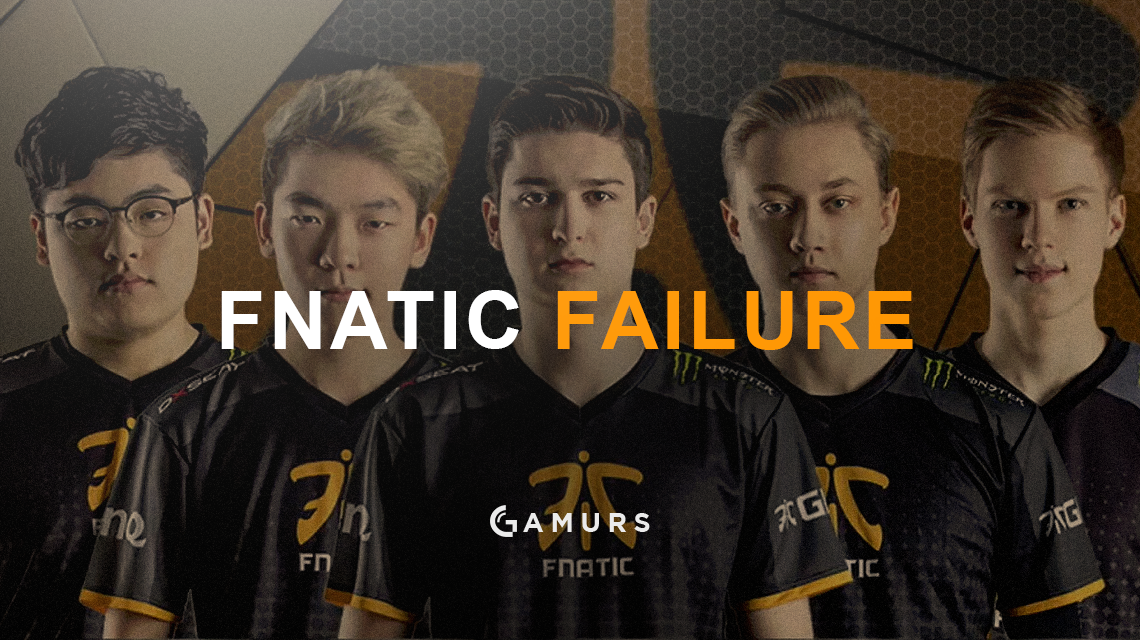 The first ever article I ever wrote for GAMURS was about Fnatic’s failures during the time Bora “Yellowstar” Kim had left the team to give North America a shot to see if he could be something greater than just a one team man. Yet, after many months, it feels like the problems facing the organization are far above and beyond simple support issues.

Fnatic’s prospects of a repeat visit to the League of Legends World Championships have been severely dented following their shocking defeat to fellow title-chasers H2k-Gaming, which you can read more about here. With all eyes now on them scrutinizing the plays that were made on the night and the choices, the fall of Fnatic from its pinnacle as the number one team can all be accredited to a multitude of reasons.

The loss of long-time coach Louis “Deilor” Sevilla will surely go down as one of the main factors behind Fnatic’s costly quarterfinal exit in the summer split tournament. With a new coach being brought in to replace him after so long, it was guaranteed that Fnatic would struggle to adapt to this first major change within in the final few weeks leading up to their match against H2k. It was all to be seen during Deilor’s last few games in charge, where the team was going through multiple rough patches and dropped down from second in the league to where they finished at the end of the split, in sixth place.

Also, the acquisition of G2 Esports former top laner Mateusz “Kikis” Szkudlarek to replace Fnatic’s top-laner Noh “Gamsu” Young-Jin so close to such an important time for the team will also be showered with scrutiny due to its adverse effects on the well-being and state of mind of Fnatic’s jungler Lee “Spirit” Da-yoon. Spirit is an extremely close friend of Gamsu, and he was looking physically distraught before, during and after the game, leading many to believe Spirit will not be sticking around with Fnatic after Worlds. Regardless of the outcome Fnatic as a team and organization faces, many rumors are already beginning to swirl of a return to the East for this such highly rated jungler.

But on the topic of Kikis, it has been stated numerous times that the acquisition of him to replace Gamsu was all down to a swift decision by the organization. Many fans believe this decision was unloyal to Gamsu’s hard work and efforts that he put into the team and the organization, with Kikis obviously showing signs of frustration to fit into a severely lacking Fnatic team and its playstyle.

I would also like to take a brief moment to look at Fabian “Febiven” Diepstraten, and note a few things Thorin mentioned in his feature article. I agree with Thorin on many of the topics that he brings up; Febiven had a horrid split, his worse performance to date since being a part of Fnatic with many sloppy plays gifting H2k much needed first bloods and kills to help stomp their way to their 3-0 victory. Why I won’t be going into a lot of detail on Febiven is because I believe it would be copying a lot of what Thorin has gone into detail about. I implore those reading this to go read Thorin’s article to find out more extensive details on Febiven as a whole.

When we combine everything, it boils down to this: Fnatic had a terrible year. What was a promising outlook after the loss of Huni and Reignover after an impressive Worlds 2015 display turned into carnage. The organization as a whole has a lot of work to do to redeem itself and they face a long recovery period to reach the heights they were once at.

What do you think of Fnatic this split, what do you think was the underlying problems facing the team and what would you change if you had been a part of the coaching/management staff? Let us know at @GAMURScom on twitter and tweet @MonkeyKingHero if you have an questions.