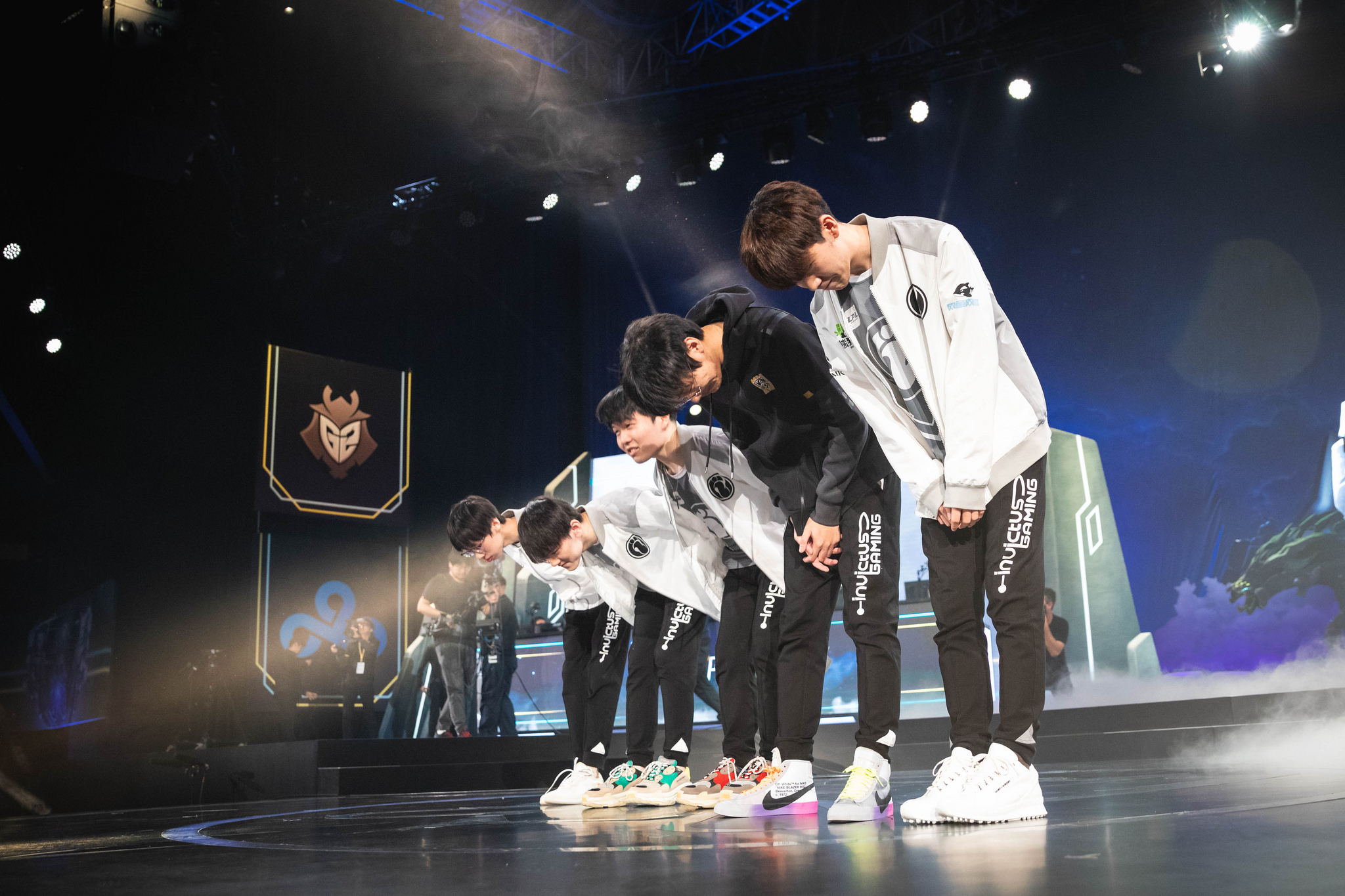 For the first time since season one, a Korean team will not be in the final at the League of Legends World Championship. That year, Fnatic won the title, and they’re the favorites again tonight.

But there are a few Koreans playing in the final. They’ll be on the side of China’s representative, Invictus Gaming. And even though they’re going into the last battle tonight as underdogs, they just might be good enough to pull out one more series and keep alive the legend of Korean talent.

So what chance do IG have at winning it all tonight and redeeming Asia? Here are five reasons they’ll take home the Summoner’s Cup.

Any discussion of IG’s chances tonight has to start and end with Rookie. He’s the best player in the world and IG’s best shot at winning it all tonight.

Related: Rookie’s amazing journey from Korea to China and back.

Rookie was the first player that IG focused on years ago when they started building a championship-worthy roster. His path has been long and difficult, which makes his journey to this moment all that sweeter.

Back on Korean soil, Rookie is playing like an absolute monster. He destroyed Fnatic mid laner Rasmus “Caps” Winther—one of the best mids in the world—in their group stage games. Caps was so tilted that he almost threw Fnatic’s quarterfinals series vs. EDG before roaring back last week vs. Cloud9.

Fnatic will no doubt devote multiple people to mid lane to try and shut Rookie down. Rookie has to survive that pressure and extend his influence all over the map. If he pulls it off and wins Worlds, he’ll invoke the name of another Korean giant: Lee “Faker” Sang-hyeok.

So Rookie basically needs to play like Faker. No big deal.

Rookie’s map pressure enables a playstyle that IG have honed throughout the year, their 1-3-1 split push. That’s what made their series vs. G2 so interesting: It was basically a match of teams who wanted to do the same thing. IG just did it better.

But when that doesn’t work, IG can fall back to other styles as well. In the quarterfinals, they beat kt through a combination of splitting and teamfighting. They even made kt abandon Aatrox, one of the best solo laners, to focus on five-vs-five team comps. In the third game against G2, it was their own Aatrox that brought the pain in a key objective fight around dragon.

At their best, Fnatic can counter multiple style as well. But IG will test them in many phases of the game, from splitting to skirmishing to teamfighting. And if IG can expose any weakness, they’ll be quick to pounce on it.

Throughout most of the tournament, G2 Esports has been one of the slowest teams. Even in the play-in, where their level of play should have been far superior to the teams they placed, they moved like glaciers.

IG looked at their staid, macro-heavy style, and lit it on fire. Each game ended in less than 30 minutes as IG raced ahead and snowballed relentlessly.

Fnatic are more apt to handle that pace, but there is still risk that if things move too fast, IG could snowball a single lane or player faster than Fnatic can handle. We saw the damage IG top laner Kang “TheShy” Seung-lok could do pushing to the base on a champion like Fiora. There will be times this series where IG are cruising and Fnatic will be challenged to stabilize the map and get their wits about them.

If IG do get ahead, that would enable one of their most talented but inconsistent players: bot laner JackeyLove. Just check out what he did against Fnatic in their first game at Worlds this year:

That’s an awful Baron call from Fnatic and what should have been a Pentakill for JackeyLove that was stolen by his scumbag mid laner.

JackeyLove is one of the strongest mechanical players in the world. He’s one of few players at Worlds that actually plays Kai’Sa well, and he’s also smart enough to know when that matchup is bad and how to counter it.

He has a big challenge against Rekkles, who can play a non-interactive champion like Sivir and just sit in lane forever. His solution to Sivir in the G2 series was Lucian, and he popped off in that game. If he can do the same to Fnatic, IG could win all three lanes and stomp the series.

We weren’t kidding when we wrote that the series starts and ends with Rookie. Rookie, TheShy, and Lee “Duke” Ho-jong give IG a unique blend of solo lanes. Of all the teams at the tournament, only Fnatic brought a similar array of players at the top and mid lane positions.

We have a feeling that the team that dominates those areas of the map will be the one that brings home the trophy. There’s a lot that goes into solo lane dominance: IG’s jungler and support have to continue playing at an extremely high level to match Fnatics strength there. IG have to provide ward control to avoid getting caught out. They can’t take bad fights like they did in their losses to Fnatic in the group stage. The mechanics of the support players need to be better.

But if all that goes well, IG’s solo laners are good enough to bring it home. It would be strange irony if those three Korean players won the Summoner’s Cup on Korean soil but playing for a Chinese team. But this Worlds has been filled with wild upsets and crazy stories—one more would finish things off perfectly. We’ll find out tonight at 2:30am CT if IG can pull it off.