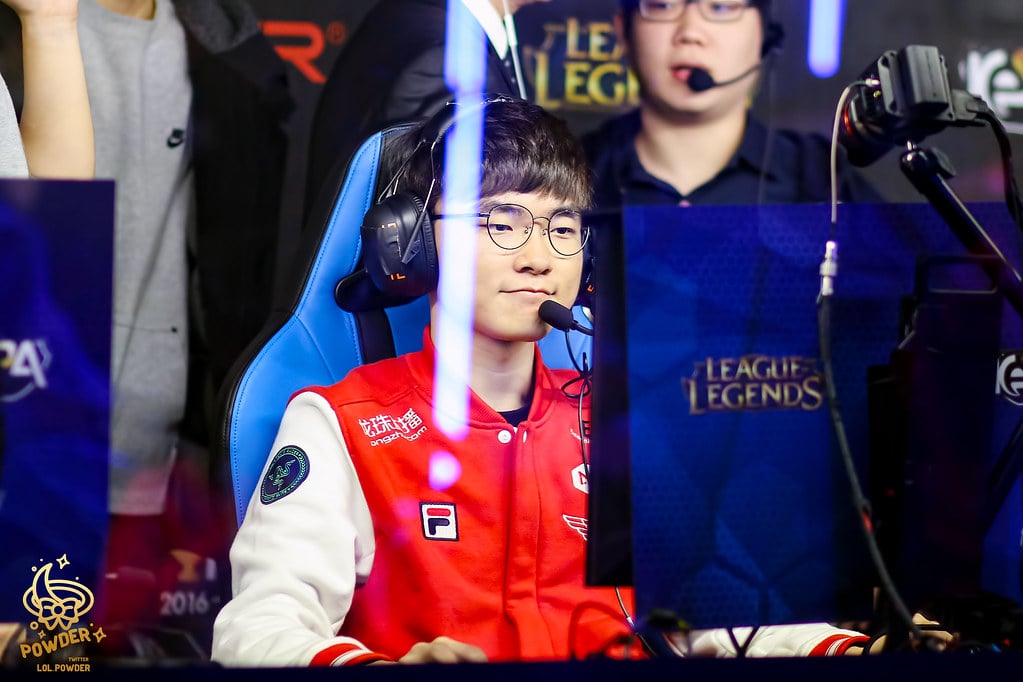 One of the best mid laners in League of Legends history Lee “Faker” Sang-hyeok had the option of moving to Los Angeles and competing in the North American region this year for a price of his choice—but the star player turned the offer down.

While appearing on Korean talk show Radio Star, Faker revealed that he was offered a blank check from a North American organization, meaning that he would decide how much money he would earn from playing for the organization. When asked about the subject, he said “I haven’t seen the contract myself, but I think so.”

This means that Faker could have set a record as the highest salaried player in the LCS.

Considering Faker is arguably the best esports player of the decade and one of the most popular figures in competitive gaming, it’s easy to see the reasoning behind the offer. A move to North America would be unprecedented for Faker; it would be the first time he played for an organization outside of Korea.

Faker’s former contract with T1 ended in 2019, leaving many fans wondering where the mid laner would end up for the upcoming season. But Faker quickly re-signed with T1 for another two years in November.

Faker said that he decided against making the move because he didn’t want to let the Korean fans down and it would be easier for him to stay in Korea. Considering Faker’s stature, he is likely set to stay with T1 for the foreseeable future.