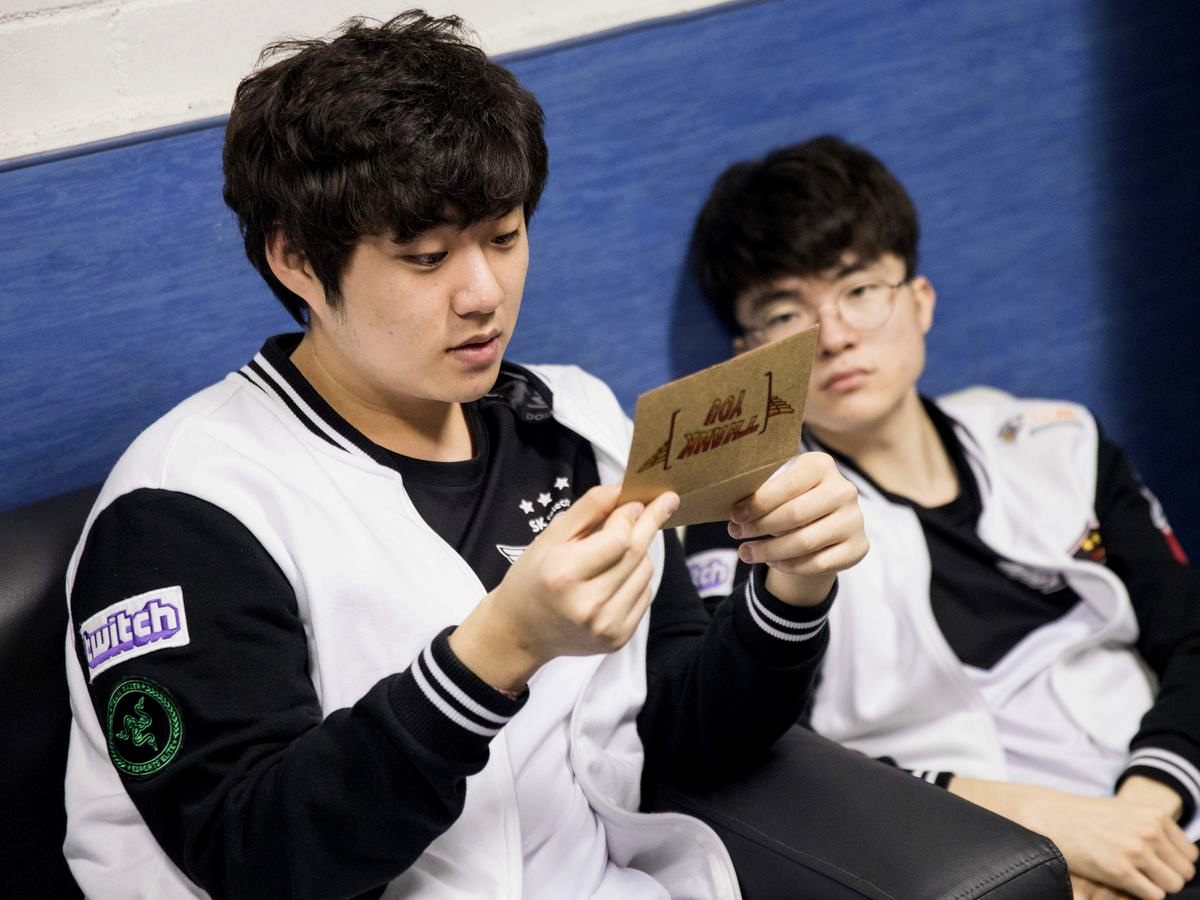 Even the best player in the world suffers from tardiness.

Following SK Telecom T1’s 2-1 victory over KT Rolster earlier today Bae “Bang” Jun-sik and Lee “Faker” Sang-hyeok were asked to name an attribute they envy of one another.

While Bang gave a thoughtful answer and described Faker’s diligent work ethic as “amazing,” Faker jokingly said that, as someone who is frequently late, he envies his AD carry’s punctuality.

“I’m late quite often, but Bang is never late,” Faker explained when talking about morning practice, according to a Slingshot Esports translation. “I want to be more like him in that regard.”

Faker and Bang have been playing with one another for almost three years, and have experienced both the highs and lows of being a pro gamer together.

Almost exactly a year ago, SKT failed to reach the 2016 Summer Split finals after falling to KT Rolster in a devastating reverse sweep. This year, however, SKT plan not to make old mistakes, and look to finish the Summer Split regular season in first, guaranteeing the organization a spot in the finals.

And with today’s win over KT Rolster, SKT are on course to reach this goal. Now first place in the standings, Faker may take a break from his non-stop practice to work on his tardiness.