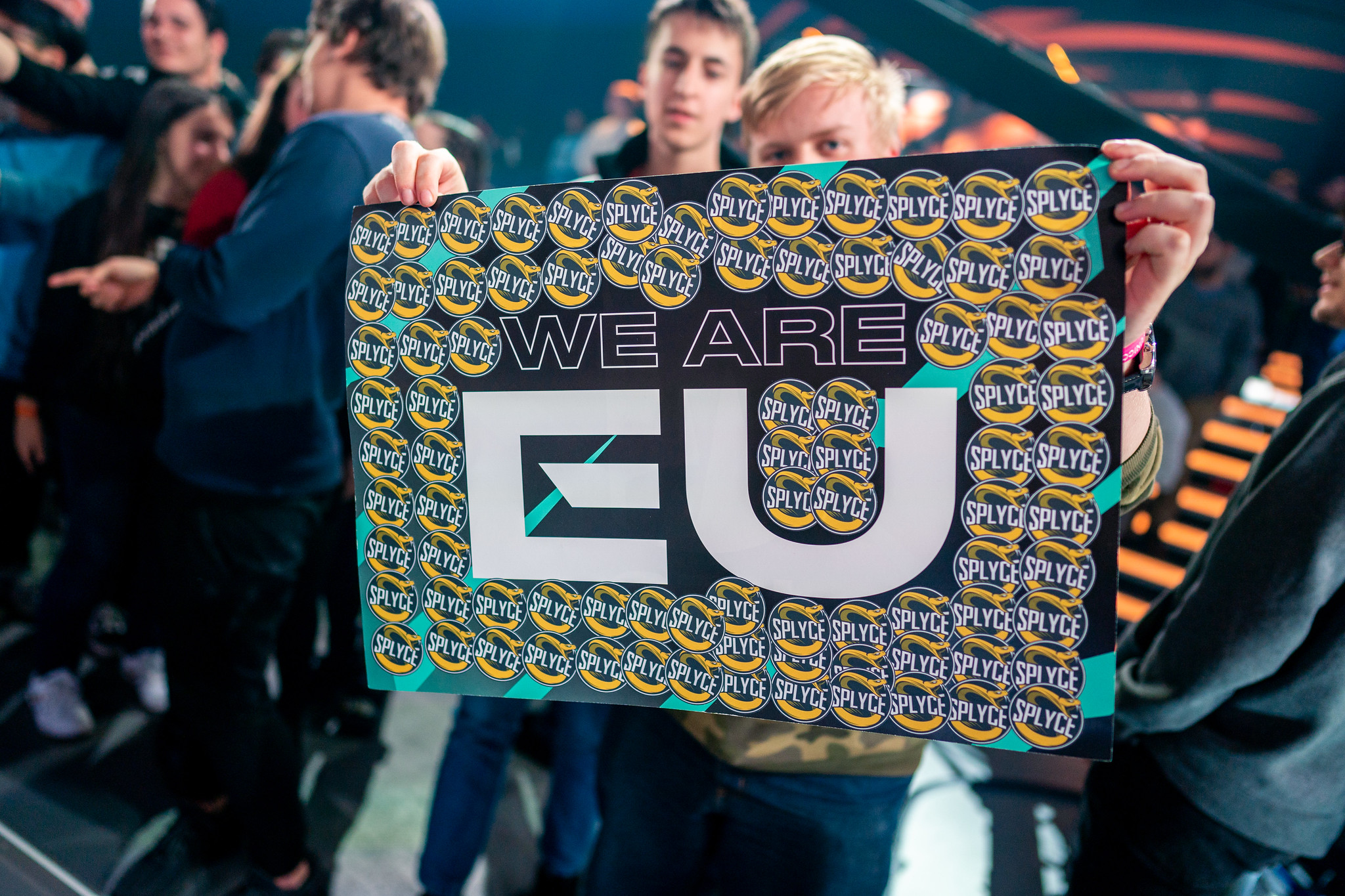 The LEC has had an amazing first year of existence. From spicy memes on the LEC Twitter page to rap battles between LEC casters to a fantastic summer final that saw G2 Esports crowned victors, this year has been an amazing one for the European region.

But it wasn’t all rainbows and butterflies in the region. To get the LEC, the old EU LCS had to die, and when it did, some of its most colorful teams and personalities failed to make the cut. Of those teams, perhaps the most beloved was Unicorns of Love, the wacky group clad in pink that always brought energy to the studio on game day.

Instead of folding up shop like some organizations, Unicorns of Love soldiered on, acquiring a spot in the Russian CIS. Improbably, they won a spot at Worlds 2019, which is being held in Europe. The next fortuitous break happened when they were seeded into a knockout match with their longtime EU LCS foes Splyce with a trip to the Worlds main stage on the line.

It makes sense now that the team is named after a unicorn, because as fairy tales go, it doesn’t get better than that.

There is a ton of history between these two squads that extends beyond their shared EU LCS background. Two of Splyce’s starters, top laner Tamás “Vizicsacsi” Kiss and jungler Andrei “Xerxe” Dragomir, were former Unicorns. And UOL bot laner Nihat “Innaxe” Aliev played for Splyce in early 2018.

When Splyce first made it as a new playoff team in 2016, Unicorns of Love stood in their way in the final of the regional gauntlet. Splyce won that match and went to Worlds, sending the two teams on dramatically different trajectories.

But the resemblance mostly stops there. From a playstyle standpoint, the two have long operated under vastly different philosophies. For much of their time in the EU LCS, Unicorns played a chaotic style that was tough for both them and their opponents. When they were able to get past their own consistency issues, they could cause fits for others with their creative drafts. The peak was a victory at IEM Oakland in late 2016 in which they beat both TSM and Flash Wolves, two major regional powers at the time.

Splyce, on the other hand, have always preferred a more controlled playstyle. The players and coaches have changed, which led to a switch in emphasis from split pushing to coordinated middle map play, but the idea is the same. If Splyce get to late game, they have a good chance against nearly anybody. The trick is getting there without hemorrhaging too much gold.

But in this meeting of old EU LCS foes, expect to see more similarities than their typical playstyles would indicate.

A meeting of friends

Over the past few days of the play-in group stage, Unicorns of Love have totaled the third-most kills and second-most deaths of the 12 participating teams. That’s not surprising at all—it helped that they were in Group A alongside Clutch Gaming and Mammoth Esports, two teams that are always down to scrap.

The interesting thing is that, one spot ahead of them on the kill board, was Splyce. Playing in what should have been a much easier group, Splyce came out of it bloodied in more ways than one. They only lost one game to DetonatioN FocusMe. But even in the clinching game against Isurus, they looked sloppy. In fact, they looked a lot like Unicorns.

Unicorns will hope that trend continues in their match with Splyce. A messy game with a high kill count is the perfect setup for an upset. After all, they beat Clutch—a team many considered the favorites in their group—twice because of their ability to match in early game skirmishes. One of Splyce’s major weaknesses is getting exposed in that department and looking disjointed in the mid game as a result.

Splyce’s solution to all that is to simply draft for scaling and trust that the overall skill levels of their players allows them to get to late game. They love to farm and then rotate mid, which is made possible by the growth from rookie mid laner Marek “Humanoid” Brázda.

Unicorns need to short-circuit that process to win. They’re the underdogs here, but not by much. So far, UOL mid laner Lev “Nomanz” Yakshin has been content to match Humanoid with a diet of scaling champions, including Corki and Vladimir. He’ll need help from jungle and support to lock to his lane and force Splyce to move. UOL were successful with early whole-team roams against Clutch, and they’ll need to show more of the same against Splyce.

It’s been a year since we’ve seen Splyce and Unicorns of Love face off in the Berlin studio. Judging by the near-constant support from the crowd, it’s like UOL never left. We’ll find out after their match on Oct. 8 if this time, they’ll be the ones who made the cut.