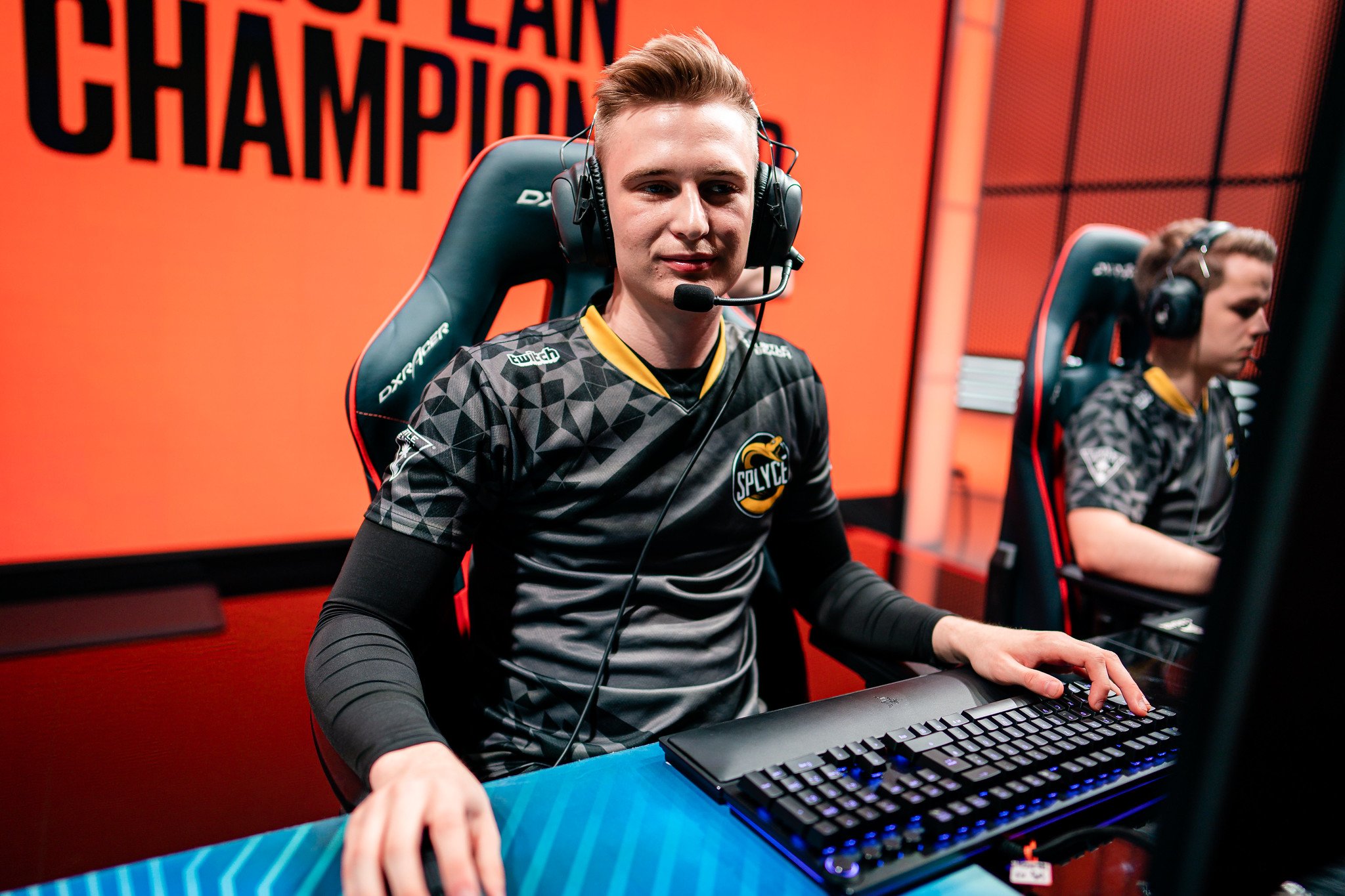 All-Pro and MVP voting was extremely tough for the LEC this split. In contrast to the Spring Split, where there were only a couple really strong teams and a few really bad ones, everyone stepped up their game this summer.

There were a lot of standout player performances that made those gains possible and the voting difficult. As a result, there are players who performed magnificently who won’t get much recognition on the ballots, which go only three players deep. And in one case, we feel like a player may be getting overlooked: Splyce mid laner Marek “Humanoid” Brázda.

How do we know this? Well for starters, he just missed out on being an All-Pro on our own bracket. His name appeared on different iterations as either the second-best or third-best mid in EU before getting cut in the final draft. It’s a decision we agonized over and that we still don’t feel great about.

But we have a feeling that this trend is about to stop because Humanoid isn’t going to get lost in the shuffle much longer. In his first split, he showed that he can hold down the fort in a region famous for producing star mid laners. In his second, he laid the grounds for becoming a superstar.

It shouldn’t take long before he becomes the next great European mid laner.

Flying under the radar

The 2019 LEC Summer Split was full of drama. The top of the league table—behind G2 Esports, of course—became intensely competitive with the battle for second place not finishing until the last weekend of the season. And at the bottom of the table, previous bottom feeders like Excel and Rogue made valid playoff pushes, with Rogue somehow sneaking in as the fifth seed.

That made it easy for a team like Splyce to fly under the radar. They were quite clearly a top-four team in the Spring Split, and that’s still where they are a split later. Their record went from 11-7 to 12-6, an improvement of only one game. They lost both matches to G2 and were defeated by Fnatic at the end of the split with second place on the line.

From a narrative perspective, that compares unfavorably to stories like Fnatic, who overcame their inconsistencies at the start of both splits and solidified their station right behind G2 with that win. FC Schalke 04 went from 9-9 and out of the playoffs to 11-7 to fourth place behind a strong split from their own young mid laner and steady jungler from former EU MVP Kim “Trick” Gang-yun.

Even those who look closely at Splyce’s own games and numbers can be confused. This is a team that loves to play for late game, stalling matches out until ADC Kasper “Kobbe” Kobberup has enough items that he can wipe a late fight. Kobbe is a fine player at a position the region has struggled to develop and he had the second-most kills among bot laners this summer. Given the way Splyce group around him in the late game, some would even call him the team’s best player.

Both narratives, the one that Splyce have stagnated and that other players—as strong as they’re playing—are responsible for keeping the team afloat, are flawed. Humanoid is a player flying under the radar of a team that’s being overlooked. In fact, he’s barely flying at all—he’s more like a commando that sneaks up on you and murders you in your sleep.

When we first got the idea for this piece, which came after closely observing Humanoid in Splyce’s performances during the split, we immediately turned to the stats to see what was going on. The numbers from League stats site Oracle’s Elixir told us a story that we didn’t expect: Humanoid appeared to have gotten worse in the Summer Split.

He went from third in CS and fourth in gold and experience differential at 10 minutes over the Spring Split to sixth, eighth, and seventh in those same categories in the Summer Split. What exactly happened to him?

To explain that, you have to understand how Splyce want to play. They give a lot of attention to the side lanes, which is a sign of a good team that know how to macro. But that also required Humanoid to basically survive on an island.

In the Spring Split, that meant a steady diet of Lissandra, who everyone was abusing due to her safe wave clear and unexpected synergy with Aftershock. But he also played a lot of Azir, one of the first to bring the Emperor of Shurima back from the void.

Those two champions fit the ideal of a safe, defensive mid who does his job and little else. That’s hardly the sign of a superstar, right? Not if you consider how much Splyce prioritized the side lanes and how little help Humanoid got. In his rookie split, he was basically thrown to the wolves while jungler Andrei “Xerxe” Dragomir looked elsewhere, particularly to top laner Tamás “Vizicsacsi” Kiss.

Then again, other players that are successfully able to play the weak side of the map, like Team Liquid top laner Jeong “Impact” Seong-hoon, and are lauded for their ability to absorb pressure and enable the team. And Humanoid plays mid, a comparatively more important lane. His ability to hold down the fort is even more impressive in that context.

And that doesn’t tell the story of how Humanoid has grown this summer.

The most annoying thing about the Summer Split so far has been a shift back toward scaling wave clear mids with boring lane phases. On paper, this plays right into what Splyce want to do. After all, everyone else is finally playing the Azir that Humanoid showed in the Spring Split.

Humanoid has played his share of Azir and Corki games, but those aren’t his most popular champions this summer. Instead, he’s evolved his champion pool to contain Akali, Sylas, and Qiyana.

That’s a harder shift than it appears. Some veteran mid laners who have historically played mages have been felled by their inability to pilot aggressive melee champions. The fact that Humanoid is comfortable picking them shows that at a young age, he already has an advanced understanding of what he needs to do with his champion pool.

And it’s not like Humanoid is just decent on those champions. He’s been downright dominant when called upon. In his Qiyana game against Fnatic, he pulled out a counter kill in a one-vs-three scenario where his jungler was nowhere near him. That gave Humanoid the power and confidence to pop off and carry the game.

Humanoid’s performances this summer have made up for a lot of Splyce’s deficiencies, including a bot lane that’s getting figured out and a top lane that isn’t the strength it used to be.

A few weeks ago, he picked that Akali into Erlen “Nukeduck” Holm, one of the best mids in the history of the region. He again didn’t get much help—Xerxe ran through his lane in the early levels, but it wasn’t really a gank attempt. But when his team needed him, he appeared in the bot lane and secured a double kill that brought Splyce back from a big early deficit.

Over the last eight months, Humanoid has shown a ton of growth. And the crazy part is he has even more in him. Splyce as a team still struggle with their ability to push the pace in the early and mid game and truly commit to helping their mid laner become a star. They just lost a playoff series to Rogue—who were massive underdogs—because they were late to each play and were outnumbered at every turn.

In just a year, Humanoid has turned himself from a talented young rookie into a player who can hang with Europe’s best, no matter what champions are in the cards. He needs the rest of his team to keep up if they want to reach that level together.