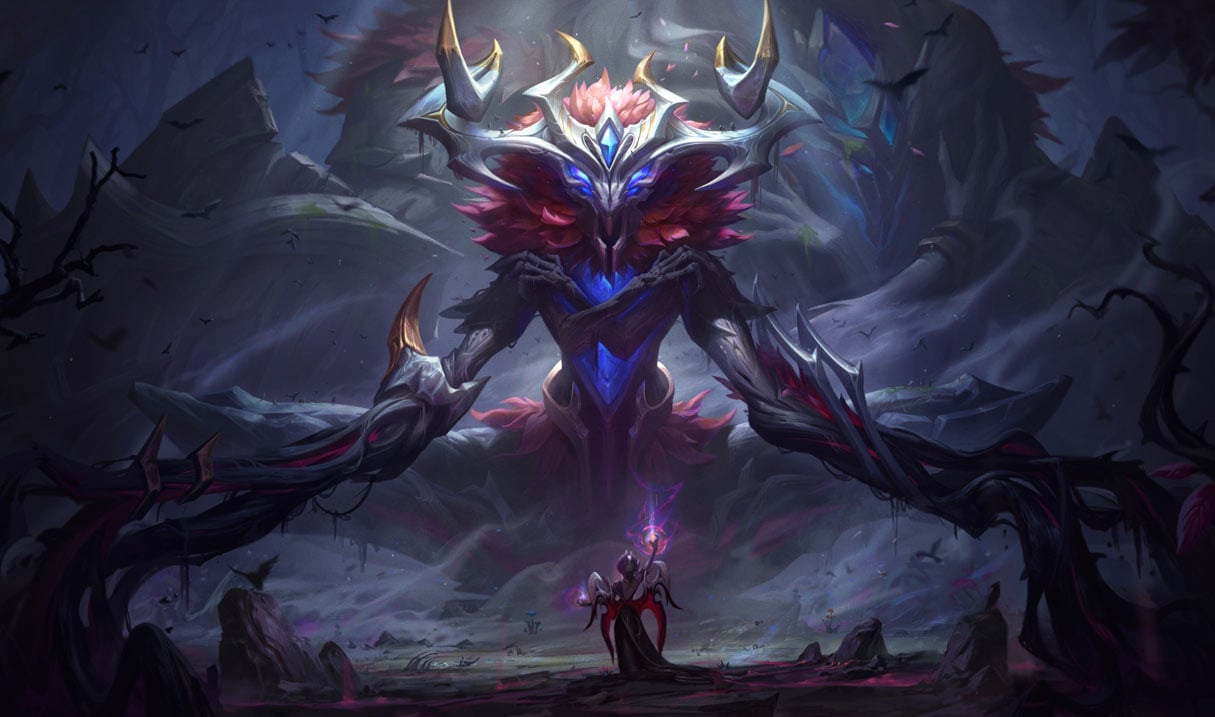 This marks Ornn’s first skin since his release. The cosmetic will be a part of a charity initiative announced by Riot earlier this year. All profits from Elderwood Ornn will go to the Riot Games Social Impact Fund, the company’s charitable financial partner. The skin, teased in a brief video in January, follows the Elderwood color palette of purple and blue and gives Ornn’s beard a hedgerow makeover of leaves and vines.

Elderwood Ivern also joins a limited number of skins for the champion. This will be his second skin since release after the controversial Dunkmaster Ivern. Some fans were upset by the lack of a “serious” skin for the Friend of the Forest, but this one certainly ticks that box with an Elder God feel complete with multiple eyes and pale, bony horns.

The final skin in the trio of forgotten champs goes to the Emperor of Shurima, Azir. Wearing a cape made of autumn leaves, he wouldn’t seem out of place in the middle of a mystical forest. Azir has the most skins of this Elderwood trio, but this will be his first new cosmetic since 2017.

Although Xayah and Rakan have been far luckier in terms of skins, these Elderwood cosmetics mark the reunion of the Rift’s favorite couple after Rakan flew solo for his Invictus Gaming skin in 2019. Their complementary color schemes pop against the backdrop of a forest floor in their splash art, surrounded by butterflies.

Right now, the only known price for the skins is 1,350 RP for Elderwood Ornn. The others will likely be around a similar price point, though.

These Elderwood skins will go live in Patch 10.25, which is expected to drop around Dec. 9, alongside the new Battle Queen skin line and the release of the League’s newest champion: Rell, the Iron Maiden.