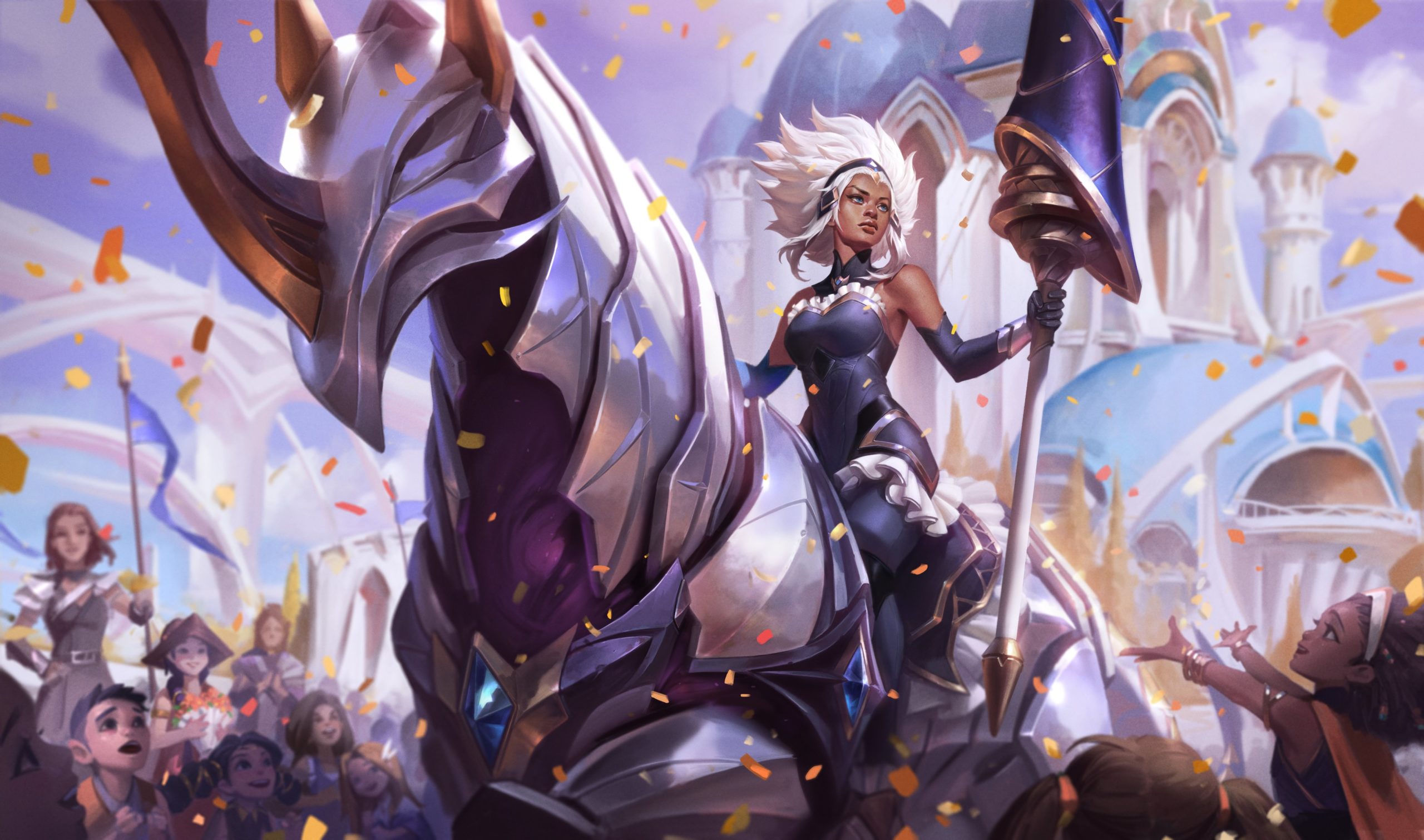 Riot Games has finally unveiled the next skin line that’s set to hit Summoner’s Rift. Players will be able to pick up Battle Queen cosmetics for Diana, Qiyana, Janna, Katarina, and League of Legends‘ newest champion, Rell, next month.

The Battle Queens are majestic, gracious, and exactly what you’d imagine royalty would look like in the world of Runeterra. Garbed in gold, white, and purple armor and clothing, these champions are ready to lead their respective followers into battle.

Each queen is fitted with a crown and gems. Rell has blue gems adorning her steed and circlet, Janna has green gems featured on her staff and crown, Katarina has pink gems on her chest and daggers, while Qiyana has a big, purple gem on her crown.

As for Diana, she has reddish gems on her armor, but her weaponry glows purple. The colors are reminiscent of her other skin, Dark Waters Diana, but her design is different in comparison. She’ll also be getting the Prestige skin out of the bunch this time around.

Diana’s Prestige skin sees the Scorn of the Moon put on some golden armor instead of the silver and purple armor seen in the original splash art. Each skin is well-animated and should make it difficult for any League fan to choose which queen to bow to when Patch 10.25 rolls around in December.