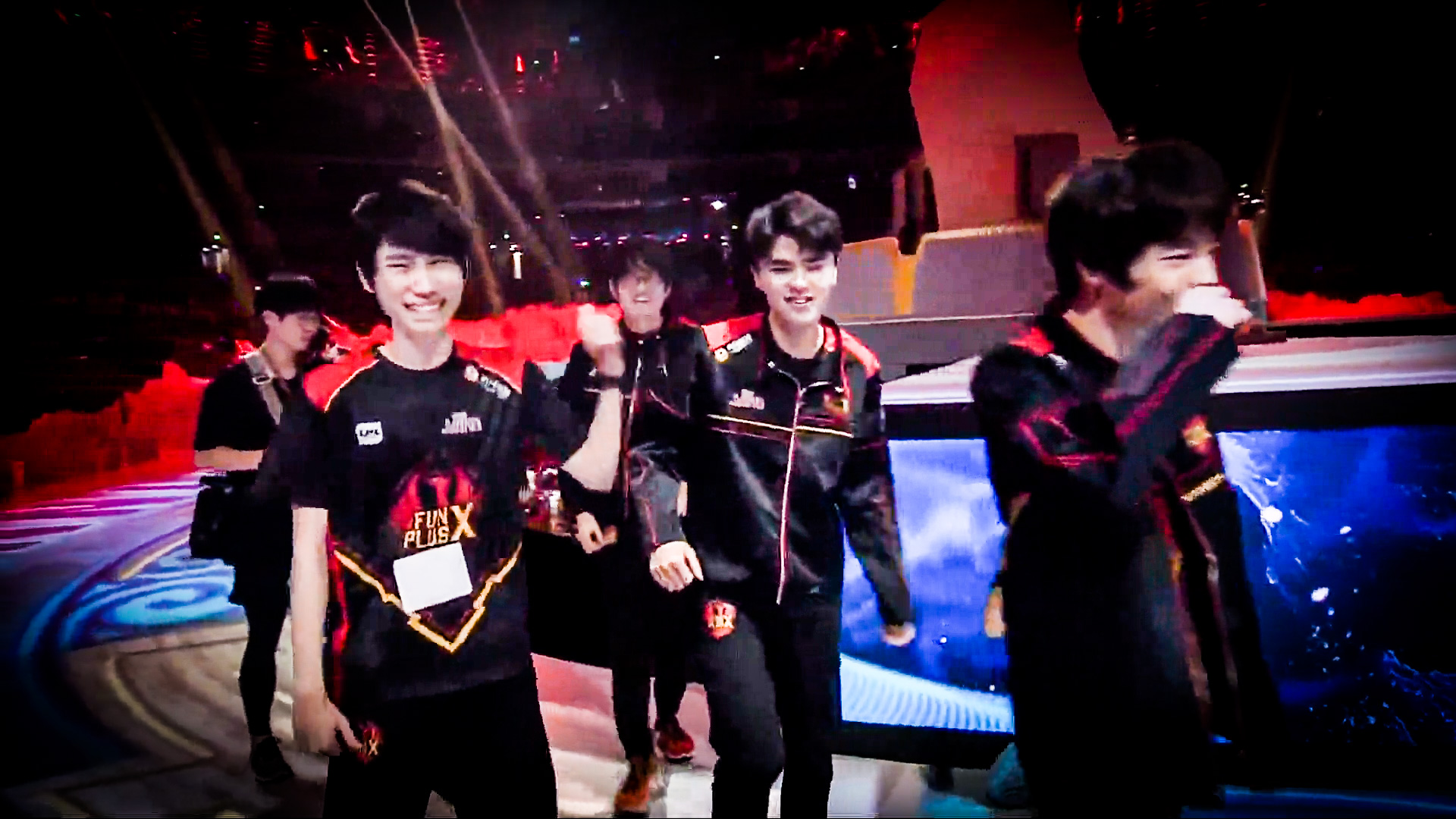 Worlds 2019 is for the grinders of League of Legends. It’s for the players who toil day and night in solo queue, scrims, and on stage, just for this chance to play in front of the biggest crowds—for those who never gave up, even when their entire careers seemed to say otherwise.

Several legendary players made Worlds for the first time this year, from Splyce top laner Tamás “Vizicsacsi” Kiss to Clutch jungler Nam “LirA” Tae-yoo. But none of them have a story as good as FunPlus Phoenix mid laner Kim “Doinb” Tae-sang.

Prior to this point, Doinb’s career can only be described as “cursed.” It’s as unique and bizarre as he is as a player. But now that he’s qualified for Worlds, he has a chance to rewrite all of that history. Win this one tournament and we’ll only remember him as one thing: a champion.

The curse of the Korean exodus

Of the seminal events in League of Legends esports history, the biggest one was the regional shift that happened after the 2014 World Championship. Riot’s rule dissolving sister teams, like the Samsung Blue and White squads that ruled Worlds that year, resulted in a big churn in the Korean player pool. Add in a lot of money flowing overseas from China and you had a huge wave of Korean talent that jumped over to the LPL. Korean teams won two straight Worlds and China wanted in on that action.

Several high-profile players crossed the Korea Strait that offseason, including all starting players of world champs Samsung White and sister team Samsung Blue. Then there was Doinb. He was a relative nobody, plucked from the Korean ladder to play with Qiao Gu Reapers, a Chinese Academy team.

The partnership got off to a tremendous start. Doinb got Qiao Gu into the LPL and then the team qualified for the IEM Season X World Championships in March 2016. The team technically tied a rebuilding Fnatic side 2-2 in the group stage, but because esports tournaments can be wonky, Fnatic moved on and Qiao Gu didn’t.

Then, disaster. The team did well enough to qualify for the LPL 2016 spring playoff semifinals. But not only did they not win a game, they didn’t even play a game. A conflict between Doinb and jungler Baek “Swift” Da-hoon ultimately led to the team’s forfeit at the competition.

That forfeit sent Doinb into a funk. He was sent back down to the secondary league but fought back to the LPL. But he seemed stuck in place on QG—then rebranded as Newbee. The acquisition of the team by JD Gaming didn’t really help. A split later, he was jettisoned to Rogue Warriors. Whatever shine he had fully wore off by that point. Rogue Warriors had their moments, but they never took off to the same extent that JDG did without him. He was dropped again and signed with FunPlus Phoenix and watched as JDG made two straight playoff finals with Zeng “Yagao” Qi—an incredibly successful Chinese player—in his spot.

The thing is, Doinb’s story is hardly unique. Other Korean imports have fared better in China. But until last year, few had found real success. The best Chinese teams were captained by Ming “Clearlove” Kai and Jian “Uzi” Zi-hao, native players, not Koreans. But Doinb wasn’t even considered one of the best Korean imports. From the misadventures of the playoff forfeit to teams getting better without him, he seemed cursed wherever he went.

A primary reason that sentiment might have soured on Doinb was the way he developed his game. Most mid laners climb to the top of solo queue by playing aggressive champions and looking to one-vs-nine carry every game.

Doinb might have originally been that player, but he’s far different now. His whole career has been characterized by how wildly different his champion pool is from other mid laners. And we’re not talking about someone with an Aurelion Sol or a Xerath or some other wonky mage. He’s someone who will throw the meta picks into the garbage and happily lock in Poppy.

His playstyle tends to define that of his entire team. Doinb acts as if he couldn’t care less about his lane and would rather work with the jungler to secure vision and priority for side lane ganks. In some games, he looks like he spends more time in lanes away from mid than he does playing against his supposed foe.

The style can work. When he played with Kim “Clid” Tae-min—now SK Telecom T1’s star jungler—on Newbee, the two reached heights previously unseen. But this year, a team finally went all-in on the Doinb build. Perhaps inspired by Invictus Gaming’s win at Worlds last year—a victory spurred by the two Korean imports, Song “Rookie” Eui-jin and Kang “TheShy” Seung-lok—FunPlux decided to build the entire team around Doinb. They found him another jungler in Gao “Tian” Tian-liang who embodies his style. It helps that Tian is a monster of a player himself. Together, the two went on a rampage through both LPL splits, solidifying their playstyle as other Chinese teams fought to merely identify their own.

From the beginning, some analysts were concerned it was a flash in the pan—that as the other LPL teams caught on and figured FPX out, the curse of Doinb would rear its head again. It did in the spring playoffs when FPX and Doinb were shocked once again by JDG and Yagao. But they made sure the same thing didn’t happen in the Summer Split. FPX ran through the LPL playoffs and head to Worlds as China’s first seed. As for JDG? They’ll be watching the tournament back home.

More than perhaps any import, Doinb has been overlooked since the Korean exodus. He’s always been behind Rookie in renown, even though he’s also diligently learned Mandarin and become his team’s leader. He’s been written off because of his tank builds or his indifference to winning his lane. That’s why Doinb’s story of making Worlds with FPX is so sweet. There are a lot of players looking to rewrite their personal histories at this tournament. But as far as redemption arcs go, Doinb’s could be the very best one.