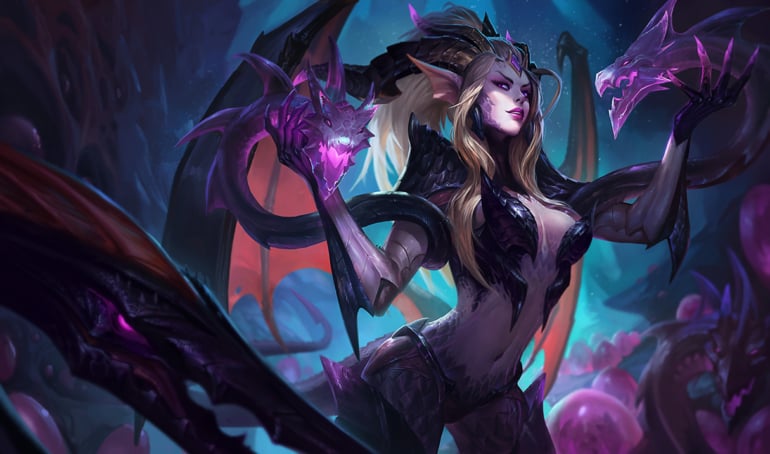 The latest page of the community comic “Olaf vs. Everything” was released today and Riot hinted at a few possible easter eggs.

In the comic, Olaf gets pulled into Illaoi’s test and passes numerous skin universe bubbles, featuring Omega Squad Teemo, Renektoy, and Super Galaxy Gnar, as he falls. But it seems like there’s a never-before-seen skin next to Officer Vi.

At first, it kind of looks like Neeko—but that can’t be right, she doesn’t have four ears. She has a bunch of feathery things coming out of her head, but they surely don’t qualify as ears.

It doesn’t make any sense. Could it be a new champion? She sort of looks like a rabbit—and a rabbit champion would be pretty cool.

But, as it turns out, this is Zyra. Everything adds up. She has the red hair, and she has the ears. It has to be Zyra. She’s hasn’t been the most popular pick lately, and we’ve barely seen her played on the competitive stage, but it’s definitely her.

But wait a minute. She’s dressed as a police officer. She has the hat, the tie, and the badass glasses. There’s plenty of other Zyra skins: Wildfire Zyra, Haunted Zyra, SKT T1 Zyra, and Dragon Sorceress Zyra. But that’s it.

It looks like this comic could be teasing a new Officer Zyra skin. She’d join the ranks alongside Officer Vi and Caitlyn—and we think she’d make a fitting companion, too.

But, on the other hand, this could just be a fun comic illustrated by Tom Barton—you never know. League fans will now be anxiously waiting to see if Officer Zyra will hit the Rift in the near future.