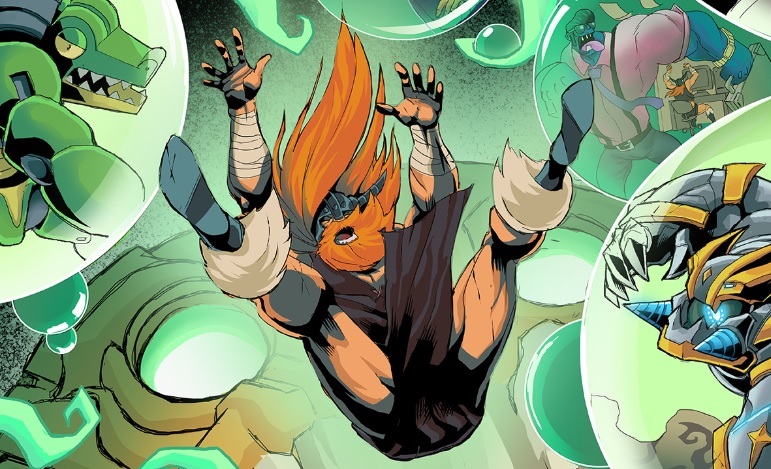 The latest page of the community comic “Olaf vs. Everything” was released on Monday, illustrating Olaf as he gets pulled into Illaoi’s test.

For those who missed part one of the comic series, it can be found on the League of Legends home page.

The first few pages of the comic’s second issue illustrate Olaf as the Berserker wakes up after getting knocked unconscious by Illaoi. The Kraken Priestess then offers her aid to Olaf on his journey to return home, but not before challenging him to a test to see if he is worthy.

In the latest page of the series, Olaf gets pulled into Illaoi’s idol, passing numerous skin universe bubbles as he falls. Included in the image are Omega Squad Teemo, Renektoy, and Super Galaxy Gnar, among a few others.

Upon closer look, readers can find a hidden easter egg in the Corporate Mundo bubble. Behind the character, Olaf throws up his hands in frustration while sitting in front of a computer desk, acting as a small nod to Olaf’s world skin, which was released to commemorate SKT’s victory in the 2016 League of Legends World Championship.

New pages are released every Monday, so readers will have to wait and see where Olaf’s journey takes him next week.