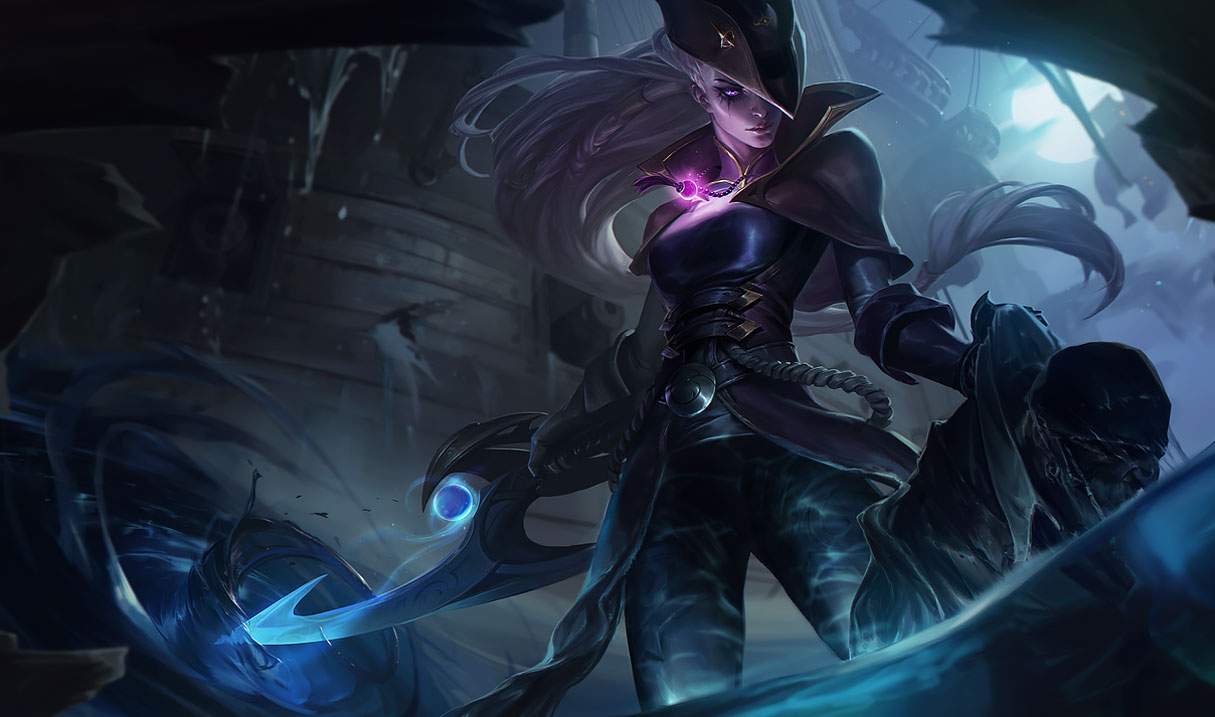 Dark Waters Diana and Vladimir’s splash art has finally been revealed on the PBE a week after the two skins were revealed.

Fans have been anxiously awaiting the splash art for the skins to see if they live up to the theme portrayed in the initial reveal—and they do not disappoint.

Dark Waters is a brand new skin line being introduced in Patch 8.11. Both skins are currently available to try out on the League of Legends PBE before their official release sometime in the next few weeks.

The skins themselves have been given a Gothic steampunk vibe that feature the duo in dark attire with black water pulling them below the river’s surface. All these ideas have accumulated into their splash art, where both champions look eerie and near enough possessed by this dark water substance.

Dark Waters is Vladimir’s ninth skin and his first new one since 2015, when Academy Vladimir launched alongside Ekko, Darius, and Ahri’s academy skins. As for Diana, this is her sixth skin and follows her Blood Moon skin from last year.

The two skins are expected to come out in the same patch as League’s newest champion, Pyke, alongside his launch skin Sand Wraith Pyke, which transforms the champion into a vengeful mummy.