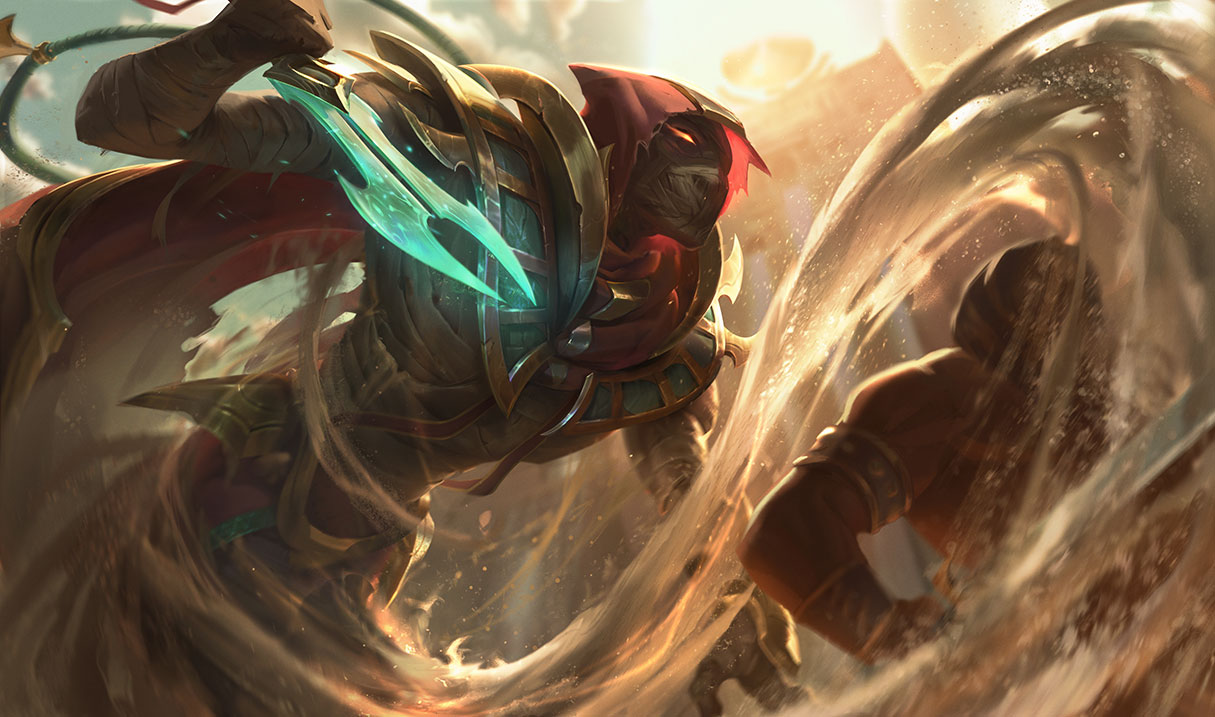 Pyke, the newest champion to join League of Legends, was officially revealed in full by Riot earlier this week, along with the splash art of his very first skin—Sand Wraith Pyke.

It wasn’t until later, when the skin arrived on the PBE, that the test client’s players were finally able to get a glimpse of the skin in-game. Fans of The Mummy film franchise are definitely going to love it, because it’s packed full of creepy mummy magic and all the sand you could possibly ask for.

Pyke as a champion is already pretty terrifying, after all, he’s a full-AD support assassin. That phrase alone is enough to give anyone jitters. But this skin takes it to a new level, mostly because it’s hard not to play it and think of yourself as Imhotep (that’s the mummy from The Mummy).

All of Pyke’s spectral and ghoulish ability effects are replaced with sand, sand, and more sand, but it’s a lot cooler than it sounds. The sand shifts and almost feels real with every ability, especially when it explodes out of the ground with his ultimate ability, Death from Below. Thematically, it almost feels like you’re playing a totally different champion.

As an added bonus, his blade can be transformed, sort of, by pressing Control+5 on your keyboard. All this does is turn the weapon into a sandy one. Without the effect, it’s mostly just a bluish-green blade, so we definitely recommend turning it on.

Pyke and his new skin should go live with Patch 8.11 in about two weeks.