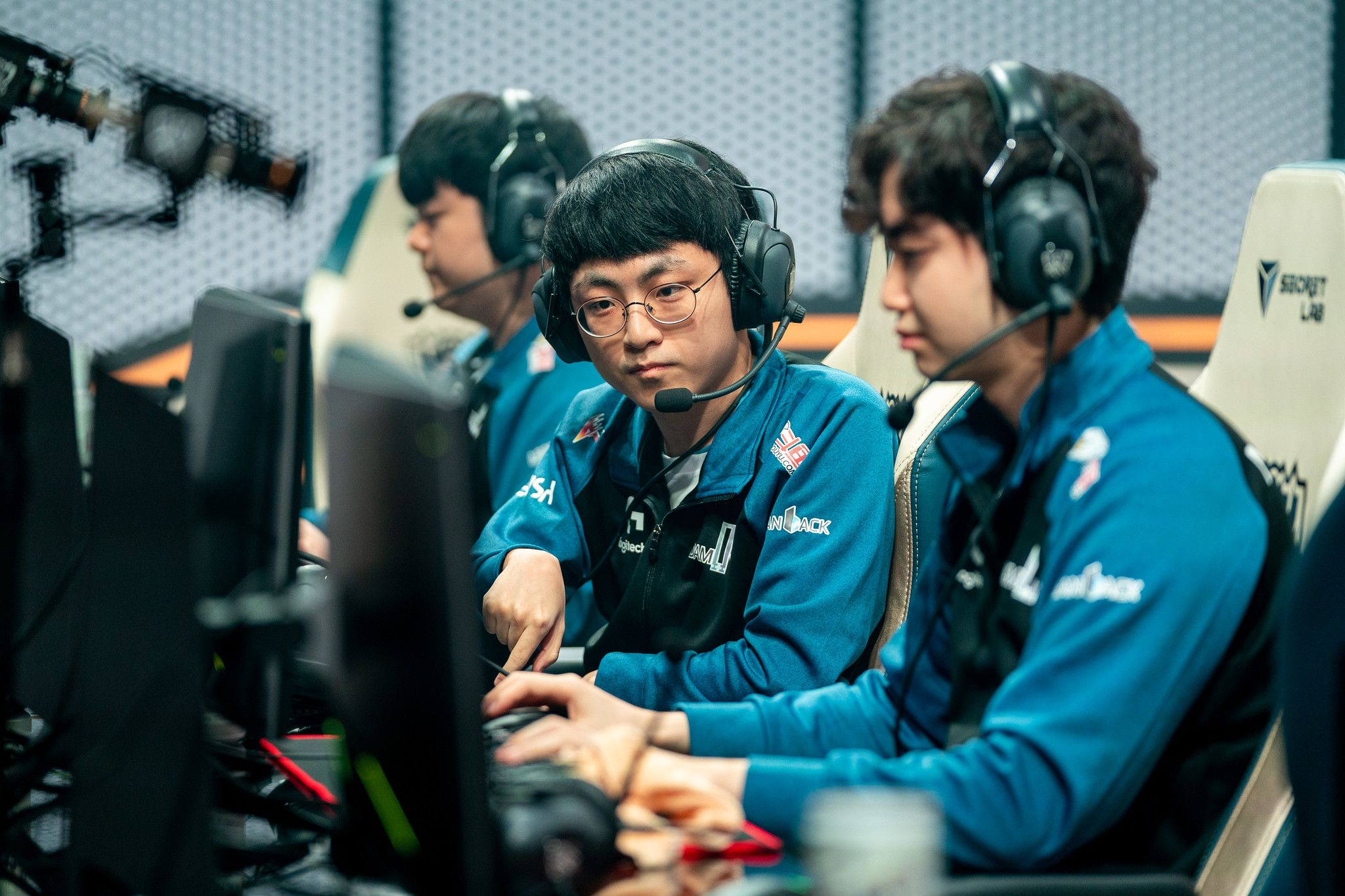 Mid laner Heo “ShowMaker” Su and jungler Kim “Canyon” Geon-bu have extended their contracts with the LCK’s DAMWON Gaming following their success in the 2019 League of Legends season, the organization announced today.

The star duo, who advanced to the LCK at the beginning of the year, shocked Korea and secured the third seed going into Worlds 2019. DAMWON lost to T1 in the summer playoffs but convincingly took down DragonX in the regional finals. From there, though, they had mixed results on the international stage.

ShowMaker and Canyon proved to be the carries of the team, blitzing through the group stage at Worlds and taking the top spot in Group D. They lost 3-1 to Europe’s G2 Esports in quarterfinals. But despite their loss, the rookie team showed promise.

DAMWON will look to compete in the 2020 LCK spring season with the majority of its original lineup. Substitute top laner Lee “Flame” Ho-jong and coach Kim Jeong-soo departed from the team last month, but the starting roster will remain the same.

This news comes as a pleasant surprise for fans of the team since there was speculation that ShowMaker was leaving to join the LPL. FunPlus Phoenix’s  Kim “Doinb” Tae-sang said a Korean mid laner from Worlds would be joining the LPL, but this now no longer appears to be the case. Lee “Faker” Sang-hyeok signed with T1 last month, while Jeong “Chovy” Ji-hoon signed with DragonX.

DAMWON, with the help of MVP jungler Canyon and mid laner ShowMaker, now look like one of the strongest Korean rosters going into next year.