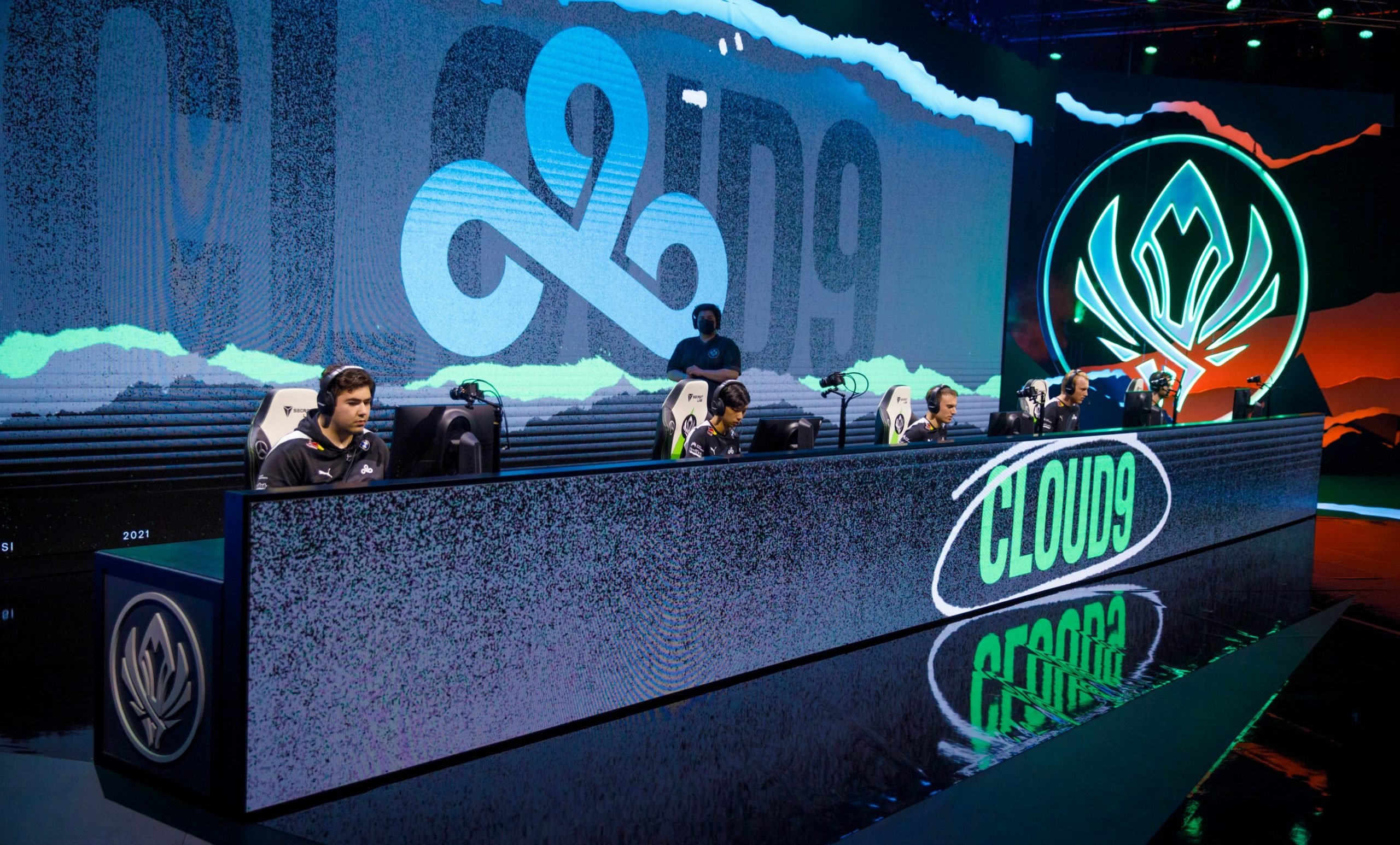 Day six of the 2021 League of Legends Mid-Season Invitational saw Group C decide which two teams would advance and round out the lineup of squads participating in this weekend’s rumble stage.

DWG KIA and Cloud9 joined Royal Never Give Up, PentanetGG, MAD Lions, and PSG Talon in an already-stacked field of six, setting the stage for what should be a fiercely competitive second phase of MSI. The final two major region teams advanced today without a whole lot of drama in the results column. But when glancing closer at the day’s events, it’s evident that there are a lot of loose ends to tie up before the rumble stage kicks off on Friday, May 14.

Here are the biggest storylines and takeaways from the sixth day of the 2021 Mid-Season Invitational.

It was a rocky start for DWG KIA on day six of MSI. The defending world champions unexpectedly dropped a game to C9 to kick off the second round robin but eventually qualified for the rumble stage after finding their stride during the second half of the day. The team’s group stage run was capped off with a flashy performance from Canyon and ShowMaker, who teamed up for a destructive Diana-Yasuo composition in their final game against Detonation FocusMe.

But despite DWG KIA’s strong 5-1 group stage record, the team looked fallible at several points throughout the day. After letting C9 walk all over them, DWG played down against Infinity Esports, failing to surmount a sizable gold lead while letting multiple mid-game objectives slip through their fingers. Against Detonation FocusMe, DWG actually found themselves behind in gold at the 20-minute mark, showcasing an exploitable flaw in their own late-game focused playstyle.

Granted, DWG won both of those games on the heels of last-minute heroics, just as they did during the first week of the group stage. But in the rumble stage, other major region teams might not let the LCK champs get away with that sort of approach.

While there might always be room for a comeback against teams like Infinity Esports and Detonation FocusMe, DWG may not be given the same amount of breathing room against top-tier squads like Royal Never Give Up and MAD Lions.

What a day for North America. C9 charged into the second round robin of the group stage looking to brawl—and did they ever. The LCS champions stormed through the sixth day of MSI, winning all three of their final games and securing a spot in the rumble stage with ease.

C9 kicked off the day with a momentum-swinging victory over DWG KIA, earning a much-needed win after a 44-minute back-and-forth thriller. During that contest, Blaber returned to form, playing like the LCS MVP that North American fans recognize him as. His scoreline of 2/3/13 on Udyr—his most-played champion and an obvious comfort pick—was a highlight for C9 and Blaber was able to out-jungle DWG’s Canyon at nearly every possible turn.

But going into C9’s contest with Detonation FocusMe, the possibility for C9’s MSI run to be over was still very much on the table. Since the LJL representatives beat C9 last weekend, all it would’ve taken to own the head-to-head and knock C9 out of the tournament was another quick win. But C9 made the most of their tide-turning change of pace and continued their winning ways all the way to the group stage’s finish line. By the time the dust settled on C9’s performance today, Perkz alone rounded out the day with a total scoreline of 23/7/26 across three games.

With four straight wins under their belt heading into the next phase of the tournament, a case could be made for C9 as one of the hottest teams in Iceland right now. While there were certainly doubts about the team’s ceiling just a few hours ago, any doubters have been silenced ahead of the tournament’s make-or-break phase.

Every few years, Detonation FocusMe finds itself in a position where it can represent the LJL on the international stage and find success. And even though MSI 2021 didn’t see the first LJL squad advance past the first round, major strides were made for the league as a whole at the event thanks to Detonation FocusMe’s head-turning performance. Without question, this tournament showcased the best play out of a Japanese team on the international stage in League history.

The team managed to capture two relatively convincing wins, keeping themselves in the mix for a rumble stage spot until the final moments of the group stage. And even in the games Detonation FocusMe lost, the team looked competitive and fiery to the end. During their first matchup with DWG KIA, Detonation FocusMe came just a few steps away from knocking off the defending world champions and turning Group C into a true battlefield. Had they found a win over either DWG or C9 at the back half of today’s action, the team could have easily qualified for the rumble stage.

Still, for Detonation FocusMe, the story turns to the Summer Split, where all eyes will be on the best-performing team in the region’s history once again. Once Worlds rolls around later this year, it wouldn’t be stunning in the slightest to see a more poised and refined version of DFM take to the stage with unfinished business at hand.