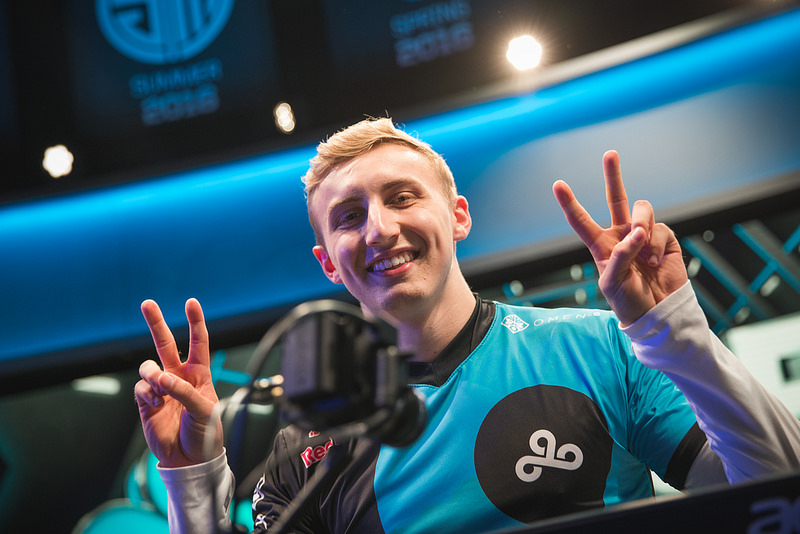 We now live in a world where Greyson “Goldenglue” Gilmer replaces Nicolaj Jensen on an LCS team.

The former Cloud9 Academy mid laner started week one of the LCS over the European star, and while his team ended with a middling 1-1 record, Goldenglue shone in his summer debut. Even in a loss to Clutch Gaming, his Zoe was a bright spot on a team that gave up three kills before the two minute mark. He even found a solo kill on Fabian “Febiven” Diepstraten, widely considered one of the best mid laners in North America.

The team’s second game of the week against Optic Gaming saw Goldenglue on Orianna, a less flashy champion than Zoe. Yet, he still managed to go deathless over the course of the game as Cloud9 ran over their opponents.

It’s a good sign of things to come for Goldenglue, who has been on the receiving end of criticism for failures on past teams and could not find a permanent home on any roster. While he was touted as a dominant player in scrims, his success in practice matches never seemed to manifest itself on the LCS stage, and he bounced from team to team for much of 2015 and 2016 before landing on Team Liquid.

Many were shocked by Cloud9’s decision to bench three of its star players before week one of the Summer Split, but their replacements looked good in their matches. Goldenglue opened up on the roster swaps, citing scrim success as one of the primary reasons behind the shuffle in an interview with The Shotcaller. The main team had not been finding success, while the Academy one had only dropped one match over the course of a week, according to Goldenglue.

It should come as no surprise that scrim results were a determining factor in the team’s shakeup. It is currently unknown whether Zachary “Sneaky” Scuderi, Andy “Smoothie” Ta, and Jensen will return to the LCS stage in week two, but Cloud9 will be in good hands even if they don’t.