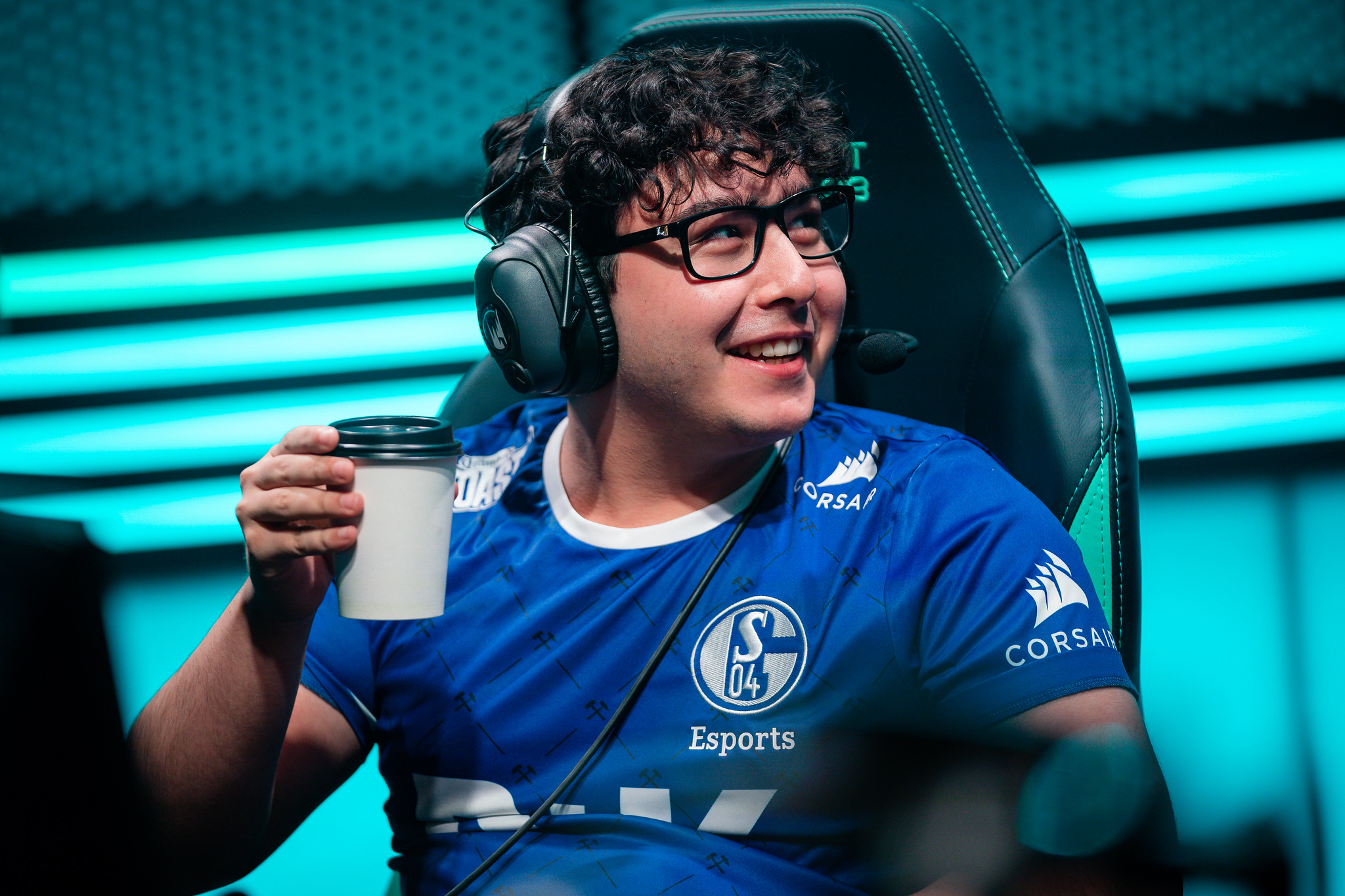 The 2021 LEC Summer Split hasn’t been too kind to Schalke 04 fans, especially after the squad was bounced out of playoff contention following the end of week seven with losses to Excel Esports and Astralis. The League of Legends team still has three more games to play, though, where they can end the year with a win under their belt.

The roster’s talented top laner Broken Blade shared his disappointment with this season in an interview with Dot Esports and said he had higher expectations for the team before the year started.

“I wouldn’t say it’s unlucky, because we’re just playing worse than the other teams,” Broken Blade told Dot Esports. “Before the split started, we actually had good practice and I was really confident that we were going to do well. But we didn’t get a lot of wins in the beginning, and that really hurt our momentum.”

He also said Schalke lost “a lot of games that they shouldn’t [have]” and they weren’t able to translate the success they had in scrims into on-stage wins. The situation around the roster wasn’t great either since Schalke 04 has been forced to sell its spot in the LEC for next year due to financial issues stemming from the soccer team’s struggles in the Bundesliga. This, however, wasn’t a huge factor in the team’s decline in stage performance, according to Broken Blade.

This has ultimately been a learning experience for the 21-year-old since this is one of the first times in his career that he’s been on a bottom-three team. This is also one of the first times in which he’s had to help guide younger players on his team. Broken Blade talked about his relationship with Schalke’s rookie mid laner Nuclearint and how he must provide a good example for a player who still has a ton of potential to grow as a pro.

“I feel like [I have] a responsibility to be a good teammate—obviously to everyone—but to him especially, because it will change the way he sees things, [and how] he will develop as a player,” Broken Blade said, while also mentioning Bjergsen and how he provided the same guidance during his time with TSM. He also learned a lot from people who weren’t the greatest teammates since he puts just as much importance into studying the positives and negatives from his career so far.

With three more games to go, Broken Blade will continue to help his team try to end the summer on a positive note with a win or two. They’ll be facing off against some tough competition, however, with Team Vitality, G2 Esports, and Fnatic all taking the stage opposite of them when the LEC returns on Friday, July 30.