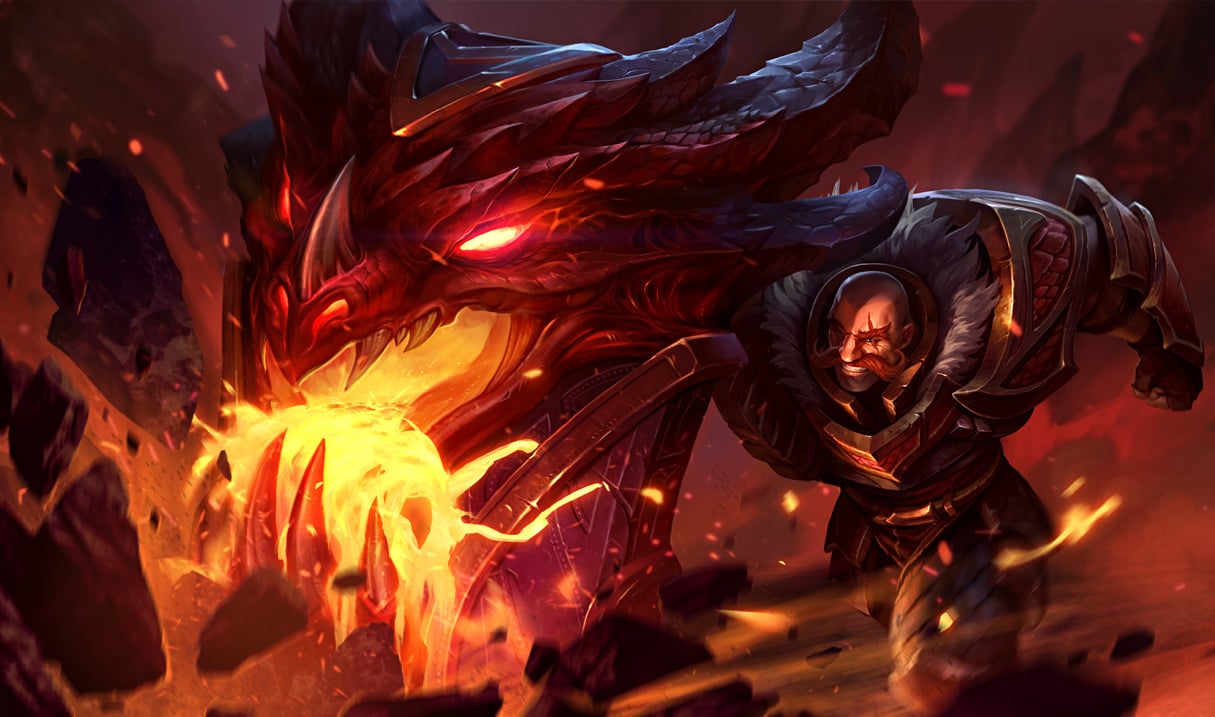 “This article is brought to you by LoLwiz — The No. 1 in-game stats app.”

The tanky support meta is about to be shaken to its core—the core being two of its strongest champions. Braum and Tahm Kench, who have both been wildly popular on the pro League of Legends stage for weeks, are about to be hit hard with nerfs in Patch 8.8.

The pair’s dominance in pro play can’t be understated, so it makes sense that nerfs would be thrown at them in preparation for the Mid-Season Invitational. Riot hasn’t specified that 8.8 will be in effect in time for MSI, but most of the coming smaller balance changes seem like they’re focused on top-level play, including these nerfs to Braum and Tahm. That hints at this patch being the one MSI is played on.

Both champions perform pretty poorly in the hands of amateur players, with Braum sporting a 49 percent winrate and Tahm an even lower 47, according to League stats site Champion.gg. Unfortunately for any player not on the pro stage, these nerfs will still certainly hurt, because they’re significant.

Braum’s nerfs are targeted mostly at his early game tankiness, but there is a nerf to his scaling tankiness mixed in, too. The first nerf lowers both the armor and magic resist (MR) provided by his W. It will now provide 10-26 of each stat, depending on ability rank, which is way down from what it provides now at 17.5-27.5.

Obviously, this nerf is negligible at higher levels, but losing almost eight armor and MR at early levels, when it matters the most, is a very big deal. Both Braum and his in-lane ally are going to feel much, much squishier in duels, so he’ll be much more susceptible to early fights for lane control. His armor growth per level is also taking a hit, but only by 0.5 per level, which isn’t nearly as big of a deal.

Tahm Kench’s nerf is just as meaningful, if not more so. One of his biggest strengths, especially later in the game during teamfights, is his ability to walk in, scoop up an ally, and get them out of the fight without much of an issue. That being said, his Devour can also be used offensively, and Riot has deemed that double-purpose as a little bit of overkill.

After this nerf, Tahm will no longer receive a movement speed boost after eating an ally if he’s moving towards an enemy. That means his “Get out of jail free” card ability won’t really be affected at all, but it won’t provide any special bonus for being used to chase down targets anymore.

The second nerf is just as significant. His E, Thick Skin, won’t restore as much health as it used to. Now, only 15-35 percent of Tahm’s Grey Health will be converted back into health depending on level, which is a flat 10 percent less at every rank compared to the current ability. He’s going to feel this nerf right away, because restoring 15 percent of his Grey Health is drastically different to restoring 25 percent.

Unlike Braum’s nerf, though, this one is going to stick with him throughout the entire game.

Both Tahm and Braum’s nerfs should go live with Patch 8.8 next week.