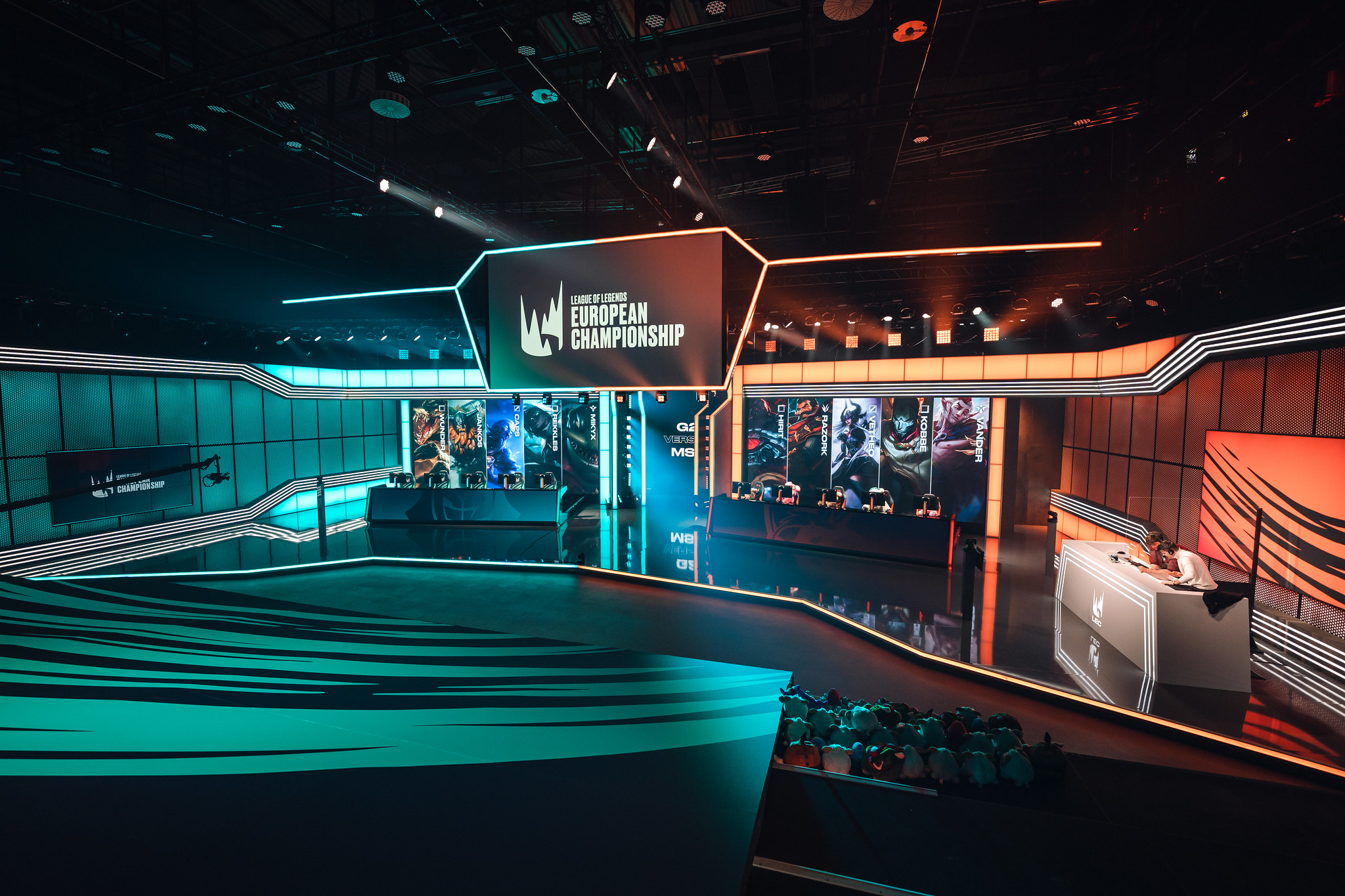 With the end of the 2021 Spring Split regular season looming for the LEC, League of Legends fans have already started to prepare for the exciting playoff race that will ensue later this month.

But we shouldn’t get ahead of ourselves just yet. There’s still plenty of action in store during the final LEC superweek.

With three games to go, there are still three spots remaining in the playoffs. There are still six teams remaining and although some teams have a better shot to make it than others, it wouldn’t be the LEC if things don’t get a little spicy.

There are plenty of games to watch and many possible storylines to follow, so buckle up and get ready for an exciting conclusion to the first LEC season of the 2021 competitive year.

Is there a world where Fnatic don’t make the playoffs? It’s doubtful. The perennial European champions only need to win one of their upcoming games this weekend and they’ll play against Schalke 04 and Misfits Gaming before facing off against their toughest opponent in Rogue.

Both Schalke and Misfits are still in playoff contention but have three less wins than Fnatic. As a result, Fnatic’s postseason dreams should come true barring some horrible late-season collapse. But even then, they’ll still have a chance to make it through tiebreakers.

Ultimately, the team hasn’t exactly been the shining example of consistency this season, having dropped six games so far against lower-seeded rosters throughout the spring, like Vitality, Misfits, and MAD Lions. The team has maintained an aggressive early-game style that’s helped them snowball in victories, but they’ve also had their fair share of mid-to-late game struggles that have cost them.

This weekend, Fnatic need to win against Schalke and Misfits and put up a great fight against Rogue. The last time these teams battled was in week one and that game wasn’t close at all. They’ll need to put on a show that boosts the fans’ confidence, as well as their own confidence before they look to battle for the European championship.

SK Gaming quickly rose to the top of the LEC’s radar after going on a five-game winning streak in the second half of the season. And now, they’re right in the middle of the playoff race with an 8-7 record. But some pundits are still holding back on buying a ticket to their hype train since they’ve beaten every team that isn’t named Rogue, G2, or Fnatic.

Even during their streak, they beat teams like Vitality, Misfits, Excel, and Schalke—all teams that don’t exactly exude big challenger energy. They did take down MAD Lions in week six, which was their toughest victory thus far.

Fans need to remember, however, that this is a team consisting of four rookies. Taking down veteran, star-studded rosters might be a tall task, but making the playoffs would be an impressive feat for their first season in the LEC. With enough time and experience, we could see the rise of another young, powerhouse lineup in Europe.

Additionally, they get another chance to prove their strength in this superweek since they have matches against both of the top two teams in the league. If they manage to snatch a win against either of them, it’d give SK a ton of momentum and confidence heading into the first round of the playoffs.

Variety is the spice of life, and this weekend, the battle for the sixth and final spot in the LEC playoffs should bring the most bang for your buck. There are four more hungry teams looking to punch their ticket to the big stage and there’s a good chance that they’ll need to use tiebreakers to get there.

Related: LEC 2021 Spring Split: What every team needs to qualify for the playoffs

Schalke, Misfits, Excel, and Vitality have all shown brief flashes of great play before, but their consistency has been questionable throughout the entire Spring Split. They’ll need to play some of the best League of their season so far if they want to have a shot at the playoffs.

Unfortunately for Excel, they have a tough set of games coming up next against G2 and Rogue, which could throw a wrench in their playoff dreams. Misfits, on the other hand, have a couple of tough games against MAD Lions and Fnatic, but they’re also two teams that they’ve managed to beat before.

With how volatile the LEC has been this season, any team in this group could get the final playoff spot. But it’ll take a great deal of effort that should be fun to watch before we hit the postseason.

The last week of the 2021 LEC Spring Split regular season will begin on Friday, March 12 at 11am CT.