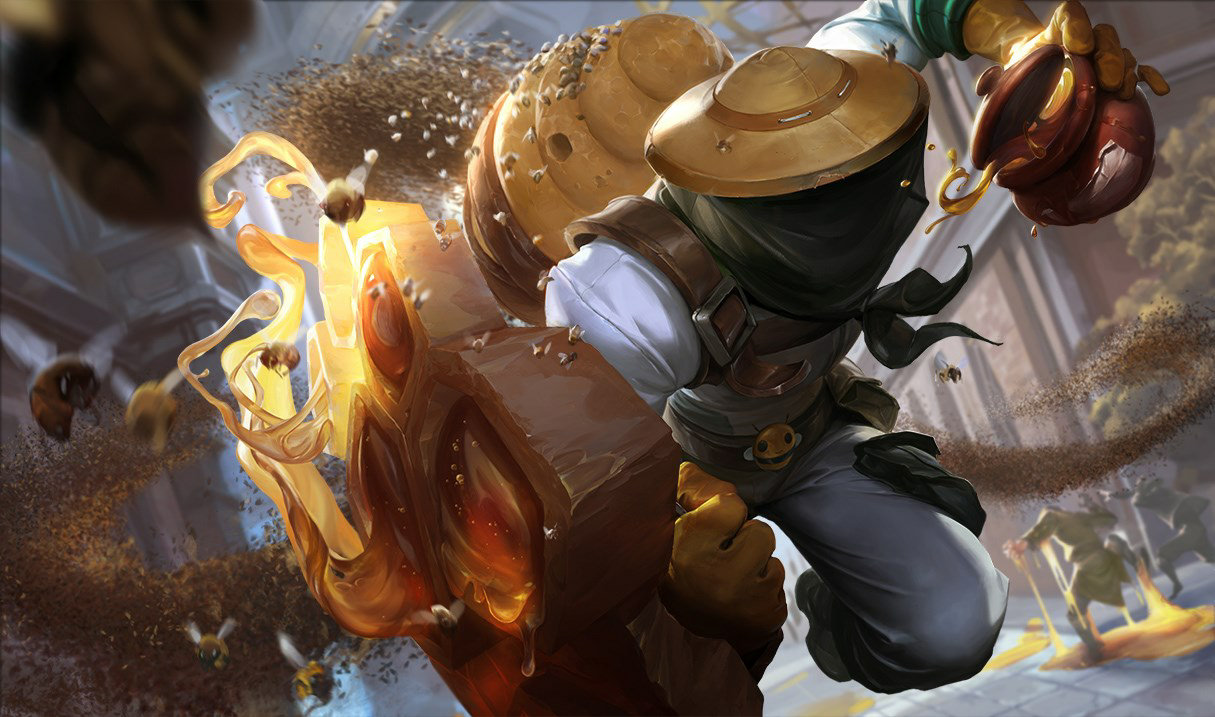 A new League of Legends patch every two weeks helps to spice up the meta, chopping and changing champions for the sake of balance.

Every change has the potential to have a significant impact on the state of the game, in both professional play and solo queue. We sifted through League stats site u.gg to provide you with a list of the champions with the highest win rates in the current patch.

Here are the best champions in Patch 12.9, according to stats.

You’ve certainly already seen Tahm Kench in the support role and top lane, but now he’s being played as an AD carry. With a lot of survivability and some useful crowd control tools, he might just be a bruiser you need to dominate in the bot lane. Currently, the champion has a 58.60 percent win rate.

Aurelion Sol continues to be underplayed in both solo queue and competitive. But, despite being rarely picked, the mid-lane mage’s win rate has increased to 55.42 percent in Patch 12.9.

Seraphine continues to make her presence known in the bot lane as a marksman. She has a 55.05 percent win rate thanks to her poke and consistently high damage. Her ultimate also makes a big difference in game-winning teamfights.

Singed is probably one of the most old-school picks in League. Despite being one of the first champions to join the game, his kit hasn’t changed a whole deal over the years. In Patch 12.9, the champ has a 54.34 percent win rate in the top lane.

Speaking of the top lane, a strong counterpick in the role is Quinn. Up against melee champions, the champion can wreak havoc, abusing her ranged abilities and potential to splitpush. At the moment, she has a 53.75 percent win rate thanks to this.

Zilean remains on our list of the best champions in the game. While he hasn’t received any balance changes recently, he still continues to perform well in the mid lane. With his ultimate, he has the ability to babysit AD carries in crucial teamfights. He currently has an impressive 53.76 percent win rate.

Janna is the first and only champ in the support role on this list, which is shocking, seeing how champions like Soraka and Sona have regularly appeared since the start of the season. She currently has a 53.47 percent rate.

In the previous patch, Swain received a major update, which was originally intended to make him stand out in the mid lane and support position. While he has improved in those roles, he has the highest rate as an AD carry with 53.40 percent.

Poppy was blessed with some well-needed buffs in Patch 12.8, and it looks like players are finally getting the hang of them since she’s starting to climb up through the ranks. At the moment, she has a 53.32 percent rate, making her one of the best top laners in the game.

There are several archetypes of champions in the mid lane, including assassins, mages, and fighters. But champions that can roam also thrive in the position, like Pantheon. With an ultimate that allows him to gank the bot or top lane in the blink of an eye, the champion has risen to a 53.23 percent rate in the role.