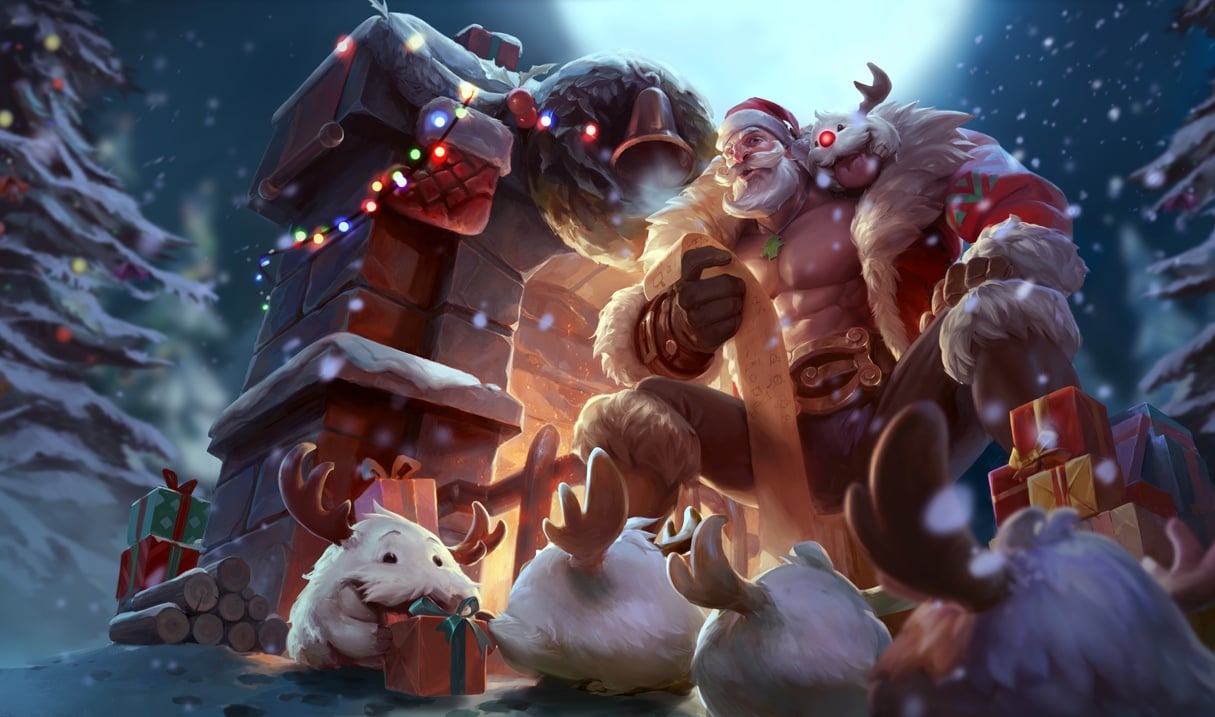 This Christmas, there’s no need to re-gift Amumu, because Santa Braum will bring exactly what you ask for. But in case Bad Santa Veigar steals all your gifts, here’s a list of what you could give to your friends who like League of Legends.

If you’re looking for a Christmas present for your League friends, family members, or even a treat to yourself, you don’t have to look further than our list. Whether you’re looking for something for a diehard esports fan or a casual gamer, we got you covered.

Here are some of the best gifts a League of Legends fan could hope for.
Prices do not reflect  shipping fees, exchange rates, and other possible additional charges.

What cooler gift to get a League of Legends fan than personal one-on-one coaching sessions with a professional League of Legends coach? GamerSensei has hundreds of coaches to choose from for all major game titles.

Embrace the greatness within you and this Christmas show it to everyone with the URF Onesie. Or just do a Urfwick cosplay.

Where to buy: League of Legends Client, specific retailers

If your giftee loves playing League, you can’t go wrong with getting them some Riot Points. They can spend their RP on whatever they want in the game and you get to pick the amount spent. It may not be the most personal gift out there, but it surely won’t leave a player without a smile on their face.

We know you play like a pro, now reach the next level with an official jersey from your favourite team. Most jerseys are also customizable with one’s name or in-game nickname for a more personal touch.

Figures are usually the most beloved collectibles for gaming enthusiasts, and there’s no reason why that’d be any different for League fans. But picking only one champion can be a struggle, so talk to your giftee to find out their favorite champion.

By breaking all-time records and expanding the League universe over the gaming boundaries, Arcane is loved by League players or just fans from the TV show. The official Arcane collection has a lot of options, from t-shirts and posters to jewelry. Anything in this collection would make a League and Arcane fan happy.

Pins can make a great gift with how easy they are to wear and the sheer amount of options available. In League, players can personalize their in-game style with cosmetics, summoners icons, and over 200 emoticons. And with the various sets of pins available in the official Riot store, now you can help your giftee express themselves with League’s emoticons in real life too.

In the game, minions help players achieve victory. They would fight for their summoner until death. And at home they’ll keep you warm and cozy in your endless journey from your bedroom to the living room, until you finally reach the final objective: the kitchen.

T-shirts are another stylish gift. In the official Riot store, you can find various colors, designs, and champions. You’re more than spoiled with all the choices you can find.

Where to buy: EMP Store

Santa Draven would be very impressed if he saw this jacket under the Christmas tree. He has defeated hundreds both in Noxian fighting pits and on the Rift, but if he saw you wearing this, he’d just be asking for shop indications.

Where to buy: EMP Store

This year, Christmas carols are overrated. Pentakill’s songs are the obvious soundtrack to the Christmas dinner with your family considering the band dropped their newest album this September. And with this Pentakill gilet, you’ll be dressed perfectly for a very metal Christmas.