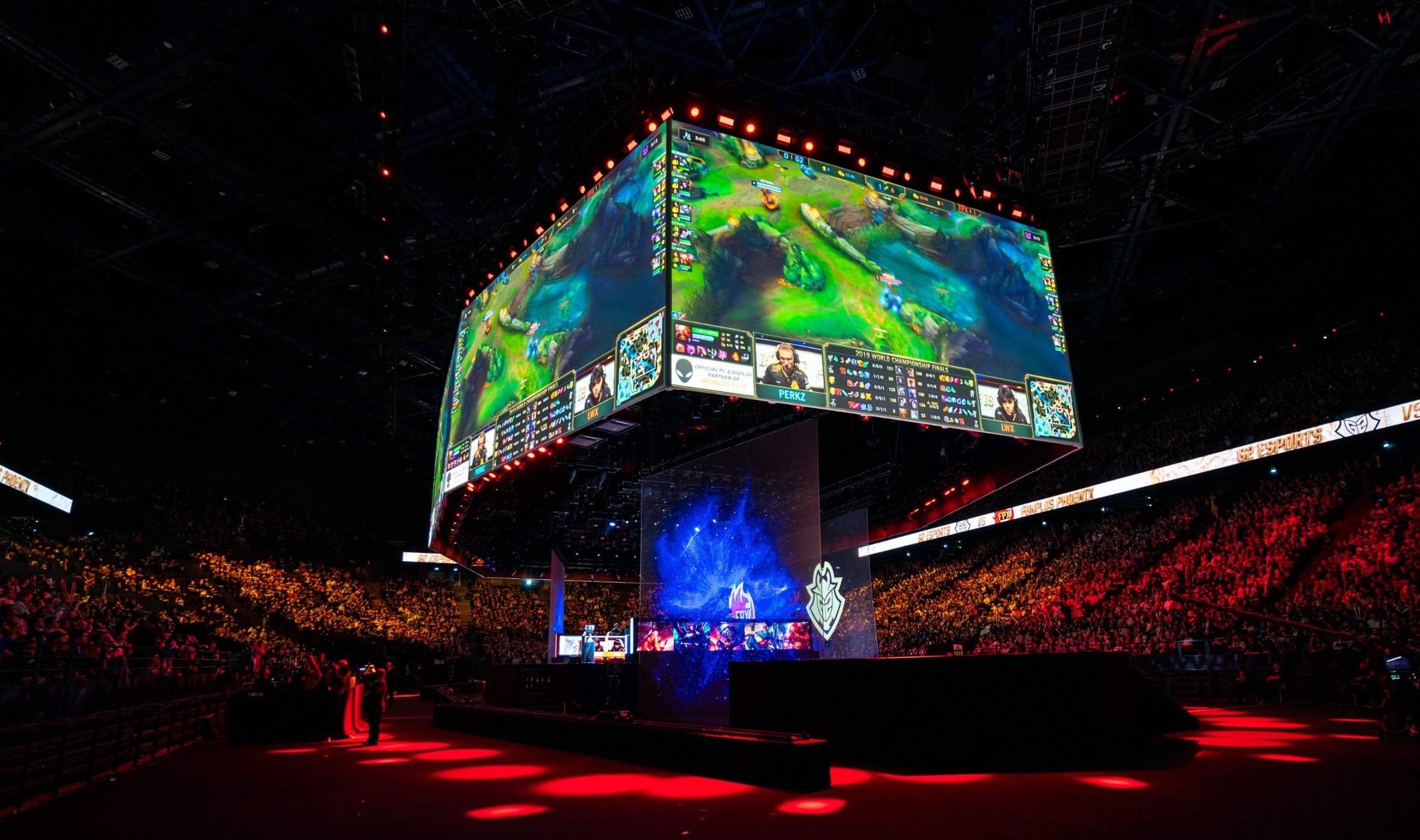 The League of Legends free agency market is set to open up across the world on Nov. 16. On that date, countless players from every competitive region will see their contracts expire and begin to search for new homes ahead of the 2021 season. And after a season of competitive League like no other, this year’s offseason scramble is sure to be one of the most intense that the professional scene has ever witnessed.

Here are 10 of the most notable free agents on the market this offseason and where they’d fit best moving into 2021.

DRX is in a precarious situation this offseason since three of its starters are coming off the books and seeing their contracts expire. The most notable of those potential free agents that the organization will most likely have to sign to stay competitive is Chovy. Luckily, Chovy proved last offseason that playing in the LCK was a priority when he turned down offers to play in other regions such as China and North America.

Heading into 2021, DRX gives Chovy the best chance to win since the roster will look to gel together for another year after reaching the quarterfinals at Worlds this past season. As DRX continues to develop, Chovy has the chance to stand out as a full-blown superstar alongside the organization’s developing young players like Pyosik and Keria. If DRX and Chovy find a way to come to terms and keep one of the most promising cores in the world together for at least one more year, there’s no reason to doubt the team’s potential success moving forward.

Throughout his tenure with FlyQuest, Santorin has proved himself as a valuable veteran leader with the ability to fit into any lineup he pleases. Although staying on FlyQuest gives him a great chance to compete, signing with Team Liquid gives Santorin countless chances to win.

If Liquid elects to move away from Broxah after one season, Santorin would be a welcome addition to a roster that’s looking to return to the top of the LCS. Additionally, his standout performance at Worlds last month most likely turned a few heads back in North America. As a proven commodity with nearly three years of uninterrupted experience in the league, Santorin could just be the missing piece that pushes Liquid back over the edge.

This offseason, many teams from across the LPL and beyond will undoubtedly look to snatch up one of the most talented young junglers in the world. But there isn’t a better fit for SofM than where he already is: Suning.

The organization came just two games away from winning the World Championship this season, and if Suning is going to run things back with a similar roster in 2021, signing SofM should be a top priority. His value comes in the form of allowing his carries, namely Angel and Huanfeng, to succeed across the board in any given situation. With those two players only set to develop further in 2021, it’d make sense for both SofM and Suning to see the jungler on board for at least one more shot at bringing home the Summoner’s Cup.

Every offseason, there’s seemingly always at least one veteran Korean player who winds up in North America. Whether it was Bang coming to play for 100 Thieves in 2018, or Fly (appropriately) joining FlyQuest in 2017, many of these LCK signings don’t tend to pan out for the North American recipients. But this year, seeing Khan spearhead an Immortals rebuild doesn’t seem too far off-base.

After the team posted an incredibly disappointing season, winning just 12 of its 36 games in 2020, the top priority on the front office’s mind should be bringing stability to the starting lineup. Despite an underwhelming 2020 season with FunPlus Phoenix, Khan still brings that sense of stability to the table. If anything, Immortals potentially signing Khan symbolically represents two parties looking to pick themselves up and dust themselves off. Both Immortals and Khan would be looking to prove that their best days aren’t behind them and perhaps a marriage in redemption would work wonders for both the player and the org.

After two years of muddling near the middle or the bottom of the LEC, Misfits is poised to find more success in 2021. The team is reportedly set to bring on Vander ahead of the 2021 season, joining Kobbe in what’s sure to be an eye-opening bottom lane. Finally, after several years of disappointment, the Misfits rebuild appears to be over and the team looks ready to compete once again.

As for Febiven, the man who’s been involved in that rebuild since the very beginning, it’d behoove the veteran mid laner to stick with the team and see the fruits of the organization’s roster reconstruction process come to fruition.

While Licorice isn’t a free agent in the traditional sense, his contract is eligible for a buyout this offseason. And after Cloud9 announced that it’s promoting Academy top laner Fudge to the starting lineup ahead of the 2021 season, it’s almost a certainty that Licorce’s days with C9 are numbered.

With that in mind, it’d make perfect sense to see FlyQuest pursue Licorice since the team’s run down the stretch only saw limited production from the top lane position, especially during this year’s World Championship. By bringing in an All-Pro top laner in Licorice, FlyQuest instantly gives itself a safety net in one of its solo lanes—an important boost considering the team is reportedly set to lose its mid laner, PowerOfEvil, to TSM later this offseason.

With reports circulating that Liquid will be bringing on former Origen top laner Alphari ahead of the 2021 season, Impact’s three-year run with the organization looks to be coming to a close. But after proving himself as one of the most valuable top laners in the LCS over the course of the last few years, there’s no doubt that the league as a whole will be looking to give Impact a new home. Perhaps the team that best fits Impact moving into 2021, however, is Golden Guardians.

The team showed brief flairs of greatness this past season with its talented young core filled with potential stars like FBI and Closer. Additionally, with Hauntzer set to hit free agency this offseason, there’d be a smooth transition from one veteran top laner to the next in regard to the team’s starting lineup. If Golden Guardians is able to bring in Impact and his fruitful experience, as well as his strong mechanical abilities, there’s no doubt that the team will be on the upswing moving forward. Stalwart veterans who can keep up with the young guns of the league are hard to come by, but Impact certainly fits that bill.

It’s almost impossible to see Nuguri land anywhere but DAMWON this offseason. Of course, organizations from around the globe will be looking to spend big cash on one of the best top laners in the world. But when it comes to winning, there’s no better combination than Nuguri and DWG.

This offseason, DWG will have to deal with the expiring contracts of both Nuguri and BeryL, two players who played key roles in a dominant stretch run that led to the Summoner’s Cup. If the organization is able to retain those two players, there’s no reason to believe that the team shouldn’t be able to win once again in 2021.

The relationship between Nuguri and DWG is symbiotic. DWG gives Nuguri the best chance to succeed and he has a home with the organization. He’s practically turned into a franchise player within the span of a few years and seeing him bring that sort of stature anywhere else in the world is difficult.

TusiN performed up to standards in 2020, but a strong portion of LCK supports outclassed him down the stretch. Moving forward, his value comes mainly in the form of veteran leadership and proven experience.

While his time with KT Rolster in 2020 didn’t necessarily work out, it’s still fair to claim that TusiN is one of the most valuable supports on the worldwide free agent market this offseason. And with a handful of teams in the LCK looking for a veteran to lead their respective rosters in 2021, TusiN could find himself a new home relatively quickly.

Of the teams looking to rebuild, Afreeca Freecs is an organization that should most definitely be on TusiN’s radar. His former team teetered on the brink of contention throughout all of 2020 but was missing an extra boost to get into the broader conversation of contenders in the LCK. If TusiN is looking to surpass names like BeryL, Life, and Effort in 2021, a reunion with Afreeca could potentially be what he needs to find success once again.

After a less-than-stellar year with Liquid, it wouldn’t be surprising to see Broxah ousted from his position on the team’s starting lineup—especially with such a strong pool of free agents representing the jungle position this offseason. If Liquid decides to move in another direction, Broxah would fit in nicely with Excel over in the LEC.

After two seasons in the LEC, Excel remains the only team in the league to never reach the playoffs during a given split. Additionally, with former franchise jungler Caedrel retiring from pro play, there’s a fairly large hole that needs to be filled in the Excel starting lineup. With a former Worlds finalist in Broxah on board, the organization could finally break its own glass ceiling and perform well in the LEC. A proven veteran who knows the competition like the back of his hand could be just what Excel needs to turn things around in 2020.