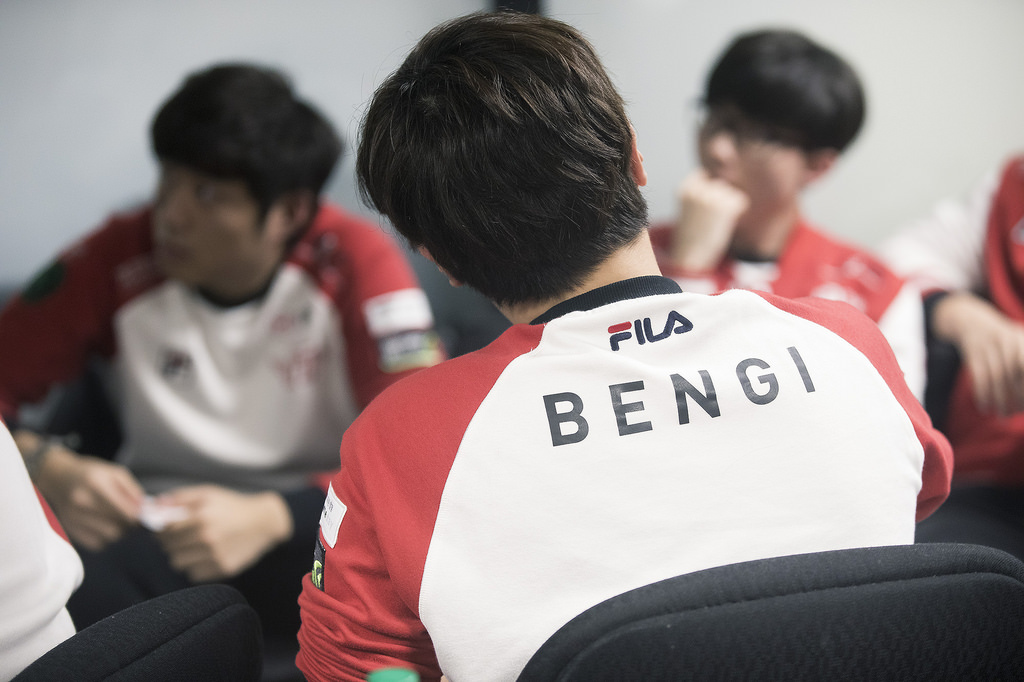 Lee “PoohManDu” Jeong-hyeon and Bae “Bengi” Seong-woong joined LPL side Vici Gaming at the start of the year after coaching and playing for SKT respectfully. They both left the organization in May 2017 after a poor string of results, and have been on a break ever since.

For Bengi, this will be his first foray into coaching. He will be making the switch with the team he won two World Championships with in recent years, in 2015 and 2016. PoohManDu also had World Championship success with SKT in 2013.

But for all their years of success, SKT had a relatively disappointing 2017. The team failed to claim its fourth World Championship title after losing to Samsung Galaxy 3-0 at the Worlds 2017 final. Since then, the organization have parted ways with a number of its coaching staff.

Two of the team’s 2017 roster have also moved on from the organization. Jungler Han “Peanut” Wang-ho joined Longzhu Gaming after being let go by SKT, while top laner Heo “Huni” Seung-hoon is looking to join Echo Fox according to an ESPN report.