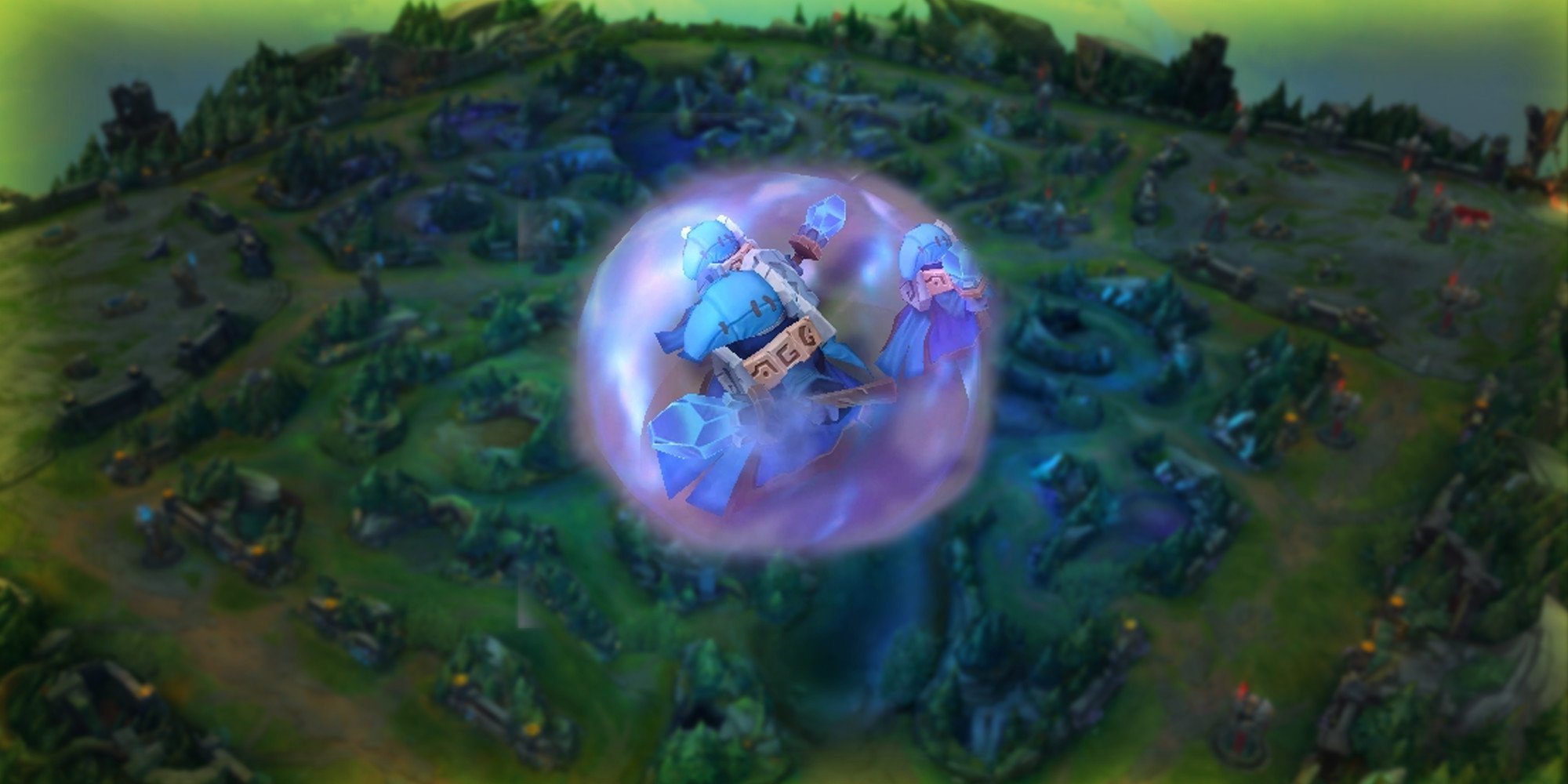 Images via Riot Games | Remix via Will Copus

Banner of Command is the most broken item in League of Legends. As recently as last season, it was a little-used item that only made sense on wonky splitpushers or support champions.

But several successive changes have made it one of the most overpowered items in the game. Things got so bad that Riot Games announced that the ARAM game mode would be hotfixed to remove the item entirely. That makes sense—ARAM has only one lane, so whole teams buying Banner could buff an entire wave of minions that their opponent simply had no answer for.

With it’s time on Butcher’s Bridge limited, players pivoted to figuring out where else Banner could go. And the answer is simple: It’s insane on Summoner’s Rift, too.

Related: Riot to disable Banner of Command in ARAM due to whole teams buying the item

Banner first became a ridiculous item a few patches ago when Riot goofed and made it stack with the Baron buff to make minions absolutely monstrous. Cannon minions basically turned into Siege Tanks from Starcraft.

After that was fixed, Banner still provided an awesome bundle of stats for an extremely low cost—just 2,200 gold. It’s basically this year’s version of Righteous Glory. The immunity it gave minions to magic damage made it oppressive in mid lane, while remaining a great way for teams with poor macro to control side lanes as well.

That’s crazy. It may not be rushed by every mid laner now, but for side lane control, that amount of damage reduction is stupid. Think about how long it’s going to take a tank to clear a banner minion with that level of protection.

League players are starting to notice the change, flooding social media with tales of woe. Only the truly depraved would rush this item in a ranked game.

If, however, you have no shame and want the juicy free LP, be sure to pair your Banner purchase with the Ingenious Hunter rune. That rune gives 15 percent item cooldown reduction, which stacks up to 40 percent with unique champion takedowns. At 40 percent CDR, Banner’s 120 second promotion CD can be reduced to just 72 seconds.

Yup, you read that right. At 72 seconds, you can promote a minion every other wave. Can you imagine setting up a slow push with not one, but two Banner minions?

Good thing there are relatively simple ways to counter this new strategy. One original solution, the Minion Dematerializer rune, remains an option. The other is for teams to actually control minion waves and make sure they’re not forced into a corner by one or more Banner minions.

That may be too much to ask in solo queue—or even the NA LCS—but it’s not impossible. It may not even be that big of a deal once players get over the initial shock. Focus on those side lanes and keep yourself from getting overrun—or watch as those Banner minions dance over the ruins of your Nexus.