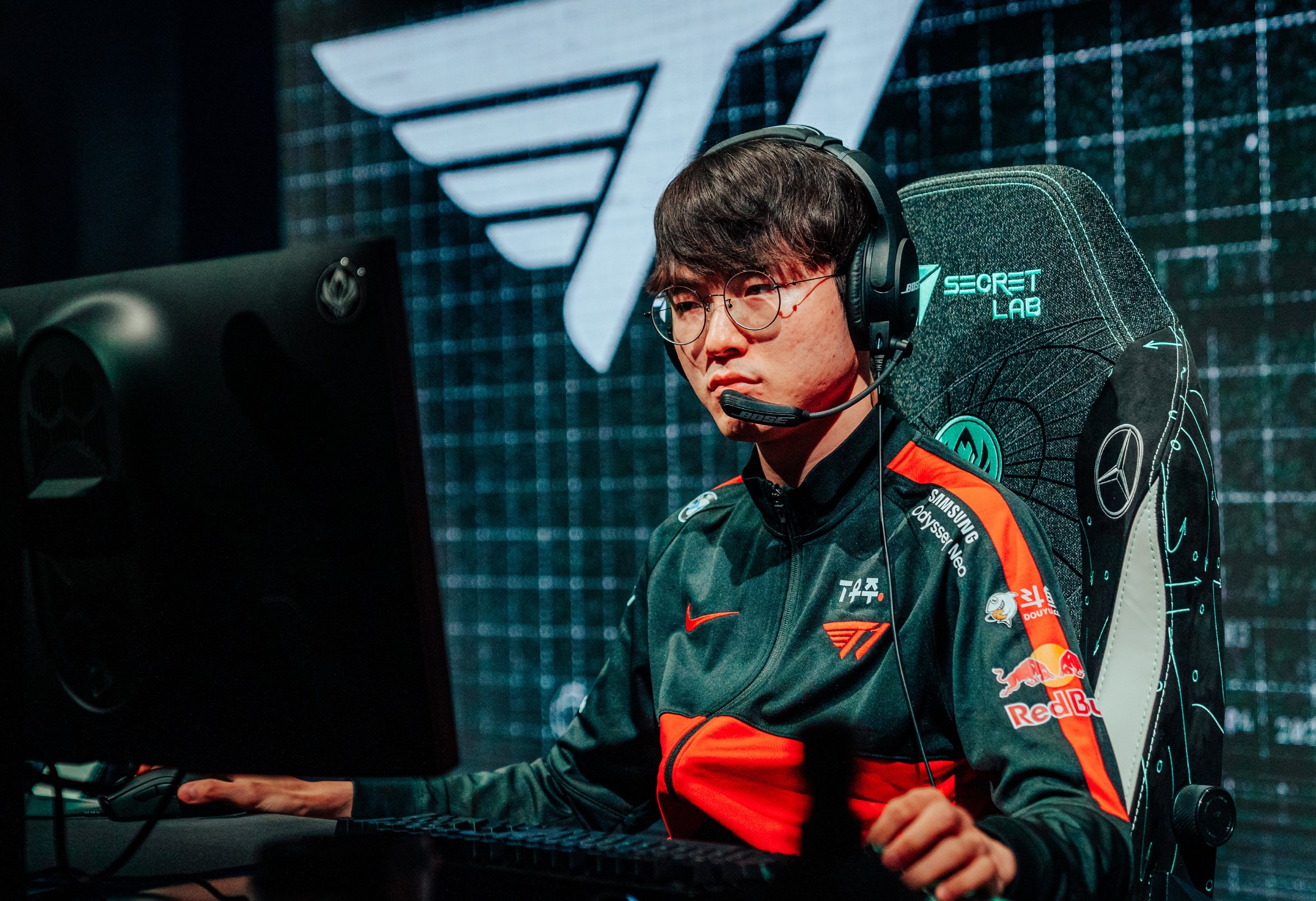 Since the very beginning of the 2022 professional League of Legends season, T1’s attendance at this year’s World Championship felt inevitable. Today, T1 made its date with the Summoner’s Cup official, as the team qualified for Worlds following a dicey 3-2 victory over DWG KIA in the semifinals of the LCK Summer Playoffs.

Despite the match victory, T1 nearly let their ticket to Worlds slip out of their fingers today. After winning the series’ first two games in convincing fashion, DWG KIA roared back in games three and four, threatening T1 with a potential reverse sweep.

Still, T1 persevered, winning the fifth game of the match after adapting their strategy and finding success in a far-different fashion from their first two wins of the series. After winning games one and two in just 25 minutes each, T1 played for the late-game in game five, securing their Worlds-clinching win just past the 42-minute mark.

Despite four aggressive games to start today’s series, the fifth and final game of the match didn’t see any kills by either team until the 25-minute mark. The slow crawl of a finale eventually saw T1 outscale DWG KIA to put a capper on the five-game victory.

With their win over DWG KIA, T1 have advanced to the LCK Summer Finals, where Gen.G await them on the other side of the matchup. The LCK Summer Finals, which will feature a rematch of the Spring Finals between T1 and Gen.G, are scheduled to be played on Aug. 28. If T1 win the grand final match, they would qualify for the World Championship as the number one seed out of Korea for the third time in franchise history.

As for DWG KIA, they’ll still have a chance to qualify for Worlds through the LCK regional qualifier, which is set to begin after the conclusion of the Summer Playoffs. The regional qualifier will feature the league’s third through sixth place teams competing in a single-elimination format, with the top two teams from that tournament qualifying for Worlds. DWG KIA will face off against Liiv SANDBOX in the opening round of the regional qualifier.

T1 will head back to the LCK stage next Sunday, Aug. 28, for the league’s Summer Finals against Gen.G. The winner of that match will go to Worlds as the LCK’s number one seed, while the loser will be the region’s number two seed at the tournament.