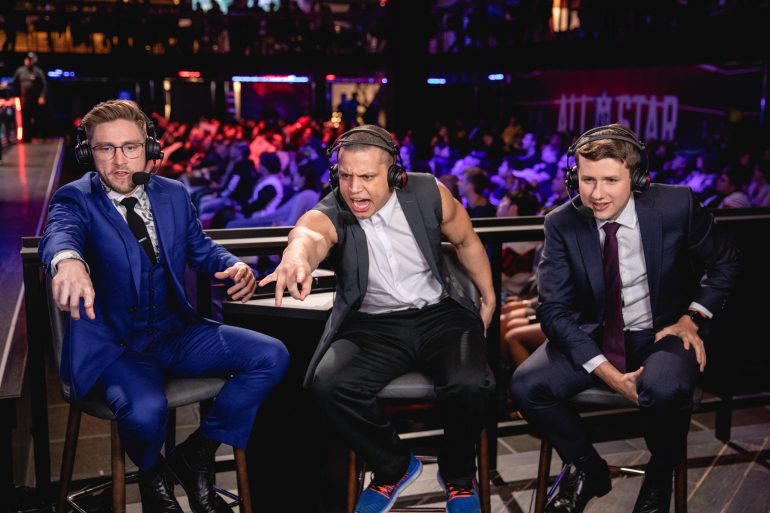 Riot Games recently partnered up with a community artist that goes by the name ZOMBGiEF to create a framed drawing for Tyler “Tyler1” Steinkamp, according to the artist’s announcement on Twitter.

ZOMBGiEF also announced the project on Reddit yesterday, adding some details that were excluded from the original Twitter post. On Reddit, they explained that Riot reached out with the idea already in mind, and then the company’s community managers provided feedback throughout the creation process. This is very similar to how the giant, 10-story building mural was created for Michael “Imaqtpie” Santana last year.

The picture was meant to wish Tyler1 a happy new season, and sort of a wish for him to stay his reformed self. Tyler1 has taken over the League of Legends Twitch community as one of the most popular streamers on the platform, and he’d certainly be missed by many if he was “banned indefinitely” again. The drawing featured Tyler1 as Draven, writing “I will not be toxic next season,” on a chalkboard with Professor Ryze, presumably representing Riot, watching nearby.

Riot staffer Nathan “Blaustoise” Blau joined in the Reddit comment section to add onto the story, saying that it’s been interesting to watch Tyler1 merch flood into the Riot office after his unbanning, and that it was all considered fairly taboo in the midst of the drama in 2017.

This picture was apparently under wraps until Tyler1 revealed it on stream. After the artist drafted several copies to Riot and finally finished the approved one, the picture was framed, wrapped, and sent to Tyler1 over the holidays, and he just now opened it up. While it’s no gigantic mural, it’s at least a sign that Riot is willing to keep working with community creators heading into 2019, and that’s definitely a good thing.