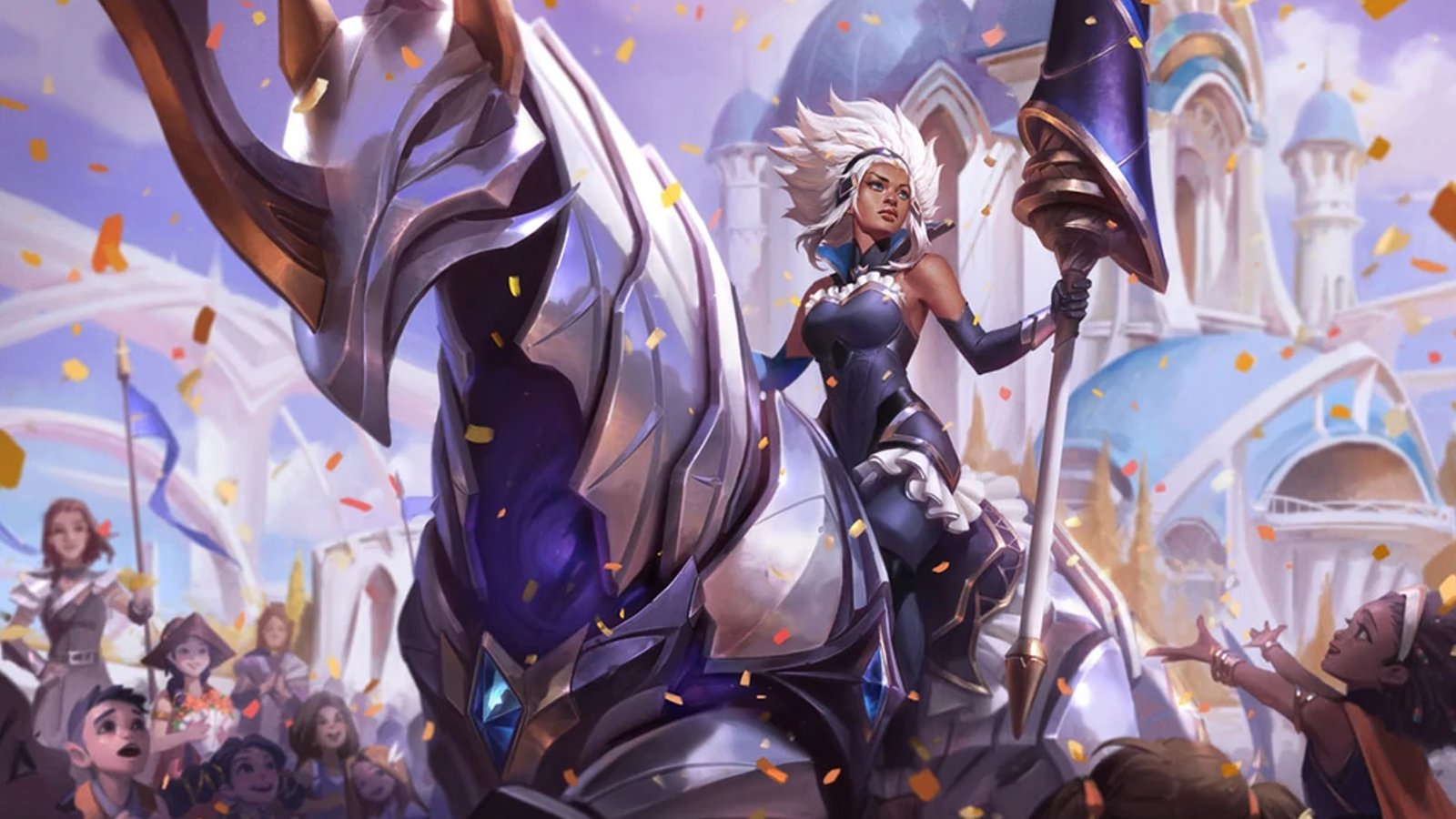 Rell, the Iron Maiden, is a support champion in League of Legends that was released on Dec. 10, 2020. Designed as a durable engage champion packed with CC that steals enemies’ magic resist and armor, Rell was a dominant pick in pro play for months despite Riot’s repeated nerfs.

After several months of getting nerfed, though, Rell completely disappeared from pro play. Since she was heavily nerfed over the course of several months, her Solo queue win rate plummeted too, leaving the champion in an almost unplayable state.

For almost a year, there was no sign of her getting some love soon–until a couple of days ago when a Redditor posted a detailed post on Rell mains subreddit showcasing a list of spells that will be potentially featured in Rell’s mid-scope rework.

So, here’s a first look at how Rell’s reworked abilities might look.

All of Rell’s reworked abilities in League of Legends

Rell is an engage support that’s best paired with short-range AD carries that like close combat and outplaying their enemies with their wits. So nautrally, Rell likes Kai’Sa, Draven, Lucian, and Nilah since they thrive in the eye of a teamfight and easily help Rell stun multiple targets with her Attract and Repel. And since Riot loves to keep the champions’ identity when reworking them, Rell’s kit will still look similar but with several tweaks that won’t lead to a dominant and repeated performance in pro play.

The most notable changes are her new E and R spells, which have been moved around and tweaked so that the kit doesn’t feel clunky and so that she’s more durable in teamfights instead of dying immediately after engaging.

Rell’s Q, Shattering Strike, will basically stay the same spell. Rell will thrust her lance, destroy all shields, and do additional magic damage however, the first unit hit will suffer Break the Mold’s defense steal. On top of all of that, if Rell breaks a target’s shield, they will be slowed when moving away from Rell.

While Break the Mold and Shattering Strike were only tweaked, Rell’s Ferromancer’s Vow will look nothing like its previous version. Once Rell activates her Ferromancer’s Vow, she’ll become unstoppable for two seconds and will get movement speed when moving toward allies. After two seconds, both Rell and her nearest ally will get a shield rapidly declining over two seconds.

Riot is reportedly changing her E ability entirely by making her previous Ultimate spell her E ability. Functioning as the current Ultimate, with Magnetic Overload, Rell will explode in magnetic furry, pulling all enemies toward herself and dealing damage. After three seconds, Rell stuns all enemies caught inside Magentic Overload and does damage to them.

Similar to the original first part of W, Rell’s ultimate will have several important points you’ll have to bear in mind when playing her. First, she will have a passive spell called Mounted that gives her a bonus 15 percent of movement speed that’s doubled when moving towards an ally champion. The active part of the spell is called Active-Ferromancy-Crash Down, and it allows Rell to leap down from her mount, knock up enemies and deal damage in the area. Then, Rell enters the dismounted form, and she gets a shield, but her movement is decreased. On top of that, she can still use Ferromancy-Rising Shrapnel.

The second part of her new ultimate passive is tied to Rell being dismounted. Once dismounted, she and her nearby ally will get bonus armor, and magic resist. And finally, with Ferromancy-Rising Shrapnel, Rell will unleash a pillar of shrapnel in front of her that flings enemies over her head and does damage to them. Then, Rell once again enters her mounted form, gets 20 percent movement speed, and can use Ferromancy-Crash Down once again.