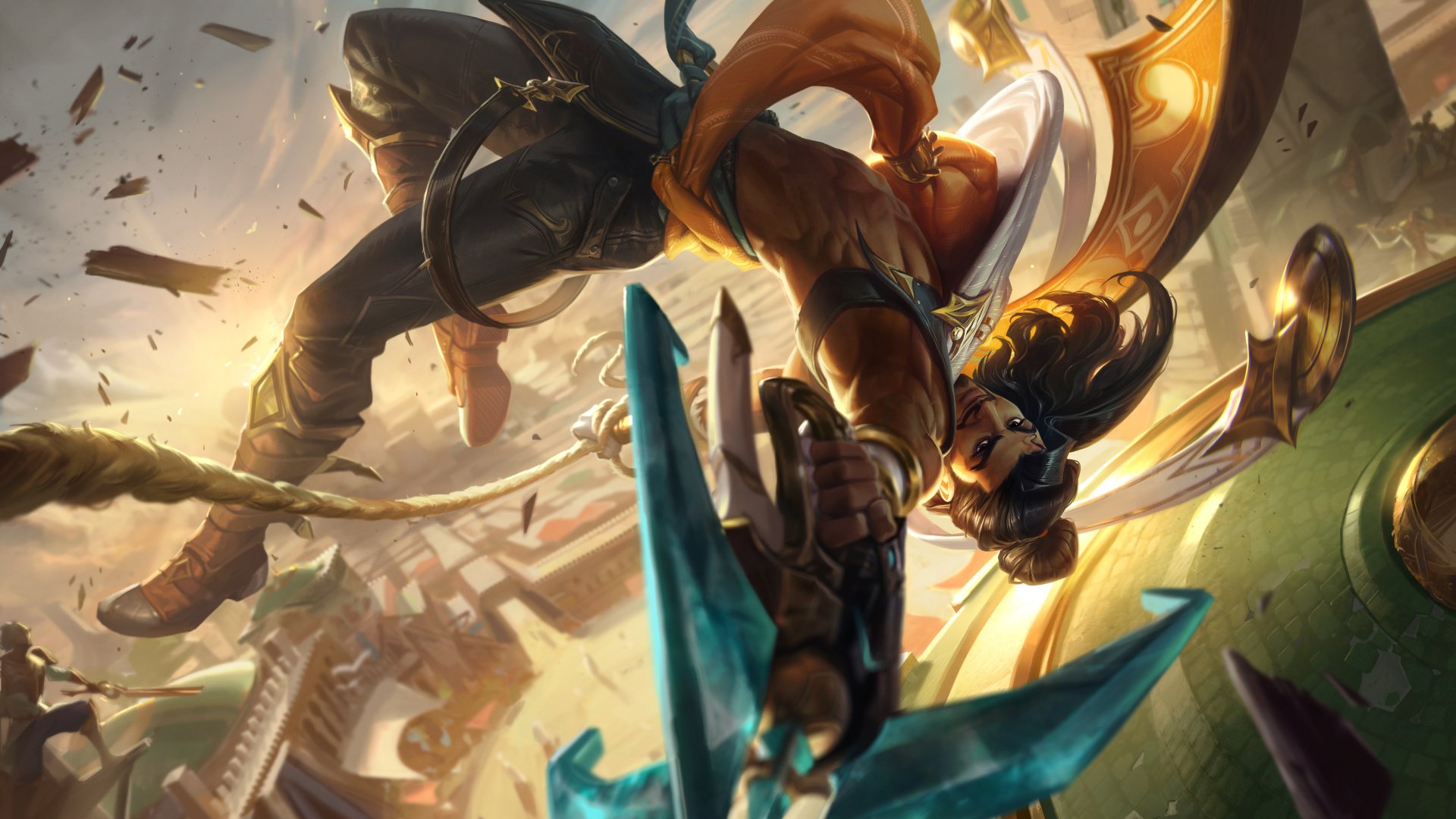 Akshan was buffed just one day after his League of Legends debut—and it seems like that wasn’t enough.

Lead game designer Jeevun “Jag” Sidhu discussed a second Akshan buff today, detailing the precise changes that are now live with an 11.15 micropatch. And due to the new champion’s “very low win rate,” he’s getting some more love.

“We were very cautious of his revive mechanic in terms of release balance,” Jag said. “That said, he’s still at a very low win rate and so may have been too conservative.”

In an attempt to increase the mid laner’s impact, Riot is increasing Akshan’s attack speed per level from 2.5 percent to four percent. His Avengerang’s (Q) damage to minions is also being increased at later levels, bumping up from 40 to 70 percent to 40 to 90 percent.

Akshan is intended to fall off during the later stages of a match, like AD assassins often do. But it seems his effectiveness steeply declines as the match goes on. The Q buff should help him clear waves more efficiently, allowing him to splitpush better after the laning phase. The attack speed buff should also greatly increase his late-game damage output.

The Rogue Sentinel was initially buffed in a July 23 micropatch that targeted his base health, base AD, and Q cooldown. While the devs hoped his win rate would increase by roughly two percent, it seems like he’s still underperforming. Akshan mid is sitting at a low 39.2-percent win rate in Platinum ranks and above, according to Champion.gg.

A new champion’s win rate often starts off low as players learn their mechanics and abilities. Akshan’s win rate should improve over time, but the devs will reassess his game impact in the next patch.