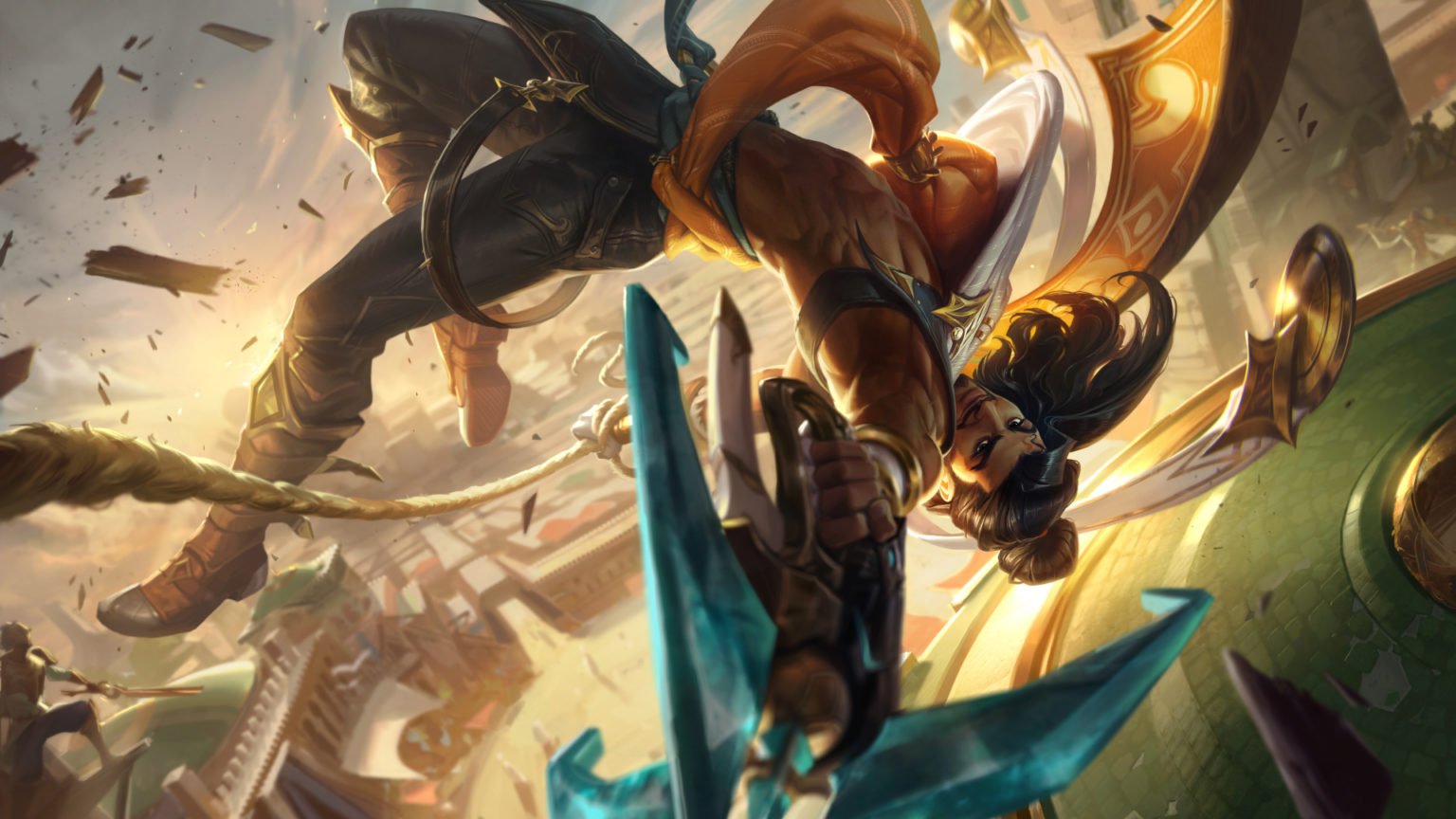 Akshan, the Rogue Sentinel is making his debut in League of Legends Patch 11.15.

In line with the ongoing Sentinels of Light event, which kicked off on July 8, Akshan is a Sentinel who “swings into battle wielding an ancient weapon of tremendous power,” according to Riot.

A mid lane marksman with a grappling gun, stealth, and a revive, the champion is described as a “roguish assassin” and someone who fits the “let’s-make-this-Lux-playing-fool’s-life-miserable” playstyle.

“We’ve been watching marksmen go mid in pro and regular play for a while, but none of them feel like they belong there,” game design lead Jeevun “Jag” Sidhu said on July 7. “They don’t provide the things that champs designed for mid should, like crowd control or target access. So we wanted to craft an experience that would feel like a distinct assassin style, but also clearly feel like a marksman, and put those two worlds together in mid lane.”

Aside from the new champion, Patch 11.15 also includes a slew of balance changes catered to solo queue and pro play. Irelia, Rumble, and Shyvana are just a few of the many champions up for adjustments.

Here’s the full list of notes and updates for League’s Patch 11.15

Matchmaking for the Ultimate Spellbook has bas been “reseeded,” according to Riot. This means that your matches should now be with players of a “more equal skill level.” This fix took effect in the middle of the previous patch, but Riot believes it’s worth pointing out in Patch 11.15.

The third split of ranked begins on Sunday, Aug. 8. An Akshan summoner icon, Akshan emotes, and a series one Eternals capsule will be up for grabs.