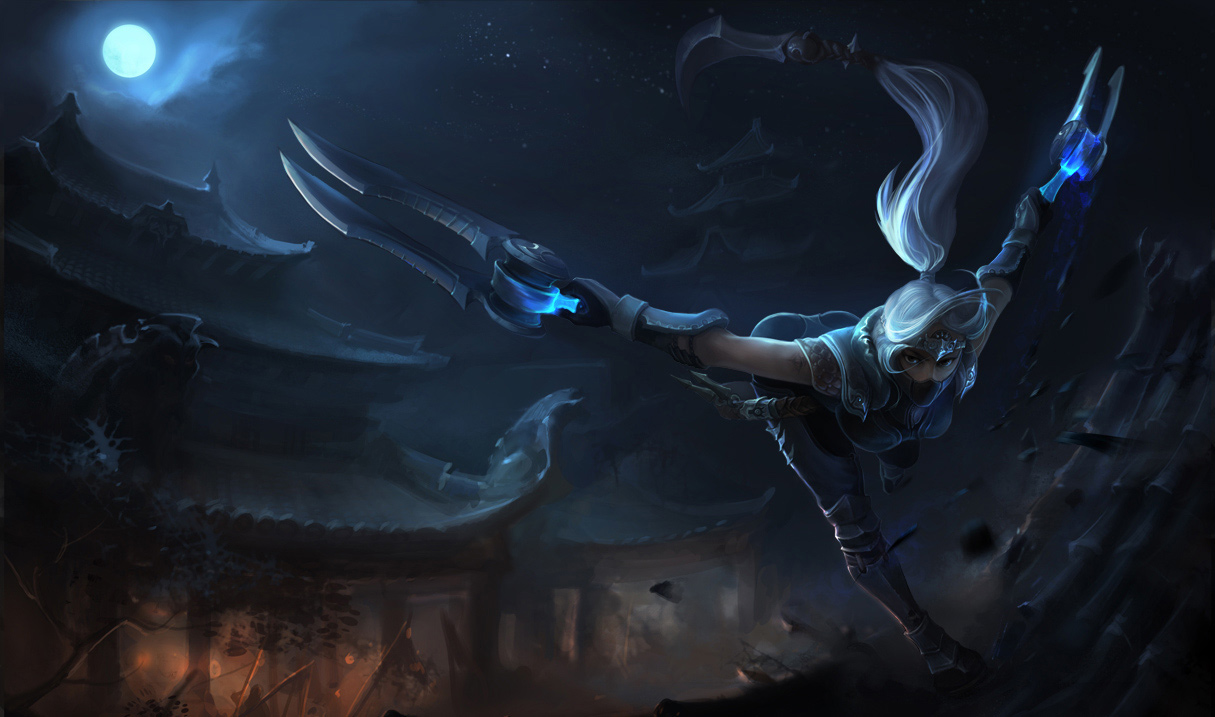 Following in the footsteps of Swain’s rework, Akali will soon have her very own large-scale update, according to Riot’s announcement today.

The goal of her new look and ability kit is to play into her identity as a ninja assassin. Right now, the only tool in her kit that actually feels ninja-ish is her shroud, and even then, Riot thinks it can do better to toy with her invisibility. As it stands, she’s way too generic as an assassin. Essentially, she gets in range, dives in, and deals a ton of damage—and that’s not very exciting.

Riot also wants to fix her issues during the laning phase as well. She’s far too feast-or-famine right now, in that she crushes once she gets on a roll, but if she dies once or twice in lane, she’s shut out for the remainder of the game.

Her new abilities should give her tools for trading damage more meaningfully in lane. Although she won’t be completely rid of her feast-or-famine characteristics, she won’t feel totally useless if she can’t 100 to zero an ADC in under two seconds.

There are two other huge updates for Irelia and Aatrox in the works right now, too, and Akali’s is expected to launch somewhere in between those, if not soon after.