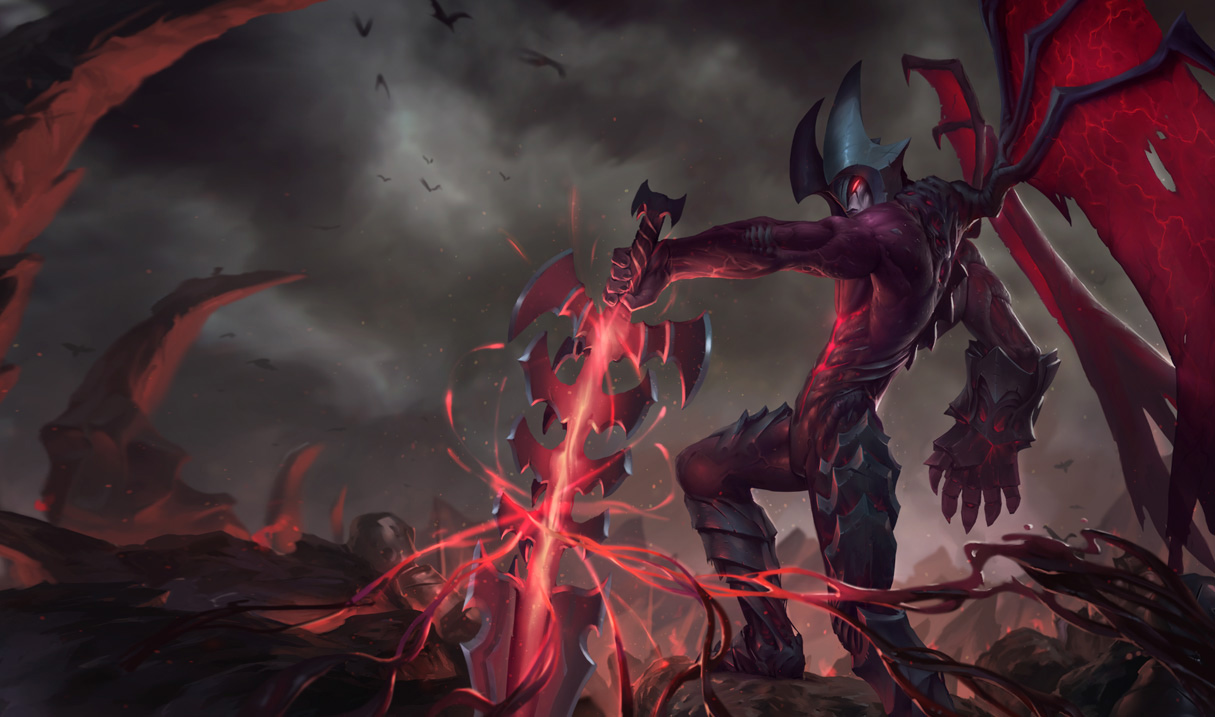 It’s been a while since we’ve heard any mention of the rework that Aatrox was promised a couple of months ago, and after today’s announcement from Riot, we can get a grasp on just how large this champion update is going to be. There’s no other way to say it, it’s going to be huge.

In fact, it’ll be the largest gameplay update a champion has ever received in League of Legends.

When Aatrox was released four years ago, tons of players were excited to play him. It wasn’t hard to see why, either. A demon with a sword that feeds on bloodlust and death? It doesn’t get much more badass than that. Unfortunately, it didn’t take long after his launch for that excitement to turn to disappointment as we all realized he didn’t actually play like a bloodthirsty demon. He played like a wet noodle. Dare we even say it—he played like Urgot.

Yeah, he played like Urgot. They’re very different champions with very different problems, but the basis of their situations is the same. No one knows what they are exactly. For example, we know Urgot is a Noxian warrior that’s proven very difficult to kill, but what is he supposed to be in the game itself? A tank? An ADC? Both? There isn’t a clear answer, and Aatrox is the same way. He’s a weird, amorphous hybrid between a tank, an AD burst assassin, and an attack speed on-hit monster like Master Yi. And let us tell you—it isn’t a pretty combination.

Aatrox’s concept is really, really cool, but he doesn’t play anything like you’d assume he would. He doesn’t feel like a demon warrior fueled by bloodlust, and that’s why he needs a major redesign instead of just a few buffs. There were a few patches earlier this year that all dished out major buffs to him as a band-aid to make him more appealing in the short term, but Riot was very straightforward with everyone when they made clear that those were actually just band-aids.

That being said, it’s definitely clear that this ginormous incoming update is needed. Unfortunately, it’s still quite far away, but at least we know a bit more about it now.