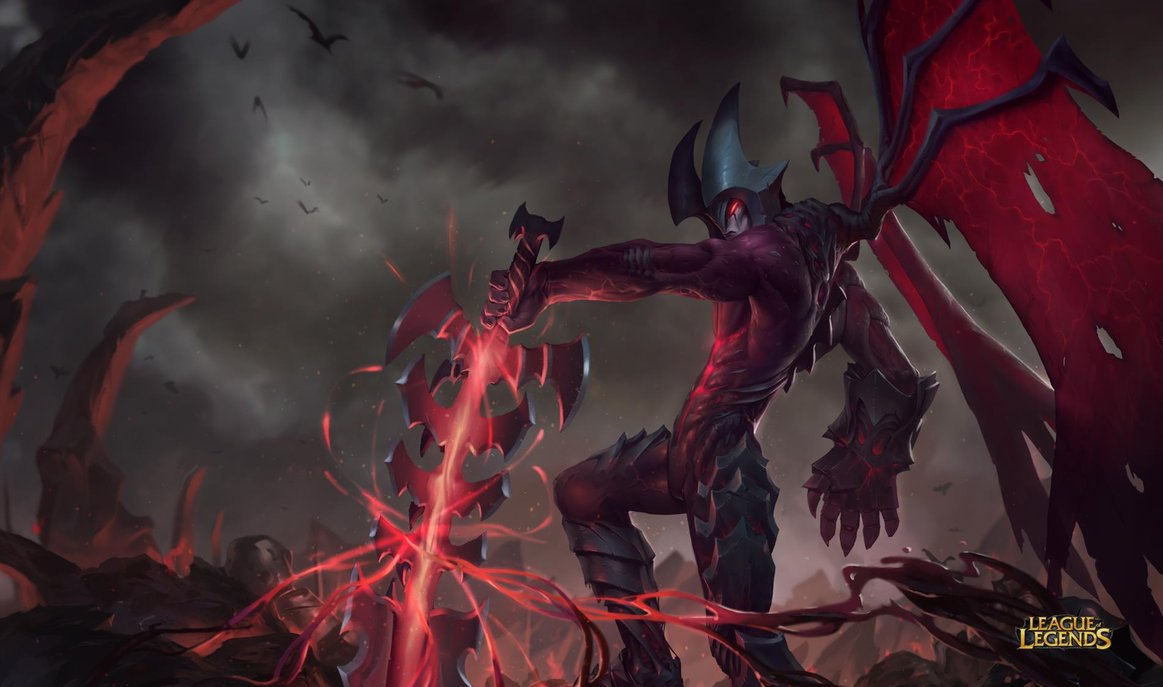 Aatrox may just be League of Legends’ worst champion. But he’s finally getting some well-deserved changes.

The update will address small changes, which will act as a Band Aid until the design team can get around to pushing out a large scale rework to fix Aatrox’s issues, according to a post made on the development board of League’s forums.

The goal is to address two of his most glaring problems: his revival passive and his percent-health costs for abilities.

His passive acts just like the Guardian Angel item, meaning it automatically revives him upon falling in battle and has a very long cooldown. The health he gains back when revived is dependent on how much of his own health he used from casting his own abilities beforehand. The revival passive was a cool idea when Aatrox was released, but it’s turned into one of his largest pitfalls. Other champions, like Anivia and Zac, have revival ultimates that don’t seem to cause too many problems. Why is Aatrox’s any different? Well, because it’s counterintuitive with the rest of his kit.

Aatrox loses a percentage of his own health every time he uses an ability. We’re not talking a low amount of health either. His Q, for example, requires ten percent of his current health, and his E requires five percent. For comparison, Zac’s abilities cost four percent of his current health, and Zac builds super tanky so it doesn’t hurt him as much. Aatrox’s W is also a problem. It has two forms, and when Aatrox is in “Blood Price” form, every third basic attack also takes health from Aatrox. In order to get any decent amount of health back upon being revived, Aatrox needs to fill his “Blood Well” by using his abilities at the steep cost of his own health.

His Blood Well depletes by two percent per second if Aatrox hasn’t received or dealt damage in the past five seconds. This means that he needs to repeatedly consume his own health from abilities often if he wants his ultimate to have any real effect, meaning his health is often very low. Aatrox is also typically a damage-dealer, so losing that much health is more detrimental than it is for Zac, who builds as a tank.

We know what you’re thinking: Aatrox could just build tanky too and the health costs wouldn’t matter as much. But Aatrox’s abilities like his ultimate and the Blood Price form of his W stress that he builds more damage or they won’t be nearly as effective. Likewise, the percent-health costs on his abilities are so high that even if he built more health, it wouldn’t matter.

Riot plans on taking away Aatrox’s percent-health costs, and his E will likely be getting a small flat-health cost to compensate. This will give him more build options (like building tanky) without having to give up tons of health anyway.

His passive will probably be moved to a proc system as well, meaning he’ll gain attack speed or damage whenever the random proc activates on an auto attack—and it will give him the opportunity to revive if it is off cooldown. This will make him less useless when his revive is down, but will also shift him to more of an unpredictable playstyle, much like Gnar.

A smaller change is also being looked at to make the healing form of his W, Blood Thirst, less reliant on AD. This will also promote the tanky build option, since AD is less of a required factor to his kit.

Hitting his percent-health costs and passive this hard are necessary if Riot wants Aatrox to be considered even remotely playable again. Honestly though, fans of Aatrox will take anything at this point, because nothing in League is worse than Aatrox right now, right?