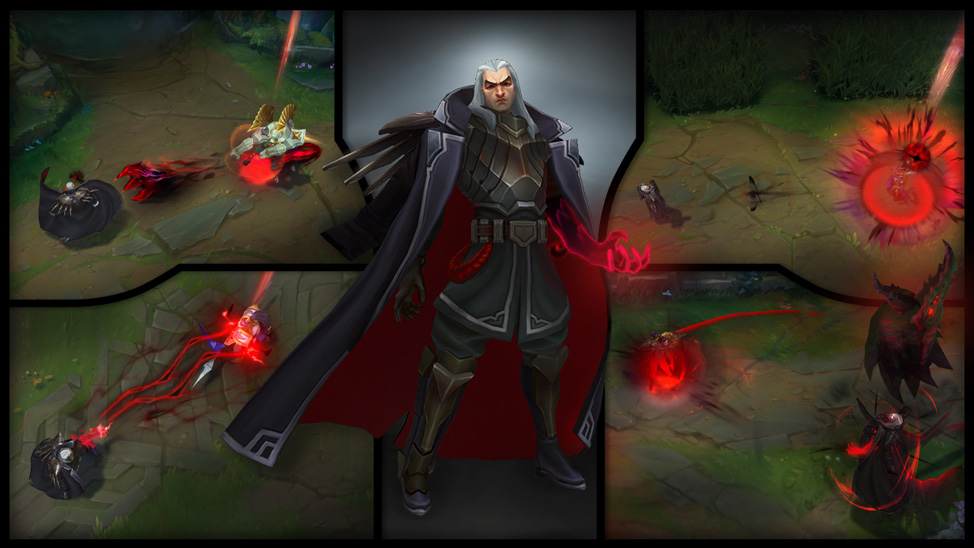 Remember when Swain’s bird somehow stayed on his shoulder while sitting on the ground shooting a laser beam at his enemies? Yeah, us too. That really sucked.

Actually, that derpy raven laser is still in the game—but you won’t have to wait long before it’s a thing of the past, because Swain’s full rework was revealed today along with his abilities, according to Riot’s announcement.

His new kit centers around the same style of tanky mage as before, but with an emphasis on routing and zoning his enemies. Using his wide range of heavy-hitting abilities, he can force enemies to move or run away in certain directions—right into his crowd control and their certain doom. When ganked, he can turn the tides with some well-placed abilities to keep his enemy laner at bay while charging the misguided jungler trying to make a hero play.

Swain’s new passive allows him to rip out Soul Fragments from immobilized enemy champions, pulling them toward him and dealing damage. Swain’s ravens can also scavenge for Soul Fragments left by dead enemies, healing Swain for a portion of his maximum health and storing them for later.

Swain fires bolts in a cone, which stick to the first enemies they encounter. If they kill a target, they’ll pierce through and restore mana to Swain. Multiple bolts can stick to one target, but they only take full damage from the first bolt.

This ranged skillshot provides a lot of utility. After a short delay, it damages, slows, and reveals enemies caught in the explosion. Each champion caught also grants Swain a Soul Fragment. This is an excellent tool for zoning enemies, not just damaging them.

A demonic hand fires out, damaging enemies it passes through. After reaching max range, it returns to Swain, dealing more damage and rooting the first enemy struck on the return path. When it detonates on the first target while returning it also roots anything caught in the explosion.

Upon casting, Swain enters his demon form, draining health from nearby enemies on-cast and slowly draining more health from nearby enemies across the extended duration. When it ends, Swain casts Demonflare, dealing a lot of damage to any enemy nearby. If Swain drains enough health, he can re-cast the ability to cast Demonflare and end the ability on-demand. When Demonflare casts, it detonates Soul Fragments that Swain has stored, dealing more damage per fragment detonated.