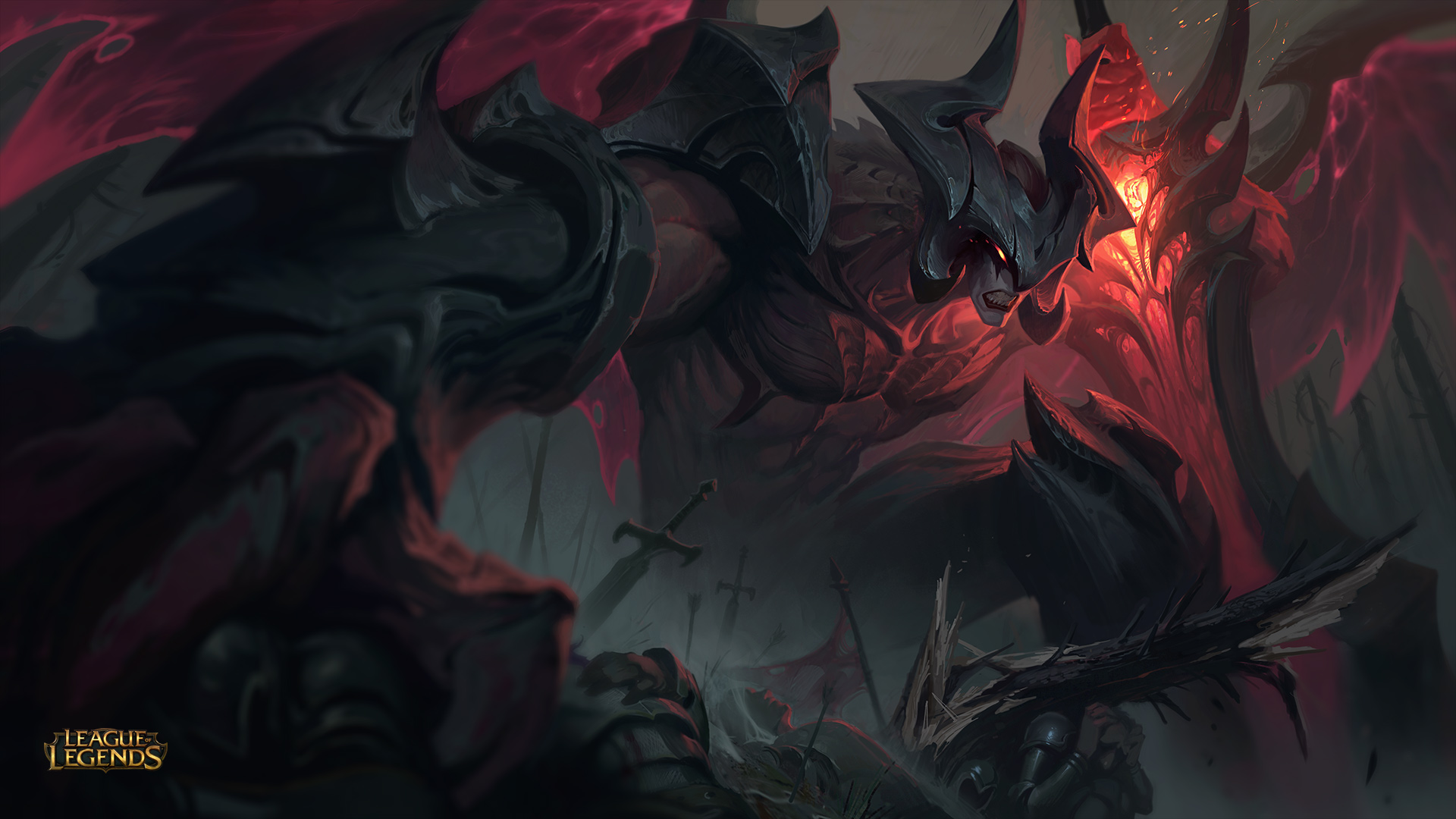 Aatrox’s massive League of Legends update was officially revealed today by Riot, and the company has given an in-depth look into his new abilities.

If you were a fan of the old Aatrox you’re going to love his new kit, because it holds onto some of the better parts of his old theme and improves upon them tenfold. Aatrox has been sold as a bloodthirsty demon fueled by murder, but he never really felt that way in-game. Well, he definitely does feel like a murder-monster now.

He’s a juggernaut, which means he succeeds by building high AD and health. His passive allows him to heal for huge amounts while dishing out some unreal damage. While he’s not as mobile as he used to be or as mobile as Riven, whose kit is probably more similar to Aatrox’s new kit than any other champion’s, He’s still more mobile than the game’s other juggernauts such as Garen and Darius. He’s also packed full of crowd control, more so than the other juggernauts, and his damage appears to be much more reliable.

There doesn’t appear to be much of a downside to playing him over the other juggernauts, apart from maybe being a little squishier.

We apologize in advance to any ADC mains that cringe at the site of these abilities.

“Aatrox’s next basic attack has increased range and deals a percentage of the target’s maximum health as damage. This attack also significantly reduces all healing and shielding on the target for a few seconds.

“Deathbringer Stance’s cooldown is slightly reduced whenever Aatrox casts a spell or when he lands the edge of The Darkin Blade on a champion.”

“Aatrox swings his greatsword up to three times. Each cast increases in damage, impacts a unique area of effect, and can hit with the edge of the blade (a second, smaller hitbox).

“Edge of the blade: Hitting enemies at the far end of the first two casts and the center of the third briefly knocks them up and deals significantly more damage.”

“Aatrox smashes the ground, damaging the first enemy hit and briefly slowing them. If it’s a champion or large monster, they are chained to the impact area.

“If the chained enemy is still in the impact area after a few seconds, they are dragged to the center and take damage again.”

“Passive: Aatrox heals for a portion of the damage he deals.

“Active: Aatrox dashes, increasing his attack damage for a few seconds. Umbral Dash can store up to 2 charges and can be used simultaneously with The Darkin Blade.”

“Aatrox unleashes his full might, becoming monstrous in size and taking flight on massive wings. As he transforms, Aatrox fears nearby minions and briefly increases his movement speed (this bonus is reactivated when out of combat).

“While transformed, Aatrox increases his overall damage and gains a Blood Well that stores health over World Ender’s duration, reviving him if he takes lethal damage while in his true form.”