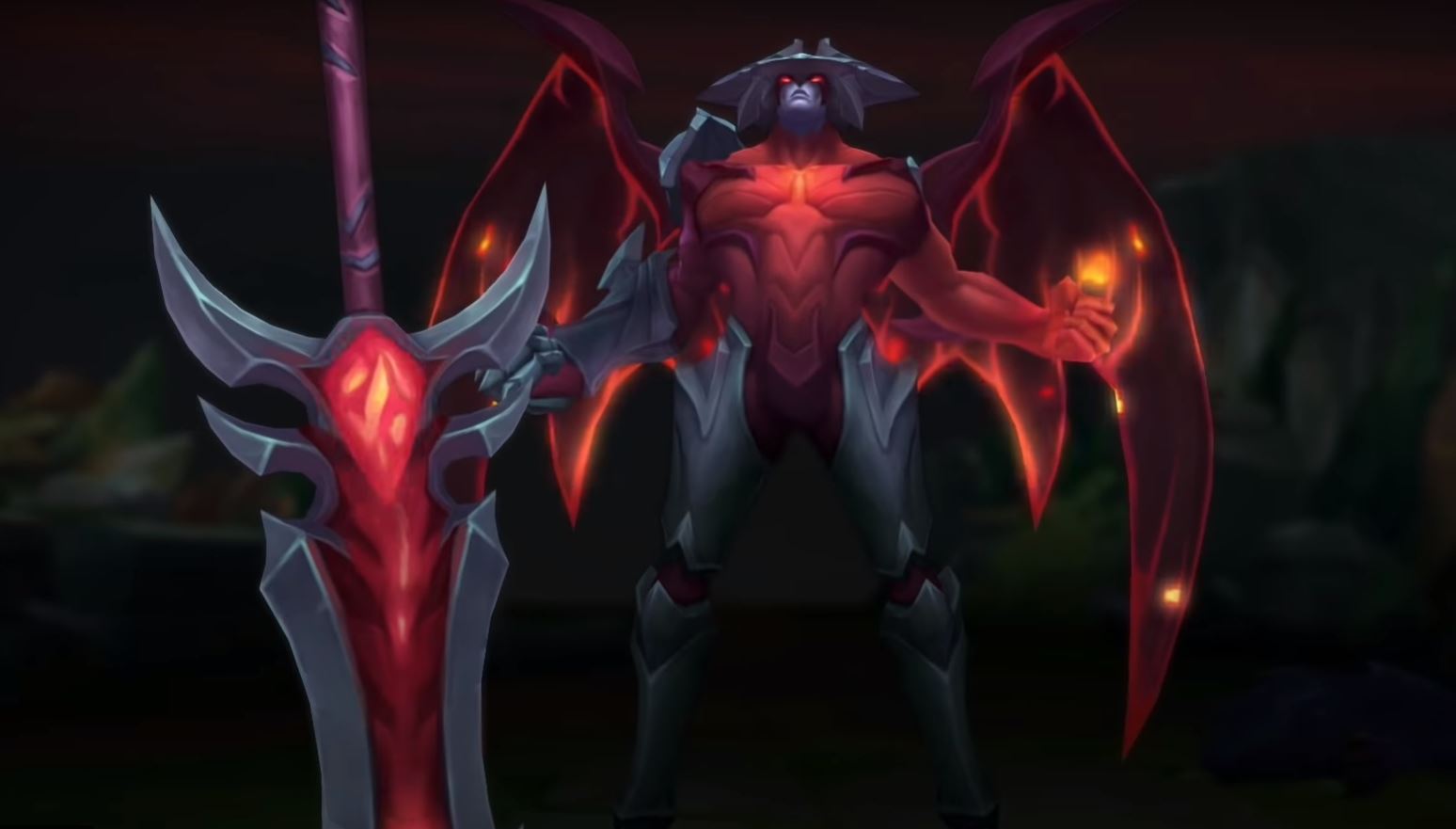 Aatrox’s major update trailer was published today by Riot, and we think he could be a new contender for League of Legends’ “Most Badass Champion Ever” award.

His attacks look heavier and more punishing, his new voiceover actually reflects his insatiable bloodlust. He looks incredible, and Riot did it all without sacrificing his old design completely.

Old Aatrox fans should be happy, and those that didn’t like him before will probably like him now, because this is exactly what he needed. If you want to play a champion that allows you to almost feel each and every heavyweight hit with a massive weapon, this is your guy.

Parts of his kit are extremely reminiscent of his old abilities, including the leap into the air followed by a knock-up, as well as the AoE slows and crowd control. This time, though, they look so much cooler.

His leap-knockup is no longer simply flying into the air and slamming down. Instead, he now tosses his massive sword up through the air, catches it by the hilt on the backside of a flip, and then hits. His AoE crowd control is more like Camille’s Tactical Sweep than his old Blades of Torment, but it certainly looks more satisfying to use.

Aatrox’s trailer today and teaser reveal yesterday point toward a release in Patch 8.13, if he follows Riot’s usual schedule for major updates and new champions. That means we could get our hands on this in as little as two weeks, which is pretty exciting.