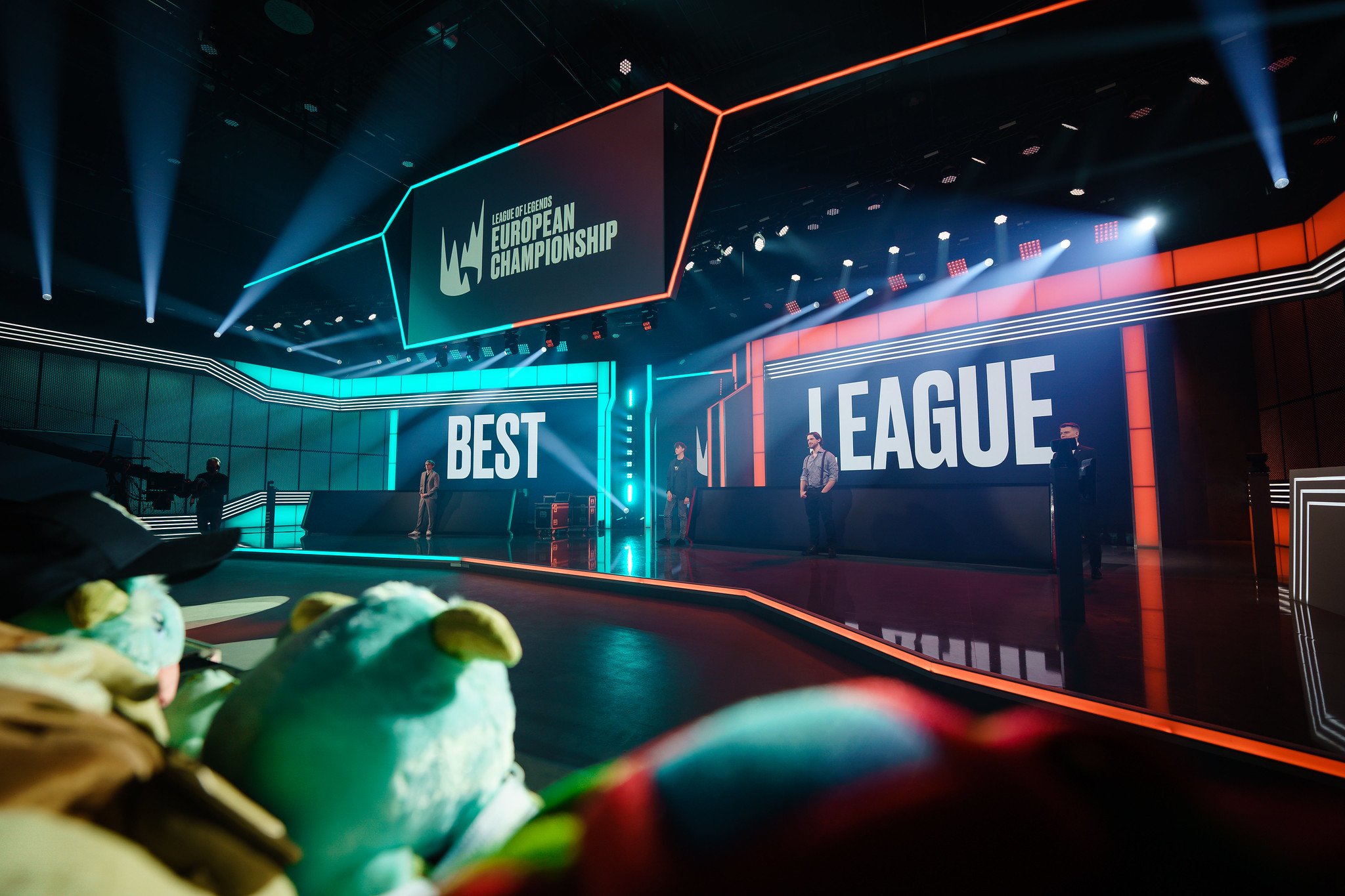 The lead-up to the LEC playoffs has been nothing short of chaotic.

The 2021 Spring Split has seen some of the region’s closest competition to date and it wasn’t until the final day of the Spring Split that Europe’s playoff competitors were locked in. A region famous for its rookies, Europe’s young talent definitely didn’t disappoint this year. Over the next few weeks, five rookies make their playoff debuts.

This year, we’ve seen the rise of a new challenger in Rogue and the slump of perennial finals attendees Fnatic. G2 remain the kings of the castle, MAD Lions and SK Gaming will return to the playoffs after highly variable levels of performance throughout the split, and Schalke 04 will trail in after pulling off yet another miracle run to make their second-consecutive playoff appearance.

To try and decipher the enigmatic mess that is European League of Legends, we brought in our EU experts here at Dot Esports to attempt to make some sense of the madness that was the 2021 LEC Spring Split—with some spicy projections for the playoffs thrown in.

Which team is in the best position to deny G2’s fifth-consecutive title?

Meg: This is a difficult question to answer because there are two possible ways of going about it. On one hand, you have Rogue, whose resilience and ability to withstand early-game pressure means that they can often get past a lot of early shenanigans by securing dragons and waiting for mid-game teamfights. They’re in a good position to survive against G2 early and attack them late. But unfortunately, their 0-2 record against G2 is fairly conclusive evidence that they’re not going to be the ones to topple the giants.

Now, my legitimately controversial and wildly variable pick for this would be Fnatic or MAD Lions. I can already hear the cries of protest, but hear me out. Both teams’ games have been incredibly messy this split, but in the few moments they’ve been able to slap together some cohesion, they’ve pulled off some of the most unpredictable, dominant victories in the LEC. It seems like the only way to beat G2 is to surprise them. I’m not saying either of these rosters can 100 percent do that, but if any team was capable of pulling off that level of surprise, it’d be one of these two. With that being said, do I think a Fnatic vs. G2 or MAD Lions vs. G2 final is even on the cards? Probably not.

Jerome: Rogue are the obvious answer, but in reality, they don’t stand a chance. The team has yet to beat G2 since joining the European league in 2019, losing 10 best-of-ones and a best-of-five. If anyone’s going to beat G2, they have to be willing to take risks—unorthodox champion picks, level-one skirmishes, anything to throw them off guard. In a similar fashion to last year’s spring playoffs, I could see a team like MAD Lions or potentially even SK somehow denying G2 of the title.

Cristian: While I believe that Rogue are currently the second strongest team in the LEC and capable of winning the title, their previous results against G2 speak to the contrary. Even with an improved top laner, they have a one-dimensional playstyle that G2 knows how to exploit. I believe that MAD Lions, who were able to pull off a huge upset against G2 last year, might be able to take them down this time. Armut and Elyoya will be the key players to watch in this matchup if they get to the finals.

Pablo: If we take into consideration the short-term history, MAD Lions should be one of the names that come to mind along with Rogue. MAD Lions were, at one point, the only team that took G2 down in a best-of-five. I truly think that they can use the same formula that they did back then. The trait of MAD last year was their great early games—and this year is no different. In fact, I think that Armut and Elyoya have improved this trait in this split.

If the MAD lads are able to snowball and suffocate their opponent, they can take them down. On the other side, Rogue is the first name that comes to mind. They’ve been the biggest challenge for G2 for a while now.

Three teams made the Spring Split playoffs with an even or losing record. What does this say about the LEC?

Meg: The LEC’s overall level has risen, that’s undeniable. But it has unfortunately resulted in there being one (maybe two) teams that are vastly better than the rest of the league in G2 and (maybe) Rogue. This means that the LEC is separated into three neat sections—the top two, the weird win/lose/win/lose soup in the middle, and then the bottom. While the top is ready to compete at international events, that “soup” still has yet to really prove its worth on the international stage. And the bottom is, quite frankly, a mess.

Jerome: It’s a positive—the LEC is more competitive than ever. Yes, G2 and Rogue stand firmly at the top, but even teams like Astralis and Vitality have had their moments throughout the split. Schalke, Fnatic, and SK, despite their records, are all formidable teams in their own right. It’s frankly only a matter of time before Europe finally overcomes China and South Korea and claims the Summoner’s Cup. It might not be this year, or even the next, but it’s coming.

Cristian: The level of the LEC has risen over the years with so much talent coming from the ERLs. Even the teams sitting at the bottom of the standings manage to pull off big upsets from time to time. By having so many teams near each other in terms of skill level, the level of the region elevates since players have to constantly improve to be able to keep up with their peers, unlike other regions.

Pablo: If something were to define the LEC, it’d be rookies and their performance. This year, some rookies proved to be great additions to the league, performing on top teams like Rogue or MAD Lions. It’s true that these three teams had bad results, but most of them have great individual talent that should work with some more months of competition. Zanzarah on Astralis, for example, brought a lot of fun and memes to the LEC.

Which two players are you most looking forward to seeing face off in the playoffs?

Meg: I think everyone’s going to say a Rogue vs. G2 player matchup, so I won’t break the mold. Weirdly enough, the top lane is the role I hate the most in solo queue but one of the roles I enjoy watching the most in professional play, and I think Odoamne vs. Wunder will be a fascinating clash of styles that will really put both players to the test. If Odoamne can survive some jungle attention from Jankos, that will free up the rest of Rogue to attack G2 in the mid lane and prioritize dragons. But if Odoamne can’t survive that pressure, then Rogue will have a very fed Wunder to deal with.

Jerome: It’s a boring answer, but I’m a sucker for the mid lane matchup. I’m looking forward to seeing Caps take on Larssen in a best-of-five. There’s a good chance the pair will face off against each other twice—once in the upper bracket semis and again in the finals. A humiliating 6-0 might not be the most entertaining result, but it will certainly give G2 a confidence boost going into the Mid-Season Invitational in May.

Cristian: While a lot of players are focused on various matchups between mid laners, which is one of the most impactful lanes in the game, I personally prefer to watch junglers face each other as well. Jankos vs. Inspired is going to be one of the best battles to watch with both players fighting for regional pride and at the top of their game. While they had some off moments during the split, I believe they’ll step it up and deliver an outstanding performance in the playoffs.

Pablo: I’m really looking forward to seeing a potential series between Fnatic and MAD Lions. Their two regular split games were both bangers and I’m particularly excited about Elyoya vs. Selfmade. These two junglers, apart from Inspired and Jankos, have been very good for their teams, even with Selfmade playing a bit worse than last year in my opinion. Elyoya is a rookie who’s had a major impact on his team, which reminds me of Selfmade back when he was on SK Gaming or during his first year on Fnatic.