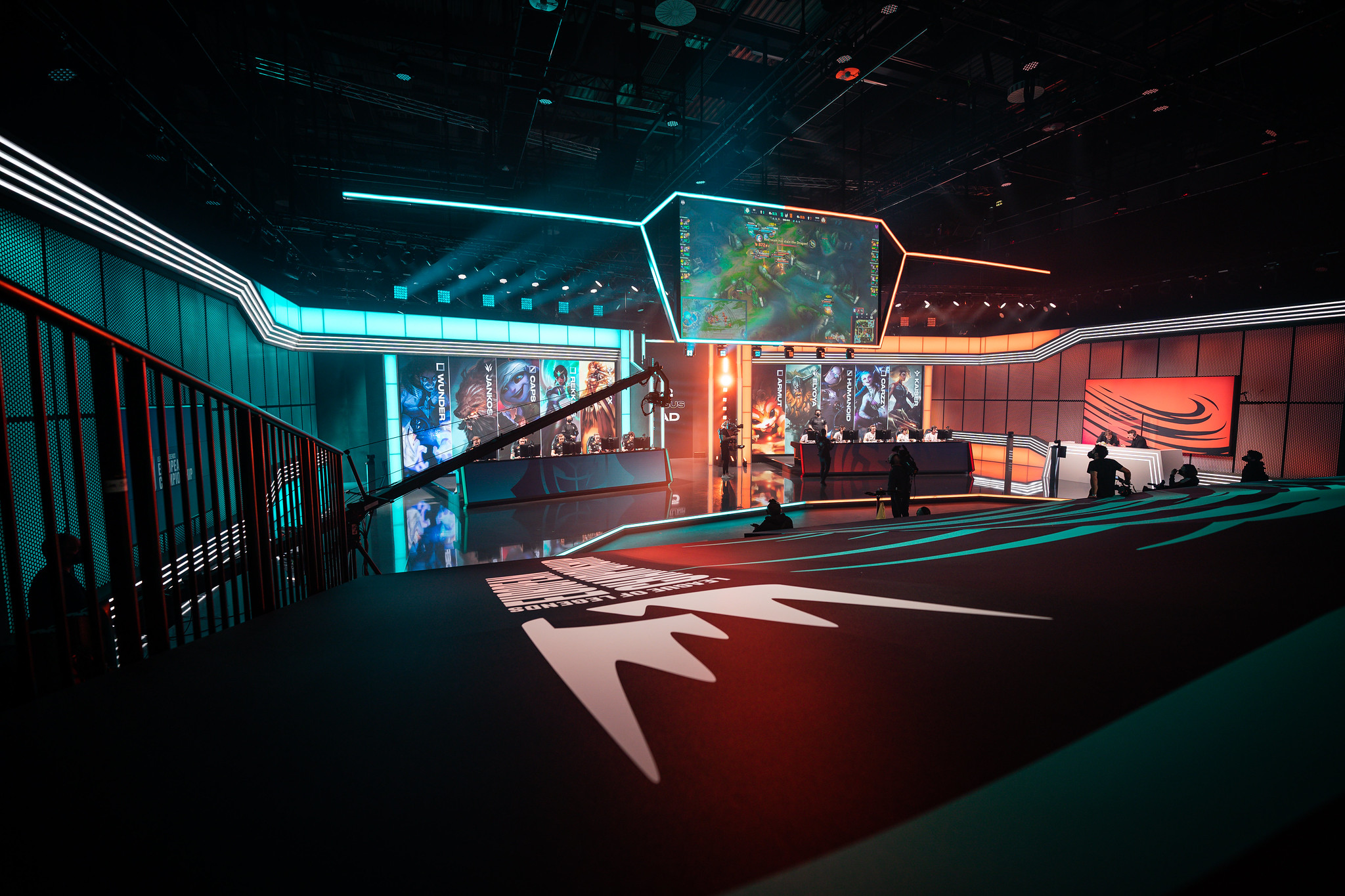 The 2021 LEC Spring Playoffs are drawing to a triumphant close.

We’ve had upsets, Silver Scrapes, and some of the best League of Legends Europe has to offer. This spring has been full of surprises, with Fnatic missing their first playoffs spot since 2019 and MAD Lions securing their first finals spot after handily taking down G2 Esports.

There’s an opportunity for the LEC to crown a new champion this weekend—the chance for a new name to join G2 Esports, Fnatic, and Alliance as the teams that have proven they were the best in Europe. To decipher the events of the playoffs, we spoke to our team of EU experts to break down the thrills and spills of the LEC and get their predictions for what promises to be an incredible finals weekend.

Who is the player to watch out for in Rogue and G2’s upcoming series?

Meg: Trymbi. He was one of the most promising rookies in the regular split, but fell apart in Rogue’s series against MAD. He looked better into Schalke, but it definitely feels like he’s suffering from some nerves in the playoffs environment. When operating at the limits of his potential, he’s a terrifying force on Rogue, but he needs to be 100 percent dialed in this weekend if Rogue’s bot lane wants to go toe to toe with Rekkles and Mikyx. Early kills will be crucial for their success, and I imagine we’ll see fairly consistent Alistar/Rell matchups throughout the series, in which I think Trymbi is much better suited to playing Rell.

Jerome:  Mikyx seriously needs to step up this weekend. He’s looked completely out of his comfort zone. Against MAD Lions, his positioning was especially poor. He was caught out numerous times and missed hook after hook. But he’s more than capable of finding another gear. If he continues to struggle though, it could be the deciding factor in the matchup. Watch out for Mikyx.

Cristian: While it’s quite hard to say since most players are evenly matched, the biggest outlier is in the mid lane with Caps leading in most stats such as average kills, average assists, GPM, KP percentage, DMG percentage, DPM, and VSPM. If Rogue fail to control him and let Caps do his thing, G2 should be able to win the series easily and get a rematch against MAD Lions.

Pablo: I’d go for Caps. In my opinion he didn’t have the best showing in the playoffs—at least not the showing we expected from one of the best players in the history of Europe. This series is do or die for G2, and he has the chance to prove against Larssen why he deserves his throne.

Which champion will be the biggest difference-maker in the G2-Rogue series?

Meg: I think Twisted Fate is going to be an incredibly important champion in this series. In the regular season, both Caps and Larssen went undefeated on this champion with three picks each—Larssen with a KDA of 14.3 and Caps with a KDA of 11.5. TF’s ability to even out an uneven fight with his roaming ability is pretty much unmatched by any other mid lane champion, hence why he’s been banned 13 times throughout the LEC playoffs. He’s the perfect champion for punishing overextensions in other lanes, particularly in the top lane, and the caliber of the laning matchups in this series means any opportunity to punish tiny mistakes could completely turn a game on its head.

Jerome: The jungle is crucial in this matchup. Over the course of the playoffs, Udyr and Hecarim have been two of the most contested champions, picked a combined 27 times. But Hecarim could be the difference-maker this weekend. Jankos and Inspired have relied on the champion to carry. If they can get their hands on Hecarim again, they’ll almost certainly make an impact

Cristian: Orianna is currently one of the most contested picks over in the LEC, rocking a 95.8-percent presence rate, banned 13 times, picked 10 with nine wins and a single loss. The champion offers game-changing potential with her ultimate, which can be easily landed when paired up with diver champions such as Rell, Hecarim, or Gnar, which are popular in the current meta as well.

Caps had two strong performances on the champion, one against MAD Lions and one against Schalke 04, so giving him this champion will most likely seal the fate of the Rogue squad, who haven’t picked Orianna a single time in the playoffs.

Pablo: I first thought of the mid lane pool, but both players have different champion preferences. I feel like Jankos and Inspired have a similar pool with high priority picks like Hecarim, Udyr or Lillia. Also, I feel like as a single champion, Gnar will be probably the most important during the series as we saw big plays from both top laners in the past with this champion.

Which team will be facing MAD Lions in the finals, G2 or Rogue? What scoreline and why?

Meg: Personally, I hope Rogue win this matchup. I think the LEC has needed a shake-up in the standings for far too long now, and I think it would be an incredible testament to the strength of Europe’s talent development to have two young organizations in the finals. But do I think Rogue can actually take down G2? Probably not. Call it narrative, call it historical bias, call it what you like. Ultimately, G2 have so often been able to pull off incredible performances when it matters most that I can never count them out. Rogue’s 2-0 record into them in the regular season also doesn’t help. I don’t think the series will be a 3-0, though. Rogue are too conservative as a team to allow themselves to be cleanly swept, so my prediction is for a 3-2 G2 victory. If Rogue win, however, I will be happy I was wrong.

Jerome: History favors G2. The team has proved time and time again they know how to bounce back when it counts. Sure, they had a moment of weakness against MAD Lions last weekend, but they still have a lot more to offer. A 3-0 stomp honestly wouldn’t surprise me. But a quick and clean 3-1 is my conservative prediction. G2 have the stronger players in almost every position, and their macro is unmatched. With Jankos stepping up as the leader of the team and Wunder knuckling down in solo queue, G2 will surely make it to the finals.

Cristian: With G2 players realizing their mistakes from the series with MAD Lions last week, they’ll most likely bounce back and take down Rogue with a quick 3-0 to advance to the finals for a rematch with the MAD Lions. We’re going to most likely see G2 default to their regular season playstyle by giving Rekkles an actual ADC, which will remove some weight from Caps’ shoulders by having more than one carry in the team. With this in mind, G2 should be able to capitalize on Rogue’s telegraphed and one-dimensional playstyle and take the series quickly and get another shot at obtaining another LEC title.

Pablo: My odds are on G2. They proved they can make it to the finals from the losers bracket a couple of times already, and Rogue have not been playing the best League recently. I personally expect a 3-0 from G2 today and a banger finals rematch against the MAD lads.