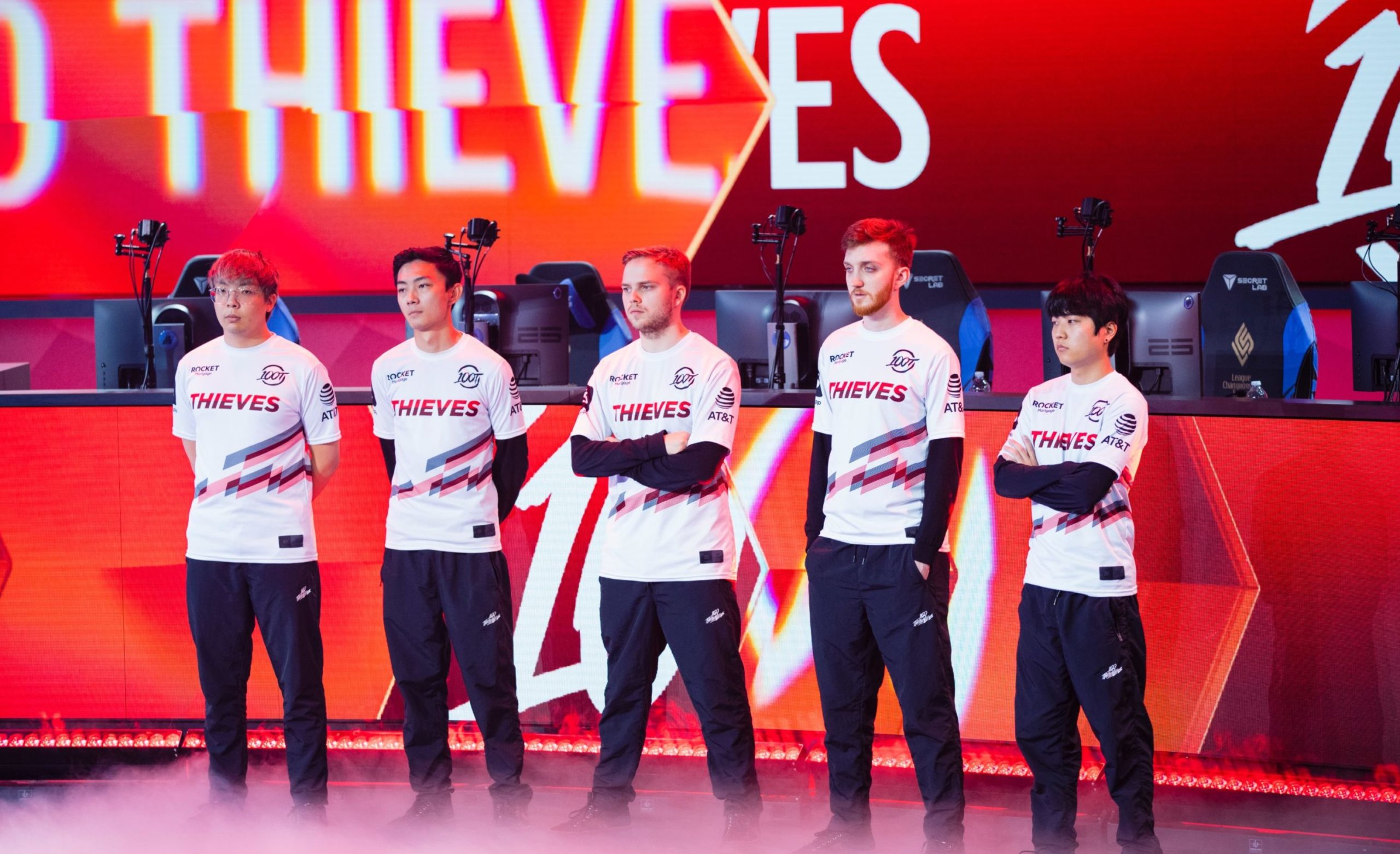 It’s time to hang a new banner in the LCS studio. 100 Thieves have made history, defeating Team Liquid in a best-of-five series by a score of three games to zero to claim the 2021 LCS Championship title. 100 Thieves’ victory today marked the first time in the eight-year history of the LCS that a team outside of the league’s “big four”— Cloud9, TSM, Team Liquid, and CLG—have won a championship.

100 Thieves first entered the LCS as an expansion team in 2018, when the league introduced franchising. In the organization’s first competitive League of Legends split, the team reached the LCS Grand Finals but ultimately lost a one-sided series to Team Liquid—who claimed their first-ever LCS title that day. Three years later, the tables poetically turned, and 100 Thieves were able to break the North American mold for the first time since that point in time.

Team Liquid came into today’s best-of-five series on an absolute tear. Despite being the fifth seed in the LCS playoff bracket, the team won every previous match in the postseason ahead of today’s Grand Final.

Team Liquid had won three straight matches in the upper bracket of the postseason while claiming victory in nine of the 13 individual games they played during the playoffs. The last time Team Liquid had met 100 Thieves in the bracket, Liquid squeaked out a 3-2 victory, but today, 100 Thieves would not be denied.

As a result of 100 Thieves’ victory, the team secured a Pool One berth at the 2021 League of Legends World Championship. With that in mind, they’ll advance straight to the Group Stage of the tournament, dodging other regional champions such as MAD Lions and DWG KIA in the process. 100 Thieves have not been to Worlds since 2018, where the team was eliminated in the Group Stage of the tournament.

Team Liquid, on the other hand, will still head to the Worlds Group Stage, albeit as a Pool Two team alongside other international squads such as Gen.G, Fnatic, and PSG Talon. Last year, Liquid had to play through the Worlds Play-in Stage at the tournament before coming within inches of a Quarterfinal berth.

Riot has not announced a start date for this year’s World Championship as of yet. The tournament was moved from China to Europe last week due to complications surrounding the Delta variant of COVID-19.