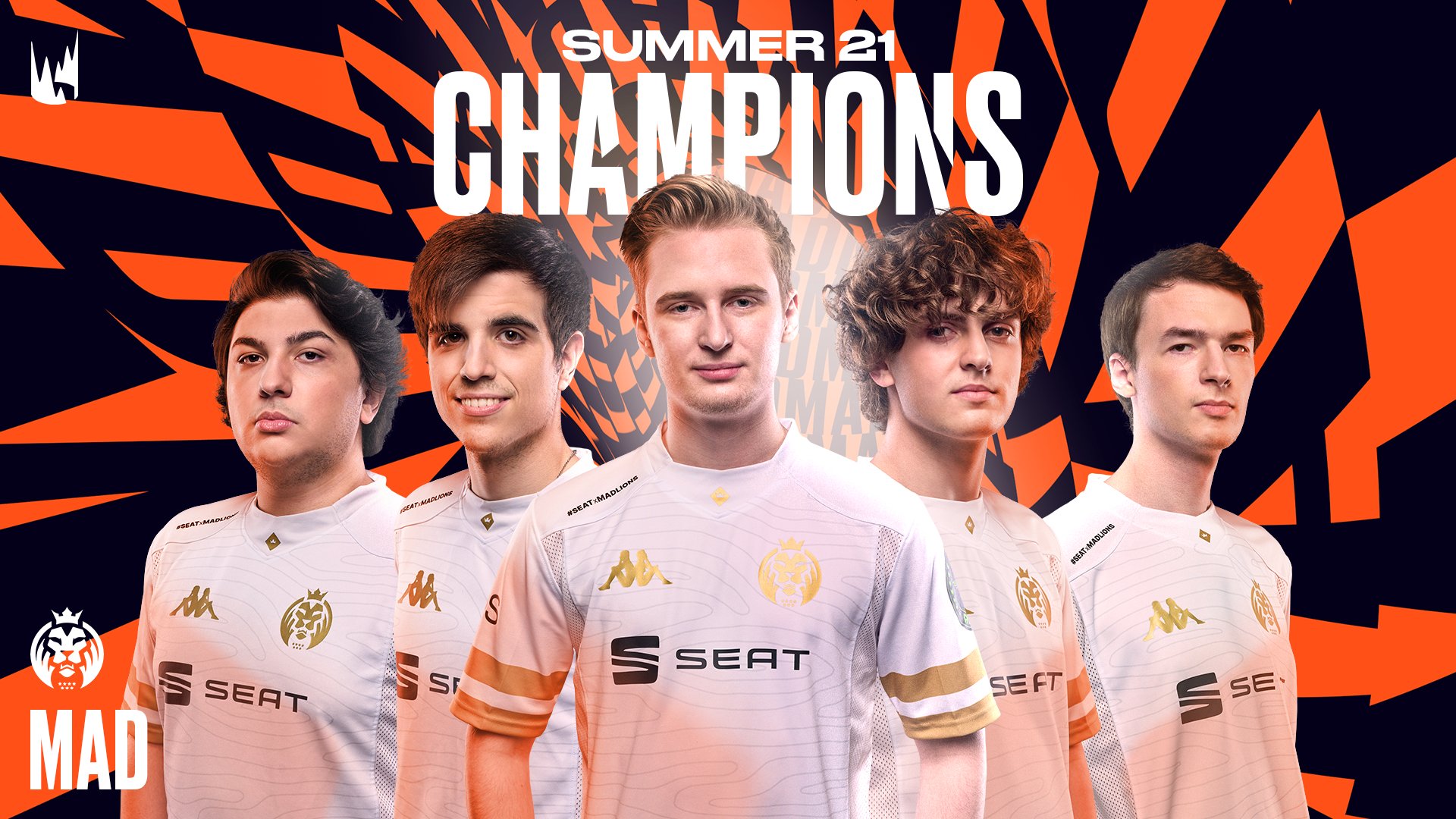 It’s a MAD Lions world, and the rest of Europe is living in it.

After four closely contested games in the 2021 LEC Summer Finals, the MAD Lions rose above the rest of the competition to become the back-to-back champions of the league. This group of young guns has ushered in a new era in the region after dethroning G2 Esports from their perch atop the world and denying Fnatic the chance to finally reach the top of the mountain.

This team has yet to lose a domestic best-of-five this year and only fell in a series setting against the defending World Champions DAMWON-KIA. Their growth as a squad has been one of the most inspiring stories of 2021 so far, having gone from getting eliminated from Worlds in the play-ins in 2020 to winning two LEC championships in a row.

MAD Lions and Fnatic kept a fast and furious pace throughout this series, refusing to slow down for even a moment. However, it ended up being the top side triumvirate of Armut, Elyoya, and Humanoid that would make the difference with their constant cross-map plays. Overall, however, the entire team stepped up to capture the win against a Fnatic squad that was desperate for success after multiple disappointing seasons.

Fnatic had many moments of greatness as well, showing off their classic hyper-aggressive style that has helped them get to this point in the split. Unfortunately for them, this aggression also led to their downfall because they often found themselves overextending for plays that ended up with the boys in orange in a deficit. It all came down to who could find the cleaner skirmishes—MAD Lions have always been experts at teamfighting, and they exercised their will whenever the two teams clashed in a five vs. five engagement.

Although this isn’t the ending Fnatic fans wanted, they can still be proud of this roster. A roleswapped jungler and a rookie top laner couldn’t stop this legacy organization from finally reaching the Finals again. Even though they lost, this should provide them with even more hunger heading into Worlds 2021.

MAD Lions, on the other hand, have now solidified their place as Europe’s number one seed heading into Worlds. Last year, they came into the tournament with a ton of inexperienced rookies stumbling among some of the veterans of the global League scene. Now, they are arriving as a grizzled group of fiery stars ready to represent the LEC on the grandest stage of the year.