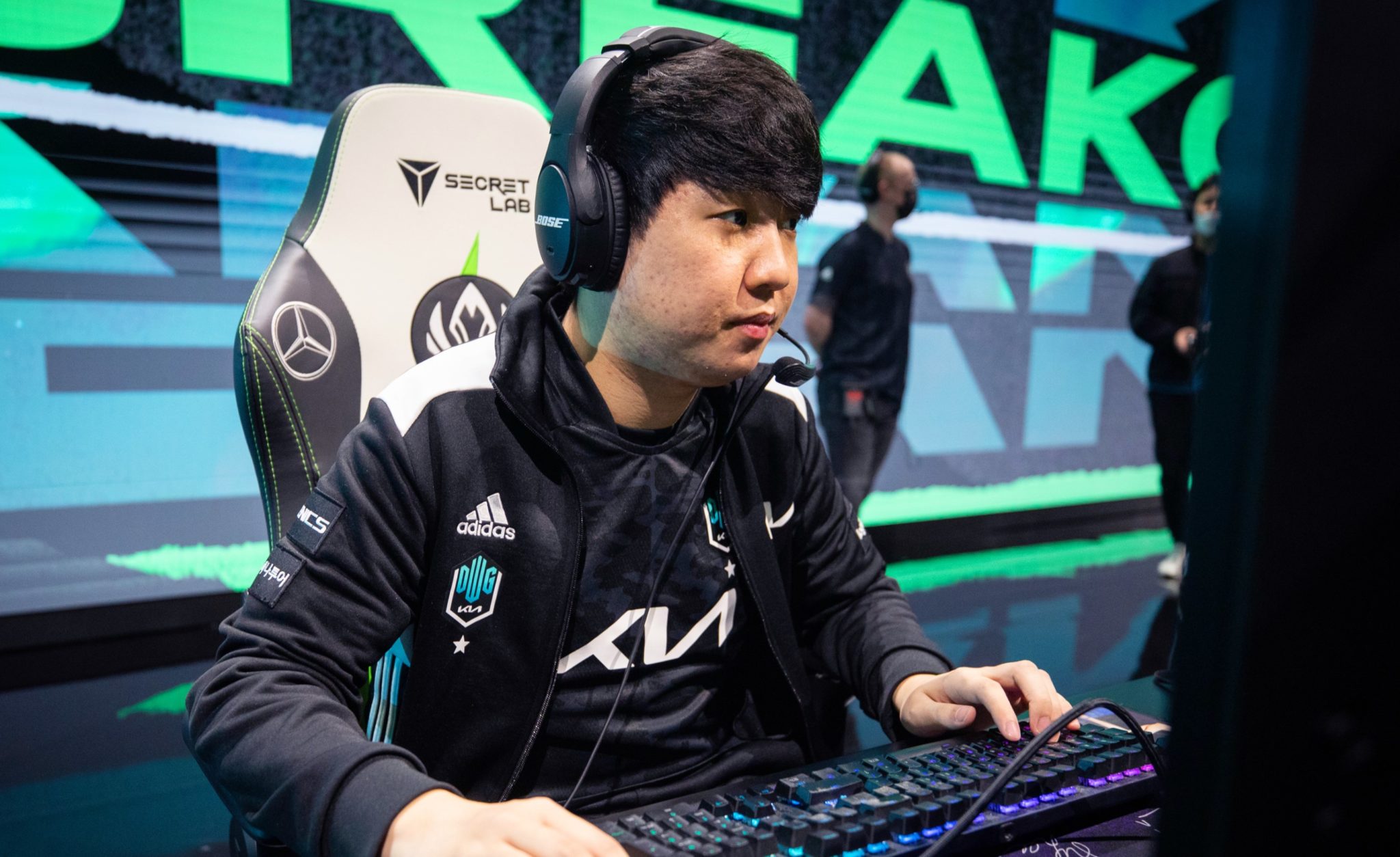 DAMWON Gaming took home the 2021 LCK Summer Finals in a 3-1 victory against T1 today. The result marks the team’s third consecutive LCK championship win, after last year’s LCK Summer playoffs and the 2021 Spring finals—with the 2020 League of Legends World Championship between the two.

Only one other organization had won three LCK titles in a row. T1 themselves did it twice when they won Spring and Summer of 2016 and Spring 2017, as well as Spring and Summer of 2019 (as SKT) and Spring 2020. DWG KIA head coach Kim “kkOma” Jeong-gyun, famously the former head coach of SKT during its dynastic run in the mid-2010s, also clinched his 10th LCK title, beating T1 mid laner Faker to that milestone.

DWG KIA took the first victory after a 40-minute match that either team had a chance at winning throughout. Ultimately, in what would become a theme throughout the series, T1 top laner Canna got repeatedly ganked, allowing Khan and Canyon advantages in nearly any fight they took. Canna and rookie jungler Oner muscled their way back into the game, but the scaling of Khan’s Camille and eventual series MVP ShowMaker’s Ryze was too much for T1 despite their calculated teamfighting.

Game two also went DWG KIA’s way after 35 minutes and an 11,000-gold difference. It was a similar script to game one: Khan’s Camille got ahead on Canna’s Gwen because of repeated ganks from Canyon, but the superstar jungler was on Olaf this time. It was another close contest before a second Baron at the 28th minute pushed the game over the edge. Khan and Canyon went a combined 17/3/16 and 18/5/19, respectively, over the course of the two games.

In game three, T1 subbed in ADC Lee “Gumayusi” Min-hyeong, who was dropped from the team’s starting lineup for Park “Teddy” Jin-seong at the start of playoffs. T1 smashed DWG KIA in 21 minutes. Again, the focus was on the top lane. Canna went 4/2/9 on Kennen while Khan suffered a brutal 0/6/2 performance on Renekton.

Game four was heading towards another dominant victory for T1, but overextension and sloppy play fell right into DWG KIA’s hands, and they walked away as the deserving champions of the league.

Both teams could face off again during the League of Legends World Championship later this year. Despite losing today’s matchup, T1 secured their ticket to Worlds after taking down Gen.G last week. This victory for DWG KIA, however, locked in Korea’s first seed for them and awarded the second seed to Gen.G on Championship points.

At the minimum, T1 are going to the Play-In Stage, but can move up to join DWG KIA and Gen.G if they win their Regional Qualifier final on Thursday at 3am CT over either Hanwha Life Esports, Liiv SANDBOX, or Nongshim RedForce. The loser of that final will have to qualify for the Worlds Group Stage via Play-Ins as the LCK’s fourth seed.