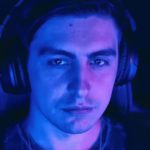 Shroud is one of the most well-known streamers in the world.

The former pro became a full-time streamer in 2017 and didn’t lose any of his top-level skills. Following his official retirement announcement in 2018, shroud got into battle royale games like PUBG, Apex Legends, Escape from Tarkov, and Call of Duty: Warzone. He transitioned his FPS skills to the battle royale genre and quickly became a top player in just about any game he played.

Though he was already a popular personality among CS:GO fans during his prime, he attained a broader audience on his way to becoming one of the top streamers on Twitch. In the last quarter of 2019, he switched over to Mixer with his fans alongside him.

Do you want to be as good as shroud? Well, talent and work are by far the most important things to get you to that level. Sadly, we can’t help you there. But there’s one thing you can emulate: His equipment setup.

Here are the key parts of shroud’s gaming and streaming setup. 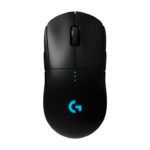 A couple of years ago, wireless mouses were never the choice of gamers. Their response speed was higher than wired ones and there was always a risk of running out of battery in a key moment.

Shroud uses the Logitech G Pro Wireless, which is considered one of the best wireless gaming mouses out there. Wireless mouses have come a long way and the response time of the Logitech G Pro is on the same level as a top-tier cabled mouse. It also features Logitech’s most accurate sensor to date.

If you have countless cables laying around, going with a wireless mouse may be a wise choice. 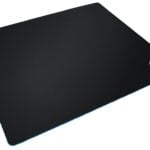 A decent mouse should go with a suitable mouse pad. They allow your mouse to glide on a better surface while reducing wear down and allowing them to be more precise.

Shroud uses Logitech’s G640 Gaming mouse pad. Sizing at 0.12 by 18.11 by 15.75 inches / 3 x 460 x 400 millimeters, the G640 is only slightly smaller than the XXL mouse pads in the market. Since shroud prefers lower DPI levels, a mouse pad of this size allows shroud to have more gliding room for his mouse. 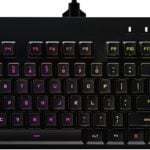 Mechanical keyboards are essential for every serious gamer out there. Their low response time allows you to react faster and lets you stay on top of your game.

Shroud uses Logitech’s G Pro X mechanical keyboard. It features a tenkeyless design, which allows shroud to gain more desk space. This extra movement area is especially helpful for taking advantage of his mouse and getting away with lower sensitivity volumes. Buyers of the keyboard can choose from three different switches being GX Red Linears, GX Blue Clickies, and GX Brown Tactiles. No matter what you pick, you can change the switches at a later date since they’re quite easy to remove.

Though we don’t know what type of switches shroud chose to go with on his keyboard, the chances of it being the GX Red Linears is highly likely. GX Red switches are known for their gaming performance and their actuation points, making them the most sensitive switches overall. 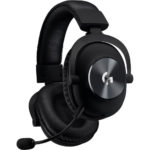 A good headset is a must. Being able to hear clearly lets you pinpoint the position of your enemies and keeps you one step ahead of them.

You can also use the EQ profiles of professional players from different games on the headset’s software and fine-tune them to your liking. 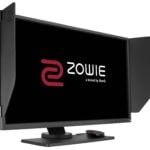 In highly-competitive games, a millisecond can make a huge difference. Monitors with high refresh rates basically refresh your screen more often and, in some circumstances, may allow you to react faster.

Shroud uses a BenQ Zowie XL2540 Gaming Monitor, a 240 Hz monitor with a one-millisecond grey-to-grey (G2G) response time. This monitor enables shroud to use his insane reaction speeds without limiting him while also granting him a nice field of view with its size and resolution. XL2540 also features two side shields that any sunlight disturbance that may hit your screen from a side window.

Remember that buying a high refresh rate monitor doesn’t mean anything if you don’t have the specs to achieve the same amount of frame rates as your monitor.

If you aim for the highest graphics settings or the maximum amount of frame rates possible, you’ll need the best hardware possible.

Shroud uses an RTX 2080 TI graphics card to ensure he gets more than 240 FPS in any game he plays (and to also put his monitor’s refresh rate to use). With high FPS and a high refresh rate, shroud is able to react faster than his opponents.

Though you may not have a monitor to use your high frame rates, buying a top-of-the-line graphics card can still be a future-proof choice.

When it comes to assuring high performance, processors are just as important as graphics cards.

Shroud uses Intel’s ninth-generation i9-9980 XE. A CPU like this could almost be considered overkill for an average gamer since most games don’t push CPUs to their limits. Shroud does more than just gaming on his computer at the same time, though. He streams, plays music, and has thousands of browser tabs open all while playing resource-heavy games. So he’s able to use his processor to its full potential.

Before buying a top-of-the-line processor, you should evaluate how you’d be putting it to work. Even then, getting the best option out there will be quite a future-proof choice and you’ll be set for a long time. 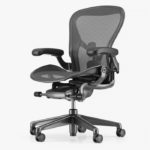 An excellent gaming setup requires the perfect throne. Without an ergonomic chair, more extended periods of gaming can start harming your body and cause more severe illnesses in the long run.

Shroud uses Herman Miller’s Aeron office chair. The company was founded in 1923 and has been pumping out quality/ergonomic chairs ever since. They’ve recently stepped into the world of gaming via a collaboration with Logitech, so gaming fans may start hearing more from them in the near future.

While the price tags of Herman Miller chairs can look scary, they also happen to be the most durable chairs in the market, some even lasting for more than 15 years. 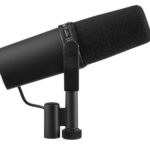 Most gaming headsets nowadays come with high-quality microphones. While they make owning an external microphone unnecessary, no one can deny how much better streamers sound with their studio-grade microphones.

Shroud uses a Shure SM7B, a dynamic-style cardioid microphone. It allows viewers to truly experience shroud’s crisp voice and comes with a detachable windscreen that helps reduce the overall distortion for popping sounds. 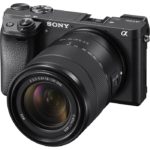 If you’re a casual gamer or a streamer, a top-notch webcam can feel like overkill. While that may be true, a webcam significantly boosts a stream’s quality and increases interaction levels with the viewers.

Shroud uses Sony’s A6000 Digital Camera, which features a 24-megapixel sensor and a 1080p recording quality. Using a digital camera for a webcam allows shroud to have more freedom over his content. He can snap off the camera from his setup and go outside to shoot IRL content.

Any gamers that enjoy taking photos outside or have some IRL content ideas can definitely take advantage of a digital camera. 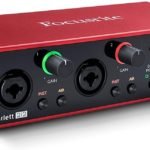 Mixers are one of the most common streaming equipment that most streamers skip out on. A decent mixer can help you manage your audio levels much easier while allowing you to control multiple audio inputs at the same time. Some mixers can also increase your sound quality through audio controlling elements.

Shroud uses Focusrite’s Scarlett 2i2. This mixer features two natural-sounding microphone preamps and two instrument inputs as well, leaving shroud to learn how to play an instrument in the future. The mixer’s conversion and sample rates go up to 192 kHz and 24-bit.

Having a high-quality mixer like this increases the shroud’s stream quality by a good chunk, but it should be the last piece of streaming equipment you should if you’re just starting to stream.