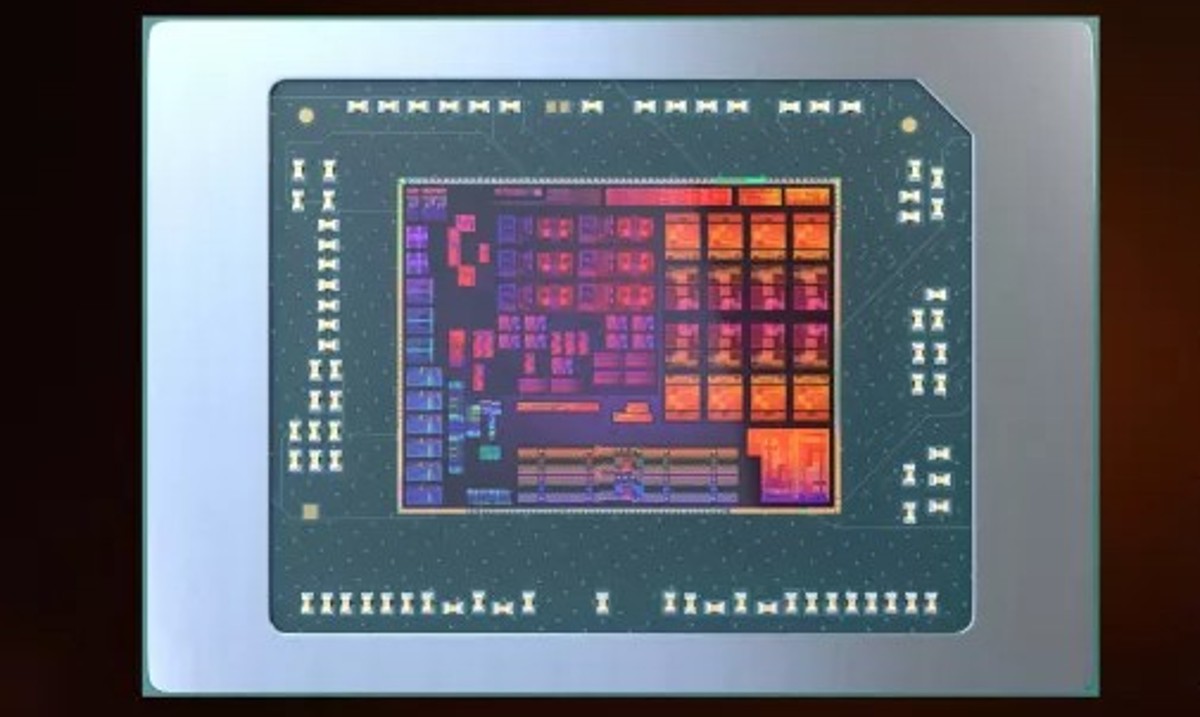 AMD recently delivered its much-anticipated keynote event at CES 2022 and announced the new Ryzen 6000 mobile processor. It’s the first AMD mobile processor to use the new Zen3+ architecture and RDNA 2 graphics and is expected to deliver a vast performance and efficiency improvement over the outgoing 5000 CPU.

Reaching up to 5.0 GHz, the Ryzen 6000 is AMD’s fastest Ryzen processor. It’s 1.3 times faster than the old 5000 series. The integrated RDNA 2 graphics architecture supports ray-tracing and is expected to double the performance of the last-gen processor.

Gamers and content creators will also feel the benefits of the Ryzen 6000 because it doubles the performance of the 5000 series in certain areas.

AMD’s RDNA 2 graphics architecture is found in the current PlayStation 5 and Xbox Series X consoles and is one of the main features of the new Ryzen 6000 CPUs. This architecture makes the Ryzen 6000 the first APU to offer ray-tracing and it has a profound effect on gaming performance.

When benchmarking the Ryzen 6800U against the previous-gen 5800U, AMD recorded almost double the performance for games like Overwatch and CS:GO at 1080p resolution. While it might not be surprising considering the age of those games, the 6800U also managed a similar feat with newer titles like Cyberpunk 2077 and Battlefield V (on low settings).

Buyers can expect better performance on more demanding games thanks to AMD’s Fidelity FX Super Resolution (FSR) software. The software upscales the graphics in real-time and boosts frame rates in certain games. FarCry 6 reached 59 FPS and Call of Duty: Vanguard hit 114 FPS at 1080p when AMD tested them on the 6800U with FSR on.

Battery life is the bane of laptop users, especially if they’re gaming or streaming on the go. The Ryzen 6000’s new technology and 6nm design address this issue and deliver up to 40 percent less power consumption during video streaming, 30 percent less power for video conferencing, and around 15 percent less for web browsing. AMD also claims that it can reach up to 24 hours of battery life when the power management features are activated, but it still has to be verified independently like the other stats.

The Microsoft Pluton security processor will make its notebook debut on the Ryzen 6000 platform. Pluton is a new built-in security feature that protects user identities, encryption keys, and other personal information from falling into the wrong hands. It’s hardware-based and the chip will integrate with new AMD, Intel, and Qualcomm CPUs running Microsoft operating systems.

Ryzen 6000 CPUs are expected to ship in February 2022 and will be available from most reputable hardware vendors. Some laptops with these new CPUs include the ROG Zephyrus G14, the Razer Blade 14, and the Lenovo Legion 5 Pro.