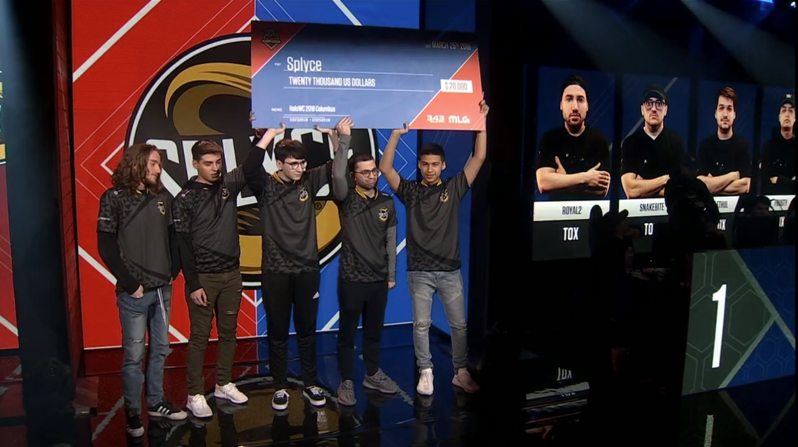 Anybody who doubted this lineup after their first championship earlier this year was silenced as Splyce beat the former OpTic Gaming Halo team in the grand finals.

Playing under their new name, TOX, Bradley “Frosty” Bergstrom, Tony “LethuL” Campbell Jr., Paul “SnakeBite” Duarte, and Mathew “Royal2” Fiorante sent Splyce down to the losers bracket on Saturday. Splyce beat this legendary Halo lineup in the grand finals of MLG Orlando 2018 in February, so many fans thought TOX could end the weekend back on top after this impressive victory.

But Splyce—Jonathan “Renegade” Willette, Anthony “Shotzzy” Cuevas-Castro, Kevin “Eco” Smith, and Braedon “StelluR” Boettcher—went on a losers bracket run to reunite with TOX in the grand finals. To win this event, however, Splyce needed to beat TOX in two series—and that’s exactly what they did.

Splyce convincingly took the first series 4-0 to set up a final best-of-seven for the title. After splitting the first two maps of the second series, Splyce won three in a row to secure the 4-1 win. The crowning moment came from an incredible cross-map snipe by Eco, which sealed the deal for Splyce.

This marks Splyce’s second consecutive Halo championship in 2018—and the second straight time they beat the former OpTic lineup to win it all. Splyce will leave Columbus with the first-place prize of $20,000, while TOX will take home $10,000 after coming in second.

Splyce should have all of the momentum heading into the biggest Halo tournament of the year, the 2018 Halo World Championship, which kicks off on April 13.