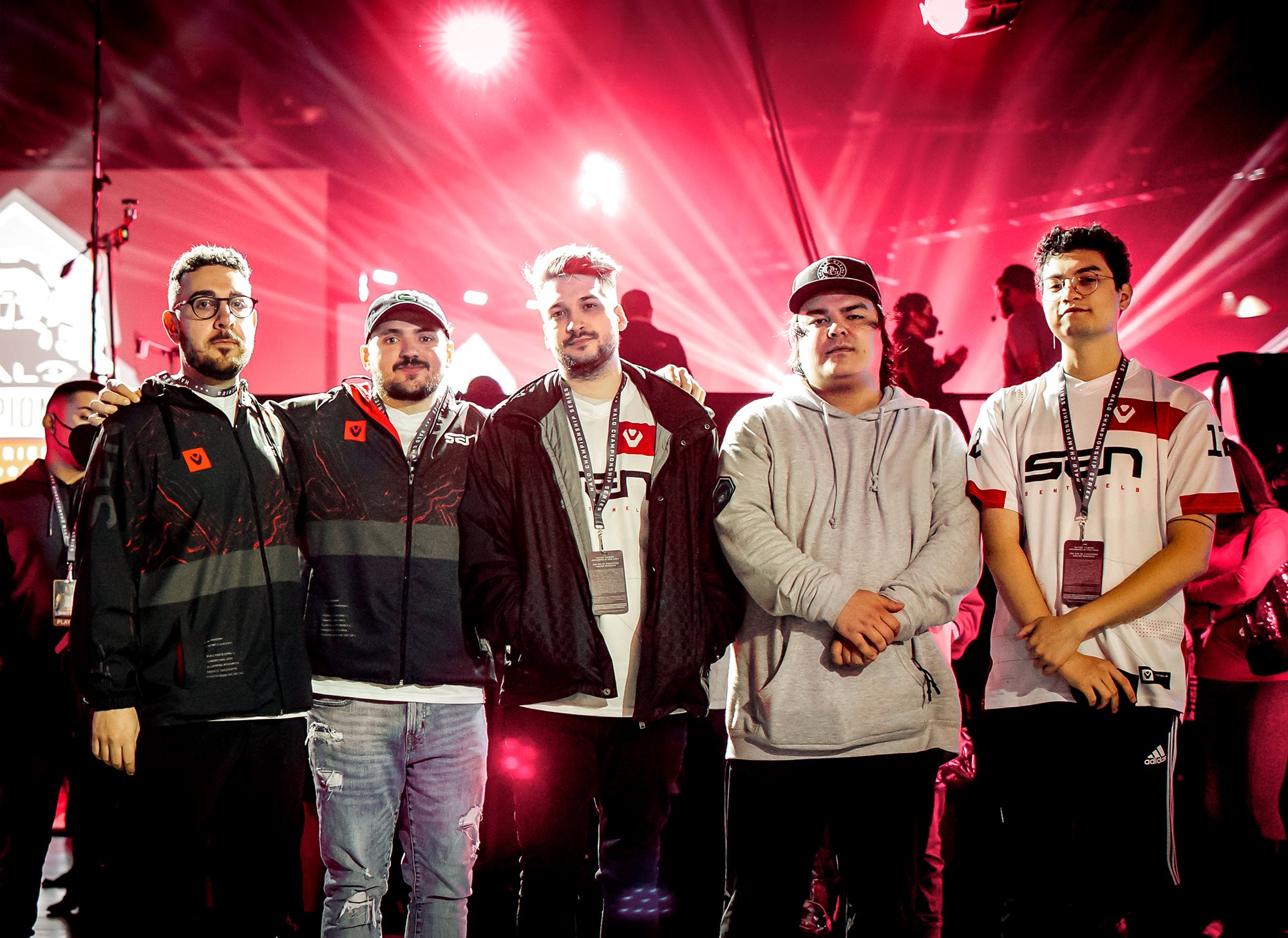 Sentinels avenged their upper bracket loss against OpTic in the lower bracket quarterfinals of the Halo Championship Series (HCS) Kickoff Major in Raleigh today, holding off their rivals’ second straight furious comeback attempt to take the series in five games.

The rematch kicked off with Strongholds on Streets, and it looked like OpTic would run away with it after some early triple caps and team wipes. But Sentinels woke up when they needed to, with a +100 point swing and a few triple caps of their own to take a big lead. Sentinels took a 1-0 series lead with a 250-139 comeback.

Sentinels built on that comeback with an excellent Slayer performance on Recharge, with the broadcast highlighting the roster’s stellar communication during their 50-43 map two victory. Frosty was absolutely deadly with 24 kills, just 12 deaths, and a handful of slice-and-dice frags with the energy sword.

OpTic found themselves down 0-2 for the second straight series before moving to CTF on Bazaar, which turned into a defensive frag-oriented standoff between the two teams. The stalemate broke with an aPG-led flag take, with Lucid providing plenty of frag support. OpTic established map control and dug in for the rest of Bazaar, punishing Sentinels’ desperate aggression and taking the CTF match 2-0 to stay alive in the series.

The series turned to an OpTic favorite: Oddball on Live Fire. They showed why in a dominant round one, establishing firm map control to generate long scoring bursts aided by lethal Sniper work from Lucid. Sentinels started round two strong, but they fell victim to a massive rally from OpTic ending with yet another hectic clutch, sending the series to a fifth map.

On the edge of what would have been a historic collapse, Sentinels finally collected themselves in Slayer on Streets, with FormaL showing off his own championship pedigree with a stellar performance. They got out to an early double-digit lead and never let up, cruising to a 50-39 win to avoid the reverse sweep with an astounding 21 kills against only nine deaths coming from FormaL.

With the loss, OpTic will miss out on the grand finals of a major Halo event for the first time since the NA qualifier for the 2016 World Championship. Sentinels move on to the lower bracket semifinal against either FaZe for Pioneers. For the Sentinels core, their illustrious Halo careers playing under CLG, OpTic, and TOX indicate that anything other than a grand finals appearance in Raleigh would likely be considered a disappointment.