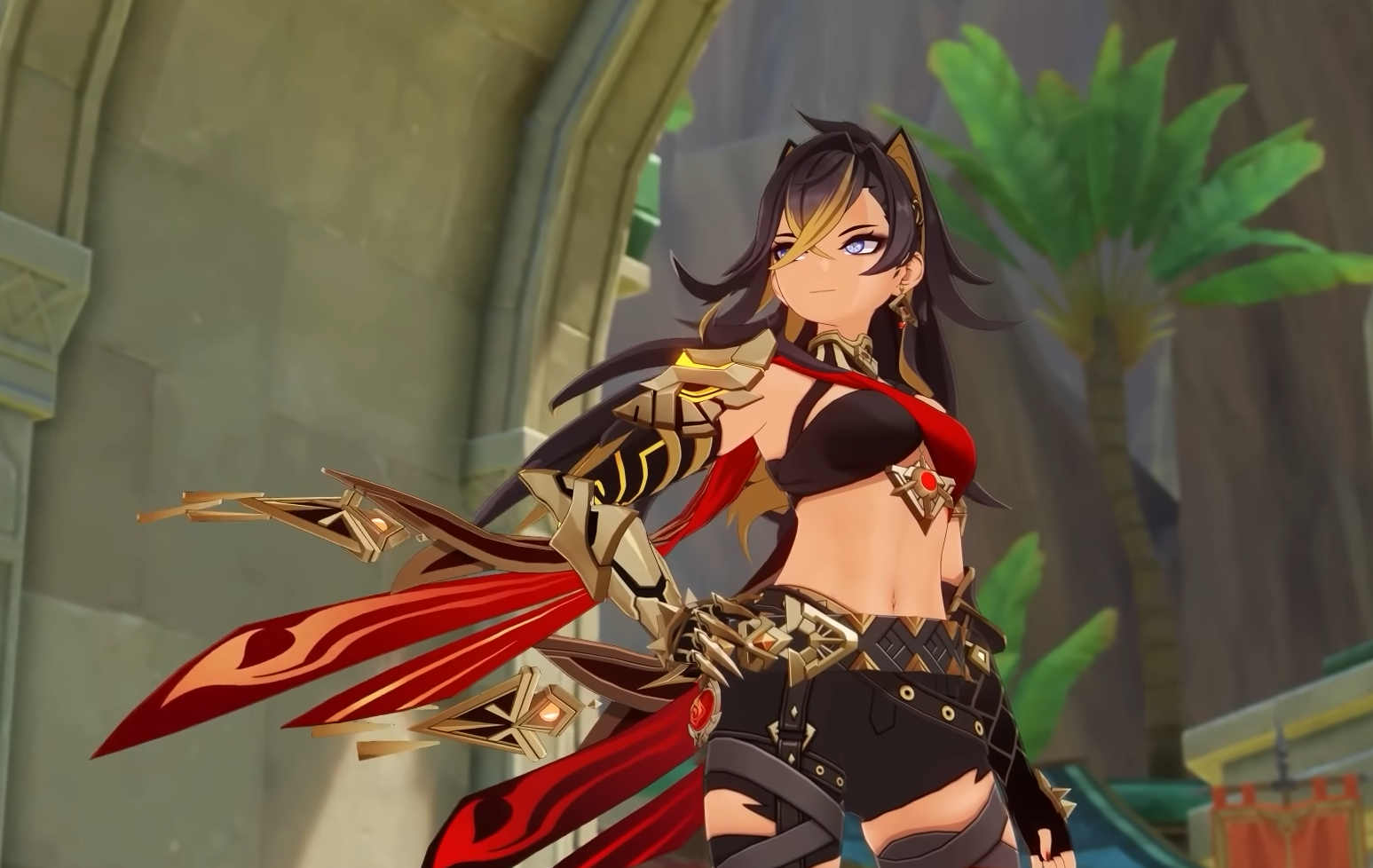 The roster of unique and powerful Genshin Impact characters is always expanding. Genshin’s characters are the very heart and soul of the open-world adventure game as fans continuously try to attain them all.

The official launch of Genshin Impact’s Version 3.0 update was preceded by many leaks and rumors about all of the new content to come. Naturally, among these leaks were many Sumeru characters that players could expect to meet and recruit along their travels.

Players were first made aware of Dehya when she was leaked alongside a group of other Sumeru characters back in July. Since then, Genshin players have been eager to learn more about her due to her stunning and detailed appearance.

Genshin Impact players are also especially interested in Dehya due to her being a character who has a slightly darker skin tone than most of the characters that miHoYo releases. The lack of diversity in Genshin’s pool of playable characters is a huge problem that fans continue to discuss, and one that miHoYo keeps getting called out for, so it’s no surprise that fans get extra excited when they see someone who is a bit tanner like Dehya.

The only definitive information known about Dehya is that she is a Pyro character and a mercenary working for The Eremites in Sumeru. Players will come across her during a few Archon quests that were released in the Version 3.0 update.

Speculations surrounding the character hint that she may be a claymore character due to leaks that have been found as well as her official appearance with a massive sword, which would thus be a claymore, in a promotional video for Sumeru that miHoYo shared. Whether she is a four-star or five-star character has been heavily debated, but generally, it is believed that she will become playable, and thus that players will find out much more information about her when she is.

The Japanese voice actor for Dehya is Ayaka Fukuhara, who has been in the voice acting industry since 2012. Some of her most notable work includes voicing Sayaka Igarashi in Kakegurui, Kamiya in Shikimori’s Not Just a Cutie, and Anastasia Palma in Sakura Wars: The Animation.

Although she has already appeared in story quests and thus her English voice has been heard by players, the English voice actor for Dehya has still not been officially unveiled. It is likely that she will remain unknown until Dehya becomes a playable character, if this does occur.