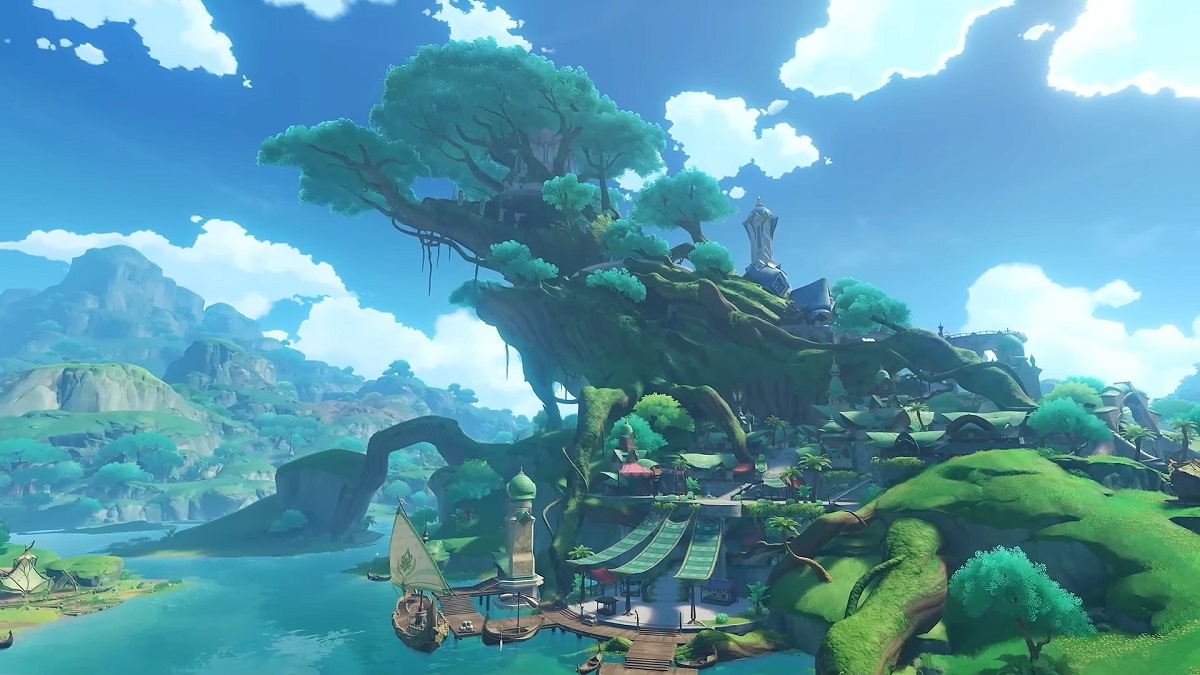 Genshin Impact has been releasing updates since its inception in 2020. Compared to its initial release, the game now has over 50 playable characters with more to be released on the horizon. Along with the characters, there are new regions being uncovered, increasing the size of the world of Teyvat.

In the latest massive update, version 3.0 released the highly-awaited land of Sumeru, complete with the elusive Dendro element that we knew very little about until now. Sumeru is quite an interesting biome, being a combination of both desert and rainforest. The characters introduced in this region are quite varied and unique as compared to the other regions.

From the lore of Sumeru, we know that it is called the Land of Wisdom in Teyvat. True to its epithet, the Land of Wisdom brings with it a lot of interesting and somewhat challenging puzzles to the game. One such puzzle has to do with unlocking one of the Teleport Waypoints in the game. The catch here is that the Waypoint is underwater.

This leads to quite a predicament because you will have to dive down underwater and solve a series of puzzles to get to the Waypoint itself. Once you get there, it is only a matter of activating it before you can use it to proceed further. But how do you get to it?

How to unlock the underwater Teleport Waypoint in Sumeru

To unlock the Waypoint, you must first find the Waypoint. It lies at the bottom of a lake in the Vissudha Field region, just to the left of the Statue of the Seven. Once you get to the location in the lake marked above, follow these steps to unlock the Teleport Waypoint.

From this point, there will be multiple things to do to progress slowly till you get to the Waypoint.

After this, the next part of the puzzle will have to be solved to proceed further.

Once the Dendrograna is ready to be used, head back to the rocks with the Dendro symbol to continue.

Now that the water level is completely lowered, you can head out of the cave at the lowest level. Here, you will find the Teleport Waypoint. Interact with it to activate it and you’re all done.