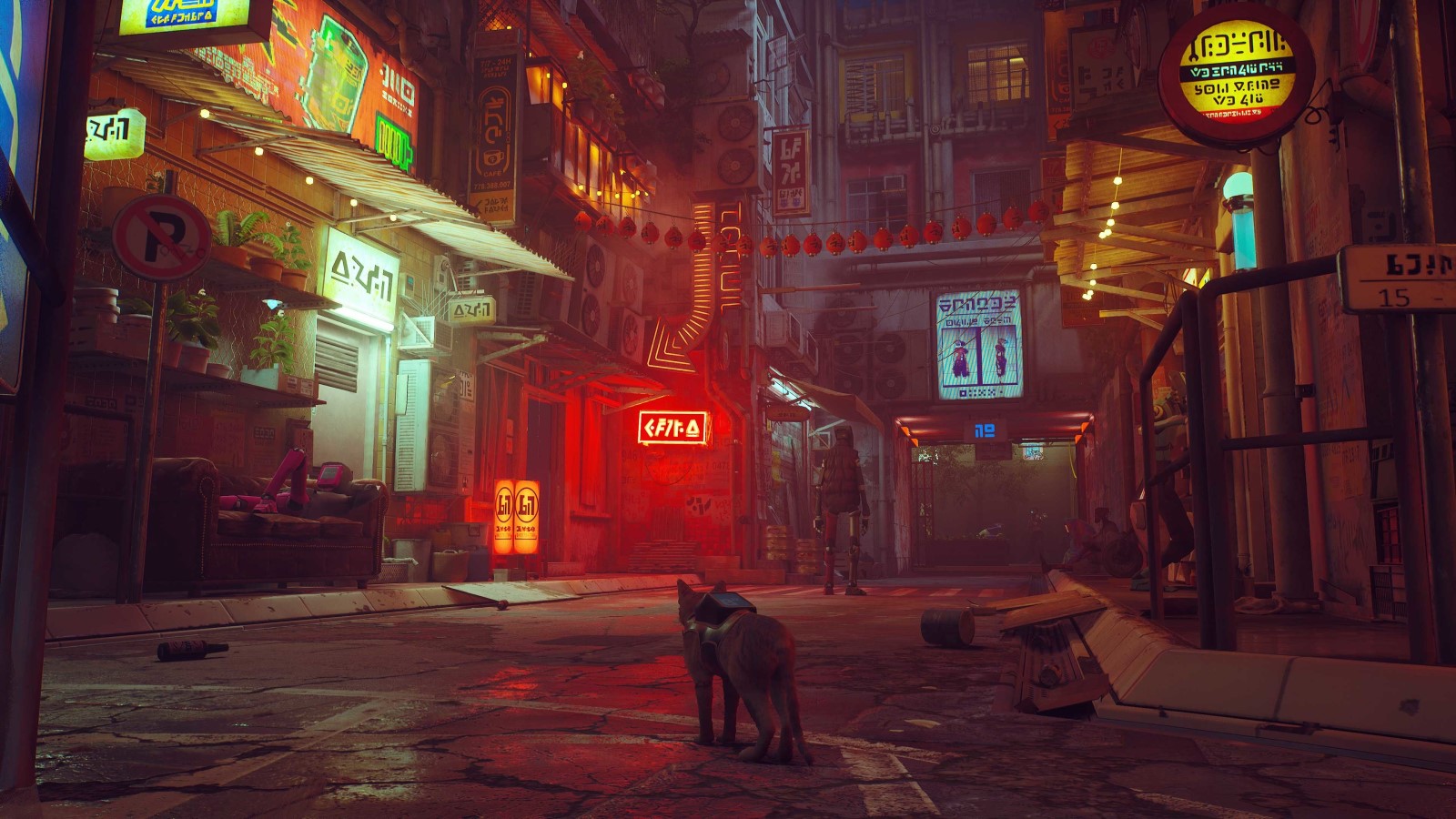 Stray is a third-person adventure game set in a forgotten city in a cyberpunk setting. You play as a stray cat looking to escape that place and find your family. Along the way, exploration, puzzles, and enemies will take you on a unique journey to unveil an ancient mystery—all with the assistance of B-12, your drone companion who helps translate the language of robots.

The game was developed by the indie French company BlueTwelve Studio and is published by Annapurna Interactive. BlueTwelve defines itself as a small team “mostly made up of cats and a handful of humans” and Stray is its first and only game. Annapurna has published titles like Journey, Sayonara Wild Hearts, and Florence.

Originally slated for a 2021 release, the game was pushed back to 2022 because the studio did not want to “compromise on quality” or sacrifice “the team’s well-being.” At the time, the team aimed for a tentative early 2022 release, which ultimately became summer 2022. Now, players have an actual date to look forward to as well.

When does Stray release?

Stray’s final release date is July 19, 2022. This information was confirmed in the most recent trailer for the game, which came out in June and showcased some gorgeous gameplay footage alongside an ominous soundtrack.

You can play Stray on PC via Steam, PlayStation 4, and PlayStation 5 when it comes out. The game is available for pre-purchase on Steam at 10 percent off, for $26.99. In the PlayStation Store, players can add it to their wishlist to get notified when it becomes available.